It goes down this Saturday at Mammal Gallery: "Nobody will leave without silicone in their hand!" 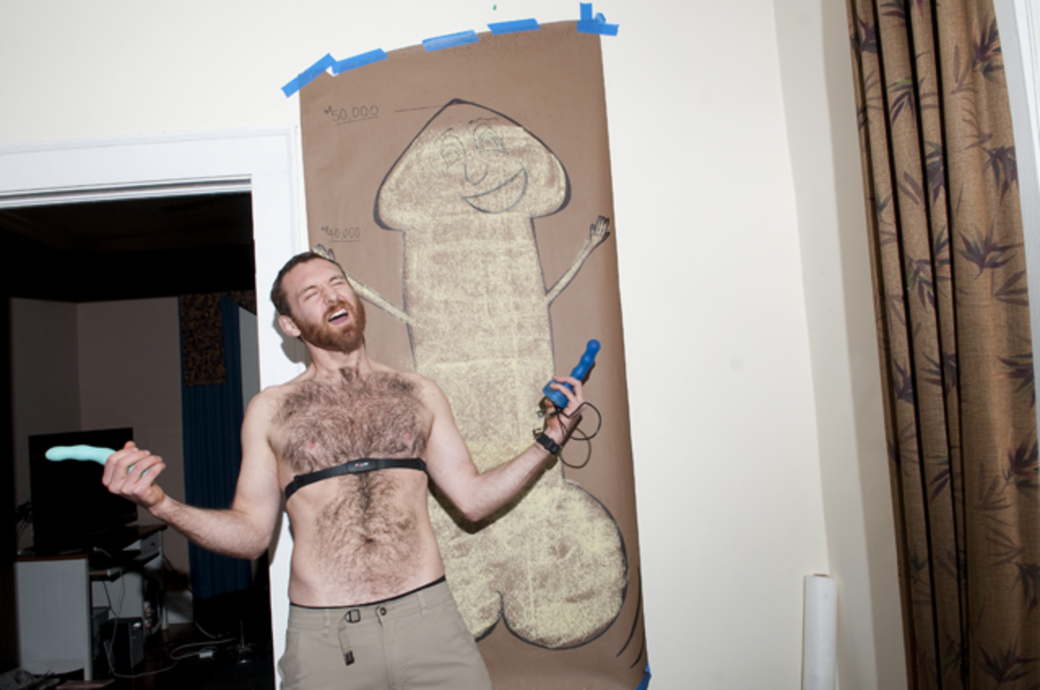 After raising close to $60,000 via crowd funding and turning their Candler Park basement into a makeshift dildo manufacturing hub, the patent trolls came out of the woodworks. Unable to fund a costly legal defense, the Georgia Tech alumni officially closed up shop earlier this year. In a February post on the startup's website titled "Sorry, the Mod is cancelled" co-founder Andrew Quitmeyer and the team outline the many obstacles they were up against: expensive international lawsuits, a squeeze on capital, and conservative business practices that made it hard out here for a sex-tech startup. Comingle was even kicked out of two startup incubators and an art exhibition after being invited.


The business may have failed, but Comingle stands as a grand social experiment. So this weekend, they're having a party. Billed as the Comingle Funeral, Saturday's shindig at Mammal Gallery doubles as an art show, workshop, and yard sale with the promise that "NOBODY WILL LEAVE WITHOUT SILICONE IN THEIR HAND!" (see complete schedule of events via the link or below). Some of the proceeds will go to the next Ladyfest Atlanta. In advance of the event, I interviewed Quitmeyer via email to get more insight about the challenges Comingle faced, their place within the Atlanta startup community, and the future both for open-source sex tech and the company founders.

You mentioned there being multiple factors for the demise of Comingle, but I'm most curious about this "big dumb lawsuit." Can you explain?
There is an evil Texas billionaire who is a huge patent troll, and has been wreaking havoc in the Sex Tech industry by suing any small company making any kind of digital interactive toy. The billionaire actually just died, but the lawsuit still goes on. This lawsuit really choked our ability to raise funds or continue running the business

What were some of the other big challenges?
A lot of resources normally available to many small businesses, aren't available once you are involved with sex in any way. For instance, even Mailchimp a nice friendly ATL company, won't let us use their services to send emails to our customers. But it's not their fault, if they do, Google will blacklist them, and the reason Google blacklists goes back to credit card companies exploiting people involved in sex industries for crazy amounts of money. It all goes back to greed and puritanical bullshit.

Did Georgia's antiquated sex toy law ever present a real threat?
Not directly, but it lead to the president of Georgia Tech kicking us out of the GT Startup accelerators that GT invited us to in the first place. Again, lots of doors slam shut once you are involved with sex. In some ways it's nice for us to use this to shine a light on this big problem that has been affecting people working in the sex industry forever.

How did Atlanta's tech scene receive Comingle? Were you all ever made to feel at home in the local tech community, or were you viewed as the curious outcasts?
The tech scene was fine. We were very popular, but again, everyone wants to be friends with the cool, sexy rebels, but nobody actually wants to financially help them at all. We almost got saved by working with others in the local sex tech industry. Liberator actually offered us real support, but by then it was already too late

So much of what Comingle was about as a startup was a push for freedom of creative expression and innovation — whether that be through advocating for sex-positive communities or experimenting with open-source technology. On that level, at least, I imagine you have to see this experience as a win-win regardless of the business outcome?
We got in there and opened a lot of people's eyes, in both the sex and the tech worlds, to the horrors of greedy people trying to lock up information, while also showing the cool stuff that happens when communities share info and build cool stuff for the better good of us all. So I think we were a success if those ideas can stay out there!

For potential startups that have the desire to follow in Comingle's footsteps, what kind of advice would you give?
Find a good reliable source of funding, put a lot of effort into connecting with communities, and don't try to start a whole big international business in parallel with earning your PhD.

What are you and your co-founders' future plans? I thought I heard something about you taking a professorship out of the country, but you'd never leave Atlanta would you?
Sadly my Atlanta time is limited. I've accepted a cool professor job at the National University of Singapore. I move there in December. It will give me lots of good chances to continue my work building animal interaction devices with scientists in jungles. There's also a secret project coming up that will either be really big and crazy or just really big and dumb! If it happens you'll probably know it.

For Craig and Paul, they are looking at a bunch of different opportunities now. So if you know anyone looking for the most brilliant coders and designers, they should try to snatch them up now.