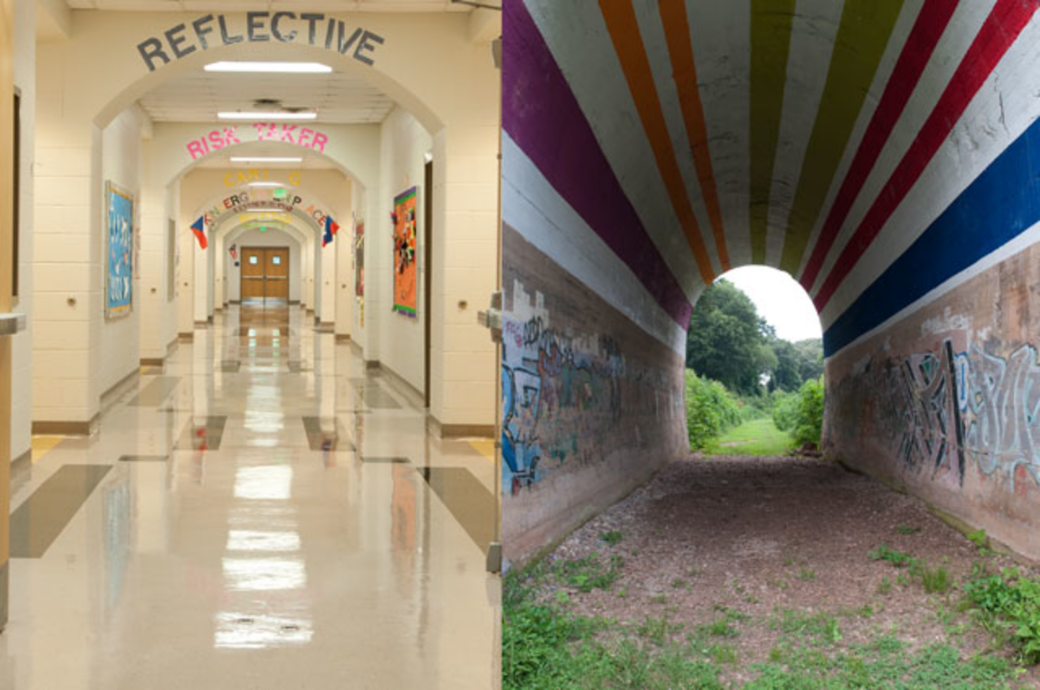 Until four months ago I lived in Midtown, just a few blocks from the Atlanta Beltline's Eastside Trail. A few times each week, my daughter and I would walk the trail from Piedmont Park to the Historic Fourth Ward Skatepark. I recently moved to Ormewood Park, where the southeast segment of the trail could be several years from being started. And the view is quite different. That, combined with the recent birth of my second daughter, has changed my perspective on the Beltline.

In a few years, my daughters will attend APS for the first time. When I read Mayor Kasim Reed's comments about his refusal to pay millions of dollars to Atlanta Public Schools as part of a deal to fund the Beltline, I was taken aback. Judging by his comments, he prioritized Beltline funding over paying back cash that was owed to the city's struggling public school system.

"Nobody is going to negotiate at the end of a gun so if you're going to take hostages you better be prepared to shoot the hostages," Reed said at a Beltline board meeting on June 11.

Reed's harsh comments were directed at outgoing Atlanta Public Schools superintendent Erroll Davis. The former superintendent, who was recently brought back by the board to advise on the Beltline payment dispute, had urged the city for months settle up its debt with the public school system. In light of this brouhaha, I believe this key funding source for the Beltline needs to be revisited.

APS officials say they're owed about $7 million in 2014 — part of a total of about $160 million over the life of the smart-growth project between now and 2030. The money owed stems from a 2005 contract that outlined the Beltline's funding sources — a special tax district known as a "TAD." APS agreed to forgo some of its property tax revenue, while the city would pay the school system a fixed annual sum in return. The funding mechanism hinged on the assumption that property values would rise, which was supposed to fuel the TAD to pay for much of the Beltline's construction.

But then the Great Recession happened. Reed thinks the deal needs to be renegotiated, given the current economic climate. Like the mayor, many Beltline supporters are quick to point out that the project was cold-cocked by the economic downturn and a lengthy lawsuit that put the TAD, its main funding source at the time, in jeopardy. But before taking funds from the school system, Beltline officials should have ensured that the funding source was constitutional and acknowledged that property values might not always climb, no matter how bullish the market appeared.

The project's officials initially expected that the TAD would cover an estimated 60 percent of the Beltline's costs. But in reality, the TAD has not met revenue projections and only made up roughly one-third of the project's funding. It remains one of the Beltline's largest funding sources, but it has also placed APS in jeopardy of losing millions of dollars each year to help keep the Beltline moving forward if city officials don't pay up. Given both the mayor's refusal to pay the full amount, and last decade's fluctuating housing market, there are no guarantees those checks to reimburse the school system will ever arrive.

I find the deal offensive. We're taking money from our struggling public school system and giving it to the Beltline. Yes, it's a relatively small percentage of the APS budget that is impacted by the legal battle. But it sends the wrong message, especially when APS graduates only 58.6 percent of its students and lacks playgrounds at nearly 20 percent of its elementary schools. Atlanta's public school system already struggles to find available resources to overcome its biggest obstacles. It shouldn't have to plead with city officials — ones who are supposed to serve the best interests of all Atlantans, including the students enrolled in the public school system — to get cash it was already promised.

The mayor has defended his stance by saying that the Beltline is "the most popular public project in the entire city of Atlanta — by a lot — more popular than the Atlanta Public Schools." It's easy to borrow money to fund a popular government project program. The Beltline has provided Atlanta residents with some good things: hiking trails, parks, public art, and affordable housing (which will be needed if the project prices people out). In the future, it could even connect neighborhoods and attract new residents to the city. But it feels to me like the biggest thing we have to show for nine years and tens of millions of dollars is a nice 2.25-mile bike trail in one of the nicest parts of the city.

In a perfect world, the city would immediately pay APS what it's owed. And the TAD would be replaced with a funding source that doesn't rely on a roller-coaster housing market and diverting money from the city's schools. That probably won't happen, considering the political realities and potential legal consequences. But it would be irresponsible to move ahead without at least considering alternative options. No matter the end result, the city needs to live up to its end of the bargain. In the process, officials shouldn't set a precedent whereby it mortgages the quality of Atlanta's public school system to pay for a 22-mile loop of parks, trails, and transit.

Do you know someone who smokes pot? | more...
Search for more by Joeff Davis