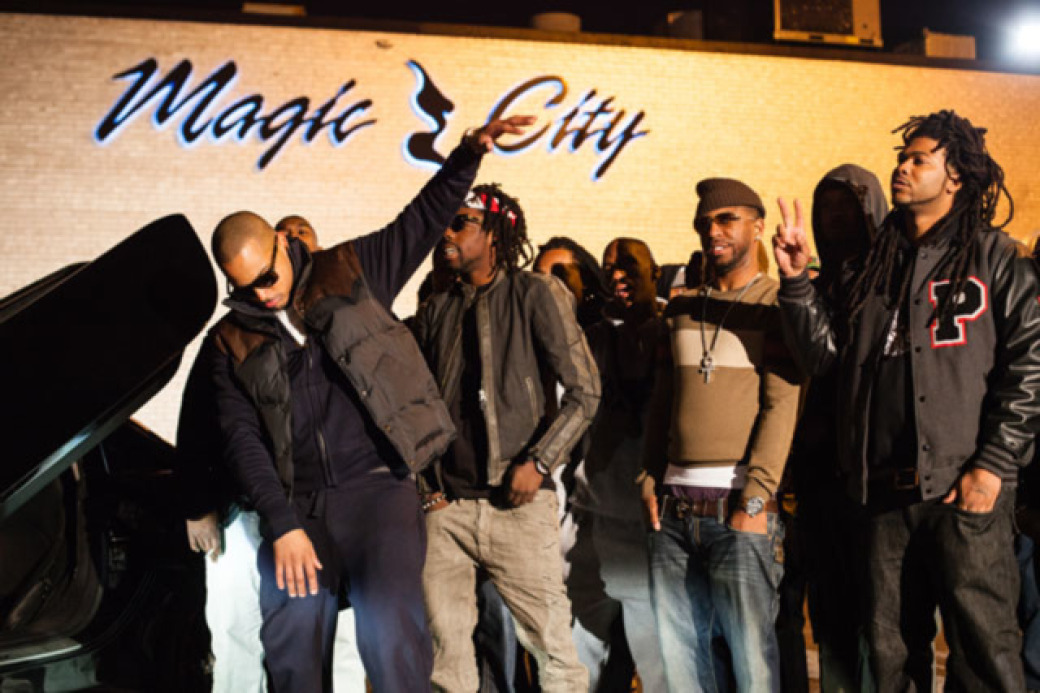 At Magic City shaking titties just to pay the rent

Lord, trying to hustle must be something that was heaven sent

Before strip clubs became proving grounds for Atlanta's new music economy, the city's nightlife was already the stuff of legend.

By 1993, Blondie had long been holding down the Clermont. Freaknik began attracting hundreds of thousands to its annual lock down of city streets, nightclubs, and malls. And OutKast was shooting performances in front of former West End strip club Montre's Lounge for its first video, "Players Ball."

Fast forward a decade and a new ordinance that shifted bar closings from 4 a.m. to 2:30 a.m. brought an end to an era bookended by Gold Club owner Steve Kaplan's alleged VIP-room prostitution ring and BMF honcho Big Meech's rainmaking ways in Magic City. But OutKast and Dungeon Family had partaken in Atlanta's nighttime underbelly during its prime.

"The glory days are when Rico had a deal," says Dr. Dax, simply known then as "the white boy in Dungeon Family," about Rico Wade's deal with Interscope Records. Dax used to see Big Boi and Andre around skipping school and hanging at clubs before they ever put out an album. Their success along with Dungeon Family's rise led to some lifestyle changes.

"That's what I considered the true New South," he says. "We started living together, making money together, fucking girls together."

Now, a respected artist in his own right, Dax loves telling stories about the long nights of yesteryear and his experiences on tour with Big Boi and Andre. In fact, one particular instance involving 2001's Stank Love Tour stands out.

It's not clear exactly what was said, but Dax can remember that damn thing like it was yesterday. While in New Orleans during Mardi Gras, Big Boi was approached by Britney Spears who said she was a fan. Before she could even get out another word, Big Boi leaned in and whispered something in her ear, inaudible to both of their entourages. "He said some freak player shit and she wasn't ready for it," Dax says. Britney's jaw dropped, while Justin Timberlake was off somewhere writing "Cry Me a River."

Moments like these were common during the days of touring, booty clubs, and partying according to Dax. Dax met the duo back in '98 at the video shoot for Goodie Mob's "Black Ice." He eventually clicked with Big Boi, becoming his "goonie minion," in between selling dope, throwing parties, and being more or less a "henchman" for everyone in Dungeon Family. He calls Big Boi his "guardian angel" and "like a best friend," and says Big and Dre both embraced Atlanta's club scene, especially Club 112 around the time of Stankonia's release in 2000.

Looking at Polaroids of himself with Andre, Big Boi, Gipp, and other Dungeon Family affiliates at the now closed haunt of ATL music royalty, Dax laughs in response to the "player and poet" shtick once used to describe the Big Boi-Andre dynamic.

"They were both players and poets," he says. "Real life — Andre is the ultimate ladies man. He is kind of a shy guy, but trust me, he loves women."

These days the scene is much different than it was when OutKast and Dungeon Family would take breaks in between recording at Stankonia to frequent the booty club for extra inspiration. While strip clubs have normalized to the point of being considered Atlanta hip-hop cliché, they face increasing challenges as the city attracts more conservatives. Brookhaven is doing what it can to shut down the Pink Pony. And in a telling sign of the economic strain, Follies and Magic City are being sued by their own dancers over minimum wage and overtime pay. Not to mention that older strip joints like Montre's, Club Nikki, and the Gentleman's Club of the good ole days have since closed, along with other popular Dungeon hangouts including the Bounce and Central Station.

Legendary might be understatement Dax says. "No one had fun like we did. You'd have to be Willie Nelson or some shit."