Atlanta According to Nick Niespodziani 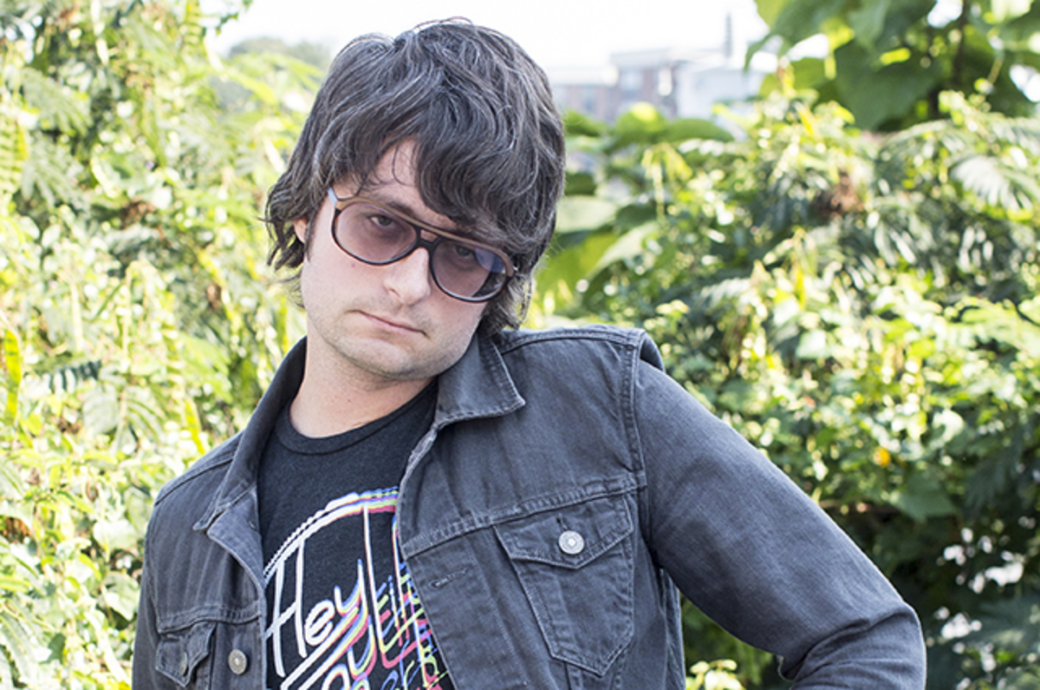 Yacht Rock Revue's Nick Niespodziani has been an Atlanta resident for 13 years. Front man for one of the most popular '70s light rock tribute band in America, he quickly fell for our city when he and bandmates/friends Peter Olson and Mark Cobb moved here after graduation from Indiana University. Yacht Rock Revue began as a lark in October 2007 and now plays venues like Turner Field and performs showcases on music cruises with rock legends. Niespodziani and Olson, along with chef Nick Melvin, are partners in a new restaurant/bar/music venue/entertainment concept, Venkman's, in Old Fourth Ward.

I decided to make Atlanta home because New York would have required 2 day jobs, every other musician from Indiana went to Chicago and Atlanta was clearly on the rise.

The connector during rush hour is the place I would advise someone to never go in Atlanta. I plan my life around avoiding traffic — it's a happier way to be an Atlantan.

The best advice you could give Atlanta visitor is to get recommendations from a local on where to stay, what to do and where to eat. If you only stay downtown, check out the Aquarium and eat at the Hard Rock, you're missing the point.

The Beltline Eastside Trail is my favorite neighborhood. In a shockingly short time, it has transformed Atlanta into the kind of city I've always wanted to live in.

Highlands, N.C., is my favorite place to go when it is really freakin' hot because it's a lot cooler there and you can go hiking without risking your respiratory health.

The first 3 words that come to mind when I think of Atlanta are underrated, evolving and brunch. Maybe a better answer would be brunch, brunch, and brunch.

Atlanta's motto should be "Southern in All the Right Ways." Or: "Home of John Lewis." He's our city's biggest living hero and I'm proud he's my congressman.

The best place to see live music in Atlanta is Variety Playhouse. We play theaters of that size all around the country and it's probably the best-sounding room we've played.

My House is my favorite neighborhood bar/restaurant now — not because there aren't a ton of amazing places, but because when I'm not on the road I love to cook and I know my bar will always have the liquor and beer I like. Plus my wife and dog will be there!

Venkman's is where I take visiting musicians for dinner. It's my spot! We recently hosted our Yacht Rock Revival Artist Party there for Steve Augeri of Journey, Jeff Carlisi of .38 Special, Robbie Dupree, Walter Egan, Peter Beckett and Ronn Moss of Player, Elliot Lurie of Looking Glass and Brian Ray of Paul McCartney's band. Did I just drop a few names there or WHAT?

Taqueria Del Sol is my favorite place to go for a chill, weeknight dinner because it's fast and I feel like I'm always in a hurry. Also quite swell: Staplehouse, the Porter, Leon's, the new location for Victory, the Little Italy district by the Antico guys, the Albert, Superica ... tell me if you want me to stop ... Highland Tap for martinis, eating at the bar at Sotto Sotto, and Grindhouse any night except trivia night (even though that guy plays good tunes I hate trivia).

The best place to prove to your New York friends they don't have a monopoly on everything is Antico Pizza Napoletana (and my favorite place to overeat).

The Center for Hard to Recycle Materials — CHaRM — at 1110 South Hill Street is the city's best kept secret. It's a place to take all of the nasty stuff you know you shouldn't throw in the trash, but can't be recycled curbside: paint, tires, chemicals, mattresses, electronics, Styrofoam, cooking oil, plastic dry cleaning bags ... It just opened in April and you can find out more at LiveThrive.org. Let's not let it be a secret for long! (Full Disclosure: I'm the president of the board of Live Thrive Atlanta, the non-profit that opened the center.)

My favorite Atlanta musicians are the ones who sub for me from time to time in Yacht Rock Revue so I can do normal stuff like get sick or report for jury duty or go on vacation.

My favorite place to unwind after a show is in the green room with my bandmates and some beers. Singing is very physical and it usually feels like I just played a basketball game, so I like to have quiet time away from people. Plus I don't drink until after the show is over and I'm really very introverted anyway. Don't talk to me. The hang after a Variety show is always great, there is plenty of room for friends and family. But I'll always have a soft (stool) spot for Smith's and the green room walls filled with poop band name puns. Our best contribution was Crosby, Spills, Splash and Dung. My personal favorites include Mott the Poople, Janis Ploplin and Rage Against the Latrine.