Atlanta according to Vanessa Toro

Fierce tees notwithstanding, her love affair with Atlanta is no tease 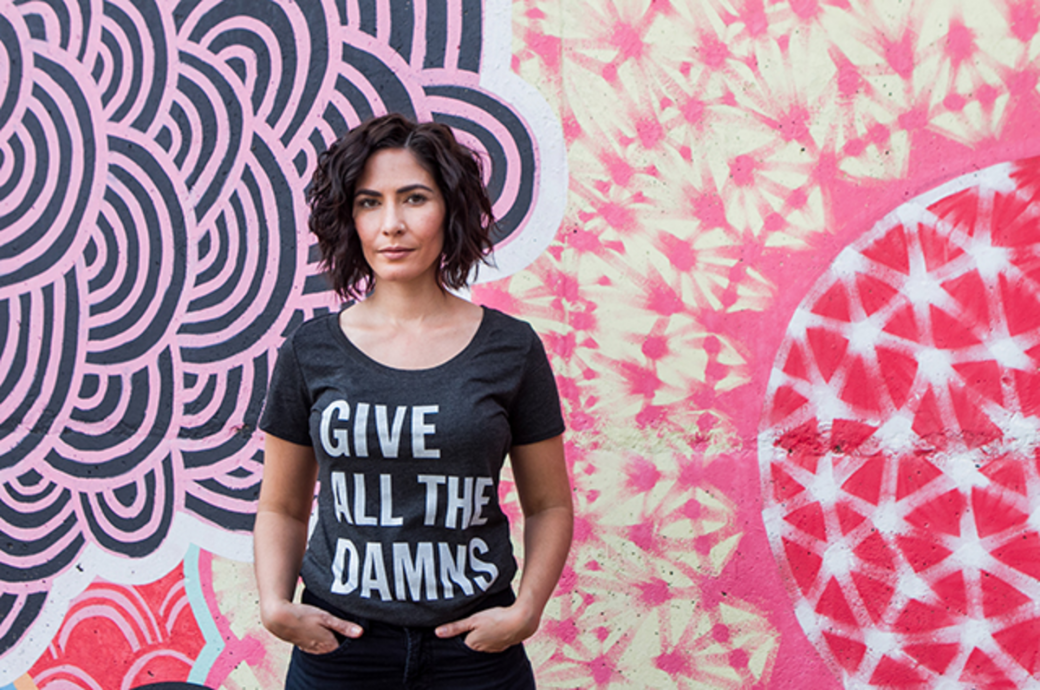 Vanessa Toro gives all the damns. So much so that the global ad agency strategist and local creative entrepreneur co-founded a T-shirt line in 2015 called Rabble & Rouse. Imprinted with imperatives meant to combat the rise of no-fucks-given apathy, the tees are every bit as outspoken as Toro. Since relocating to Atlanta from New York in 2008, her Revel Forces event planning turn-ups have become equally inspired — from the comical Tacky Xmas Lights Trolley Tour to the arts-and-culture-minded Bomb Shell Easter Egg Hunt for (mostly) adults. The well-traveled native New Englander with roots in Puerto Rico and Colombia admits she's never felt more at home than right here.

Los Trompos, the installation at the High, is my favorite spot in the city to think deep thoughts by myself. I go pretty much every day because my office is next to it. It's just an opportunity to walk out, clear my head, go get inspired, not have people bother me, and then come back to the office with ideas. It's really nice to have something playful so close by.

The places I would advise someone to never go in Atlanta are any of the Downtown tourist trap spots: CNN Center, Coca Cola Museum, the Aquarium.

The best advice I could give Atlanta visitors is never bother with a chain restaurant when coming here. A lot of people like to stick with what they know. But we have so many great local options that I think people would be absolutely remiss to not fill their itinerary with a bunch of local spots. I would be offended if someone I knew went to eat at Applebee's. I wouldn't let it happen.

The spray grounds at Old Fourth Ward Park is my favorite place to go when it is really fucking hot.

My favorite nature spot in ATL is Lullwater Park.

The first three words that come to mind when I think of Atlanta are scrappy, colorful, and dichotomous. I love Atlanta.

My favorite Atlanta annual event, though I think they do it more than that, is Atlanta Streets Alive. I feel like it provides a vision for what we could be. That whole concept is borrowed from a Colombian practice in Bogota, where they basically shut down everything on the weekend. I would love for that to be more a part of Atlanta life, not just one day every six months, but like on Saturdays, no cars, period.

I mostly hang out in Cabbagetown and Old Fourth Ward, but between the two I'd probably say Cabbagetown is my favorite neighborhood. I like the narrow streets, the architecture, also the vibe, a lot of my friends live there. There are a lot of colorful things to encounter, whether it's people or art or musicians playing outside of Mary Todd. It's very neighborly and I like that.

John Lewis is my favorite living Atlantan. Or Killer Mike. They're both up there, but John Lewis inspires me. I have a big poster of him in my office with his mug shot.

The weirdest thing about Atlanta is old people have no chill. I think it's weird in a good way. These institutions that thrive here that are about old people, like the Clermont (which I love; I used to be the mayor on Foursquare) and Johnny's Hideaway and Southern Comfort; these old people just don't quit. I had a lady come at me with her cane at Johnny's. And the Clermont, their whole entire legacy is based on retirees who are not retiring. I just find it very interesting that it doesn't matter how old you get. And I like that 'cause I'm like, word, I can go hard forever.

My biggest pet peeve about Atlanta is an influx of people who don't actually like city living but they move to the city. I don't know if they didn't think it through. I don't know what's going on, but it's very strange to me. It pisses me off, i.e. the lady calling 911 on MJQ.

Speaking to its scrappy spirit, I'd say Atlanta's motto should be 'Don't talk about it, be about it.' There's so much talk but the hub of the culture here is just people who go out and do.