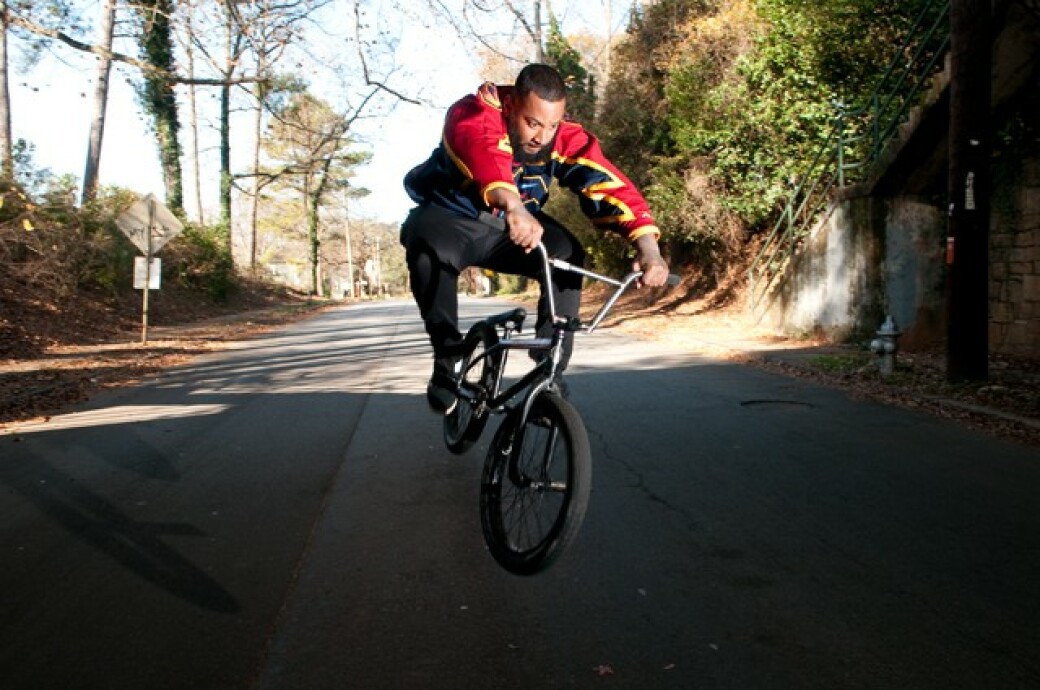 FRKO is 100 percent Atlanta — born here, creating here, and helping build up fellow artists here. You may recognize him as one of Creative Loafing's 20 People to Watch in 2016 or as the cover artist behind this year's Golden Sleaze Awards. Or maybe you've seen his work via Action Bronson, the A3C Hip-Hop Festival, Phoenix Festival, or Forward Warrior. When he's not busy hustling on new projects, rabble-rousing, or riding his bike, here's where FRKO hangs out in the city.

The street is the best place to see art in Atlanta.

The best advice I could give an Atlanta visitor is don't go to the Varsity. You won't survive the rest of your night due to the bubble guts, plus it ain't GMO free. lol

Something I know about Atlanta that nobody else knows is that it's against the law to tie a giraffe to a street lamp.

Sneaking into any public or private pool is my favorite place to go when it is really fucking hot.

Rooftops are the best place to freak, even though I freak every second of my life.

The suburban (Gwinnecian) people coming in town on the weekends and fucking up traffic is the weirdest thing about Atlanta. Also it's weird that restaurants/shops in Downtown close at 5 p.m. Ain't shit to do at night Downtown. It's like zombie land.

The first 3 words that come to mind when I think of Atlanta are home, humid, and man idk. I've been here my whole life and I ain't ever relocating. I was born here and I'm gonna make babies here with my lady and the cycle continues. I'm going to need a street named after me in 2055 right before I die. FRKO St.

Take me to drink an Ice House/talk shit with bums at a good corner store on my birthday, which is every day.

The Atlanta of the future includes hopefully the city saving some original culture instead of tearing all the historic shit down to build condos for the new cornballs to move into.

Auburn Ave. Festival is my favorite Atlanta event. A3C too.

"CHOP CHOP NEXT STREET FOOD MASH UP" in EAV on a late night of drinkin' gin straight is my favorite place to go for munchies.