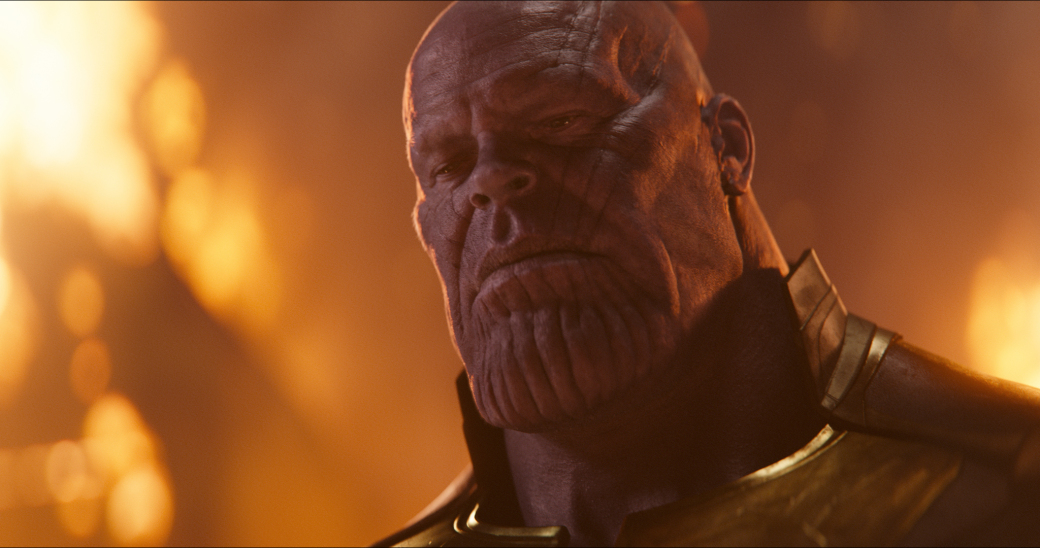 But viewers not versed in the 19 films (to date) of the Marvel Cinematic Universe will likely find it baffling, or maybe stupefying. “Infinity War” gathers plot points and dozens of characters established in the previous movies. Filmed in the Atlanta area and rumored to be one of the most expensive movies ever made, “Infinity War” makes little attempt to be a standalone story and instead feels like a climactic chapter in a one-of-a-kind cinematic epic, giving it both its strengths and limitations.

There’s not even a “Previously on…” montage to catch audiences up: the action essentially begins in media res, shortly after the finale of last year’s Thor: Ragnarok. An interstellar refugee ship has been attacked by Thanos (Josh Brolin), a pumped-up purple alien warlord intent on tracking down the six “Infinity Stones.” The all-powerful MacGuffins have popped up in many of the earlier movies and, when brought together, will give their owner complete mastery over the universe.

Earth’s mightiest heroes get word that Thanos is heading for our planet to nab the two stones in possession, respectively, of Dr. Strange (Benedict Cumberbatch) and the android known as The Vision (Paul Bettany). And while the Avengers disbanded with the events of Captain America: Civil War, Tony “Iron Man” Stark (Robert Downey Jr.) realizes that the threat is serious enough to put aside his differences with Cap (Chris Evans).

As was the case with 2012’s original Avengers, Infinity War finds considerable appeal in teaming up characters for the first time: Stark and Strange, for instance, have such oversized egos they immediately try to one-up each other. Meanwhile, the Guardians of the Galaxy meet Thor (Chris Hemsworth), whose godly physique makes Peter Quill (Chris Pratt) comically self-conscious. The Guardians’ Gamora (Zoe Saldana) has a personal connection to Thanos, being his adopted daughter and knowing exactly how dangerous he is.

Directed by Anthony and Joe Russo (who also helmed Winter Soldier and Civil War). Infinity War hits the ground running and scarcely lets up for two and a half hours. The story splits the heroes into subgroups and sends them on side quests across the universe. Captain America’s team, for instance, bring The Vision to the high-tech stronghold of Wakanda, locale of 2018’s hit Black Panther, bringing in fan favorite Shuri (Letitia Wright) for a key role. Straining at the inclusion of so many characters, the script gives most of them a moment to shine, although the more grounded characters like Cap get marginalized by the cosmic goings-on.

Infinity War incorporates the sense of humor and warmth that’s the MCU’s secret weapon, and includes some tender moments between The Vision and his lover, the Scarlet Witch (Elizabeth Olsen). Thor even has a heart-to-heart with Rocket Raccoon (voiced by Bradley), neatly continuing their character arcs from their previous films. Yes, you’ll be emotionally invested in the relationship between a Norse thunder god and a talking space raccoon.

Despite having been teased since the closing credits stinger of the first Avengers movie, Thanos’s motivations are a little sketchy. In the original 1991 comic book miniseries The Infinity Gauntlet, he wants to destroy half of all life in the universe to prove his love for death. Here, he has the same goal, but professes a wish to save the universe by easing its overpopulation. Despite playing such a weird character under such high expectations, Brolin gives a remarkably subtle performance beneath the CGI-enhanced effects.

Brolin makes Thanos a fanatic burdened by his sense of mission, a sadist increasingly respectful of the heroes who oppose him. The closer he gets to his goal, the more ambivalent he feels about it. Brolin almost single handedly brings some thematic heft to a story that could otherwise seem like a series of action scenes — like the equivalent of a theatrical stunt spectacular — no matter how lavish or imaginative they might be.

Many reviewers have already described Infinity War as half a movie. It was filmed back to back with its second part, originally called “Infinity War Part II” and now officially untitled, due for release in May of 2019. Without spoiling the details, it’s safe to say that audiences may find Infinity War to be more open-ended than they’d like, and it seems unfair to judge this film with its story incomplete.

In terms of sheer spectacle, Avengers: Infinity War can claim a place with some of the best “middle chapter” movies, like The Empire Strikes Back or The Lord of the Rings: The Two Towers. But those films feel like complete emotional journeys in a way that Infinity War does not. The film offers a thrilling combination of fantasy, science fiction and superhero epic with few precedents in the big screen. But as one chapter in an ongoing, interlocking narrative, it’s hard to view it in a vacuum. ★★★★☆