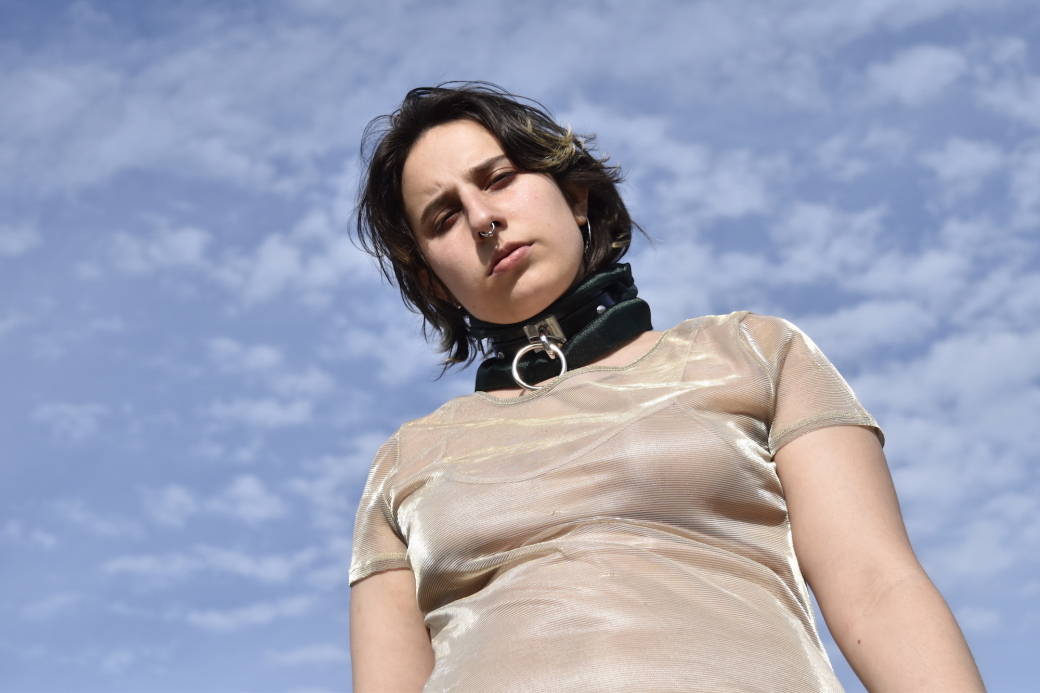 Leo Heikkila, an Atlanta-based electronic music singer and producer better known as AGYN is co-founder of the local music collective GNR Sound. For the last three years, Heikkila has worked to create a new rave culture in the city that rekindles the diversity, experimentation, and radical potential that lie at the heart of electronic music’s origins. “I have always wanted to go to raves,” Heikkila says. “Even in middle school my friend and I would get a strobe light and blast house music in my room — we named it Club Placebo.”

AGYN has been a staple of Atlanta’s electronic underground since 2016, crafting a style that evokes the kinetic, shadow-stricken grooves of early house music, and industrial music culture’s outsider aesthetics.

When Heikkila (who prefers gender-neutral pronouns) first started exploring Atlanta’s music scene, they found no clubs that captured the essence of the music’s origins — nothing resembling the Warehouse in Chicago of the late ’70s, where electronic music performances became a place of refuge and celebration for audiences and DJs who were often marginalized by society. “Electronic dance music was created by queer people of color, and raves were places created by those artists as an escape from oppression,” Heikkila says. “Coming to Atlanta, I wanted to experience shows that had that communal vibe and level of representation, but I’d always find myself asking ‘where are the raves?’ Then I realized that there just weren’t any here.”

DIY venues such as Eyedrum, Mammal Gallery, and the Cleaners that catered to experimental artists outside of the indie and punk circuits, became an early home for Heikkila. Yet even these spaces didn't always suit the music of those who performed there. On record, AGYN defies easy categorization by transcending the parameters of techno, house, and club music. Their 2017 debut release Self-Sabotage As Ritual is a menacing patchwork of shifting electronic textures bound by Heikkila’s brooding and fiercely personal lyrics. In the song “SciFi,” Heikkila sings: “Will the tables ever turn? Will I find myself seeking for the sake of people they've hurt? It's scars that I'm reaping."

Loose threads of dance music weave throughout the record as hypnotic, 808-tinged percussion keeps even the most amorphous tracks bound to a rhythm. While traditional modes of dance music treat other instruments as mere complements to the core groove, percussion becomes a tool for heightening the tension and unease created by Heikkila’s penchant for dissonant melodies. “Be Your Boy” exemplifies the technique, as chopped-up snares and chirping hi-hats clash with glitchy synth lines, creating a fitting podium for Heikkila’s declaration that they “won’t put up with your shit,” and won’t “sit and smile.”
“It was weird at first because a lot of times my music was too dancey for the noise shows and too weird for the indie shows,” Heikkila says.

After performing as AGYN, Heikkila started booking more shows to carve out a niche more conducive to their style, and to showcase a broader contingent of local artists underrepresented in shows that often cater to straight, white men. Their ambitions soon broadened beyond merely curating shows as they envisioned a space for multimedia raves that fused electronic music with art installations, dance, vegan food, and activism.

Along with artists Carter Sinquefield and Morrie Pauline, Heikkila started GNR SOUND in 2017, defining it as a collective rather than a traditional music label in order to reflect the breadth of creativity they wanted to represent. GNR SOUND has helped catalyze a sense of solidarity between electronic musicians who create outside of Atlanta’s established, higher profile scenes, whether it’s the expensive pageantry of dubstep shows popular at polished Midtown clubs or the male-dominated rock bands circulating through the East Atlanta Village.

The GNR Mixtape Vol. 1 provides a cohesive snapshot of Atlanta’s stylistically diverse electronic talent, featuring everything from 10th Letter’s psych-collage beats to NO EYES’ spastic footwork. Since its inception, multiple raves and another mixtape have been organized under the GNR banner, in addition to shows featuring burgeoning electronic artists from outside Atlanta such as Machine Girl and Deli Girls. While GNR’s mandate continues Heikkila’s emphasis on subverting the preeminence of heteronormative music, they’re reluctant to label any show as being queer.

“With GNR we didn’t feel that we needed to promote shows as specifically queer because the diversity of our scene should come out naturally in the artists that we book,” Heikkila says. “ I also don't like to label my own music as queer because it can't possess sexuality and find labels like electronic or experimental more fitting.”

Yet Heikkila still sees GNR as playing an explicitly political role. Before performing as AGYN, they spent time organizing with Black Lives Matter and other social justice organizations, witnessing the emotional burnout of activists beaten down by the increasing inequalities of daily life in modern America. GNR shows are conceived as healing spaces similar to the early raves of the late `80s and early `90s, where people gathered not only to dance but to celebrate survival in a world where merely existing can be an act of political defiance for many groups.

Currently, Heikkila’s in the middle of moving to Philadelphia, but plans on keeping GNR active in Atlanta. Even though the label is still in its infancy, they’re already seeing the growth of an Atlanta electronic music scene that’s drastically different than the one they first encountered years ago. “When I first started going to shows in Atlanta, I couldn't find many electronic shows I was interested in or identified with,” Heikkila says. “Now I can find shows happening on an almost daily basis.” -CL-