Vimur, the Chris Alpiar Trio, the Sounds of Animals Fighting, and more events you don’t want to miss 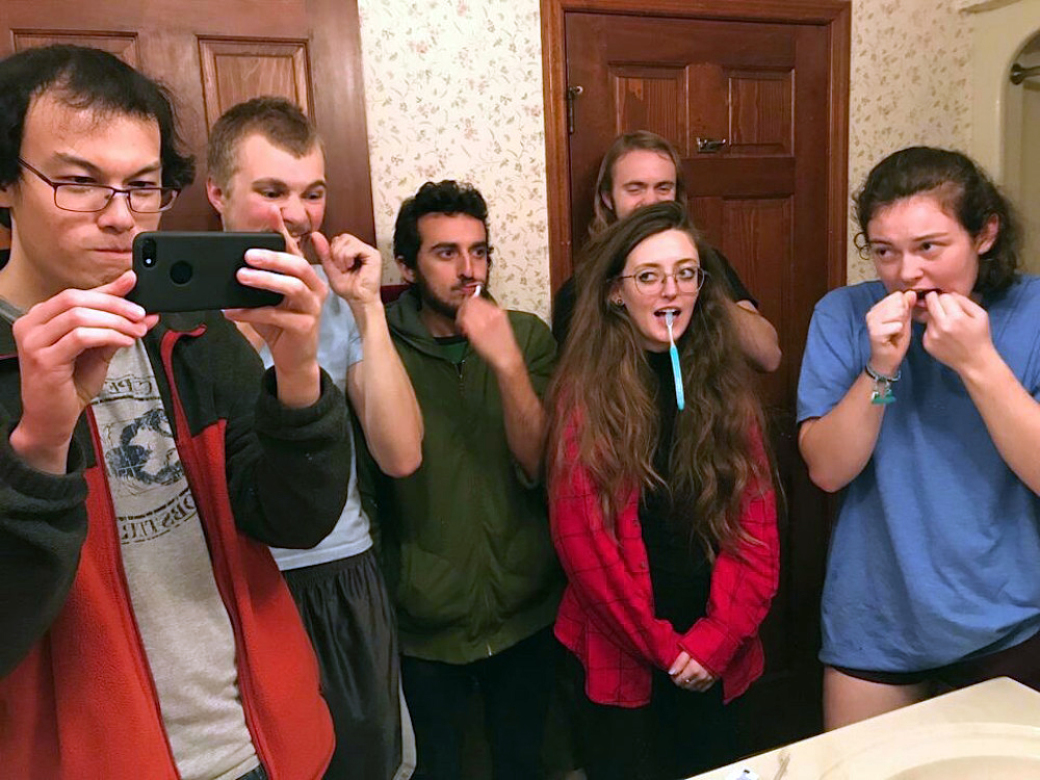 Welcome, welcome, welcome to Creative Loafing’s weekend roundup podcast for March 1-3. Music Editor Chad Radford joins Will Cardwell and Jacob Chisenhall to shout out their top picks for weekend events. Turn on, tune in, go out!

— Hari Kondabolu
Described by the New York Times as “one of the most exciting political comics in stand-up today,” NY-based comedian, podcaster and writer Hari Kondabolu is steadily becoming a staple in the world of modern stand-up. Kondabolu has been a regular guest on hit programs like “Wait Wait, Don’t Tell Me,” “Fresh Air” with Terry Gross and “All Things Considered.” He is also a frequent contributor on “WTF” with Marc Maron, as well as the “Kondabolu Brothers” podcast. With two stand-up albums and a recent Netflix special, Warn Your Relatives under his belt, Hari Kondabolu is now taking his comedic talents on the road. $20-29.50. 8 p.m. Center Stage

Saturday, March 2
— Vimur LP release party, Ectovoid, Encoffination, Internment
With Triumphant Master of Fates (Boris Records), Vimur embarks on a journey of self-mastery and personalizing occult concepts. The album juxtaposes lightning-fast riffs with glacial movements — simultaneously moving faster and slower than anything the group has released before. The album sways between moments of sinking despair and radiant fury, as each song amplifies the highest highs and the lowest lows of the group’s spiritual and intellectual quandaries to attain baroque and thrashing sonic grandeur.$10-$12. 8:30 p.m. The Earl.

— The Sounds of Animals Fighting, the Saddest Landscape and Lorelei K
Comprised of members of RX bandits, Circa Survive, Sunn O))), Good Old War and more, The Sounds of Animals Fighting is an experimental supergroup, blending progressive rock, post-hardcore, ambient and math rock. Though spending their formative years almost exclusively as a recording project, TSOAF has developed their live shows into a spectacle all their own. Featuring a 12-piece band, the group seamlessly brings their dense material to life with a small army’s worth of guitars, drums, samplers, keyboard, and multiple singers. $29.50. 7 p.m. The Masquerade.

— Cardboard*Con 2019
Grab your empty Amazon boxes and some craft supplies, because the 10th anniversary of Cardboard*Con is upon us! The most affordable SciFi and fantasy convention, and the first solely dedicated to the art of cardboard costuming, Cardboard*Con is a fun and unconventional experience that can only be found in Atlanta. Attendees will travel in costume to a handful of hotel convention centers across downtown for meet-and-greets and tongue-in-cheek discussion panels like “Flap Maintenance” and “Earholes: The new Eyeholes.” Free. 7 p.m. Westin Peachtree Plaza.

Sunday March 3
— Identikit album release listening party and potluck
Join the jazz and swing influenced small DIY orchestra Identikit for a relaxing afternoon potluck celebrating the release of their album, Mind's Eye Meteorology. Swing by with a blanket, some food, and an instrument if you’d like to play along, for a chance to listen to the album in its entirety while lounging around on a lazy Sunday. Free. 1 p.m. The Blasting Zone.