BLUES & BEYOND: Mark Pucci, the man behind the curtain 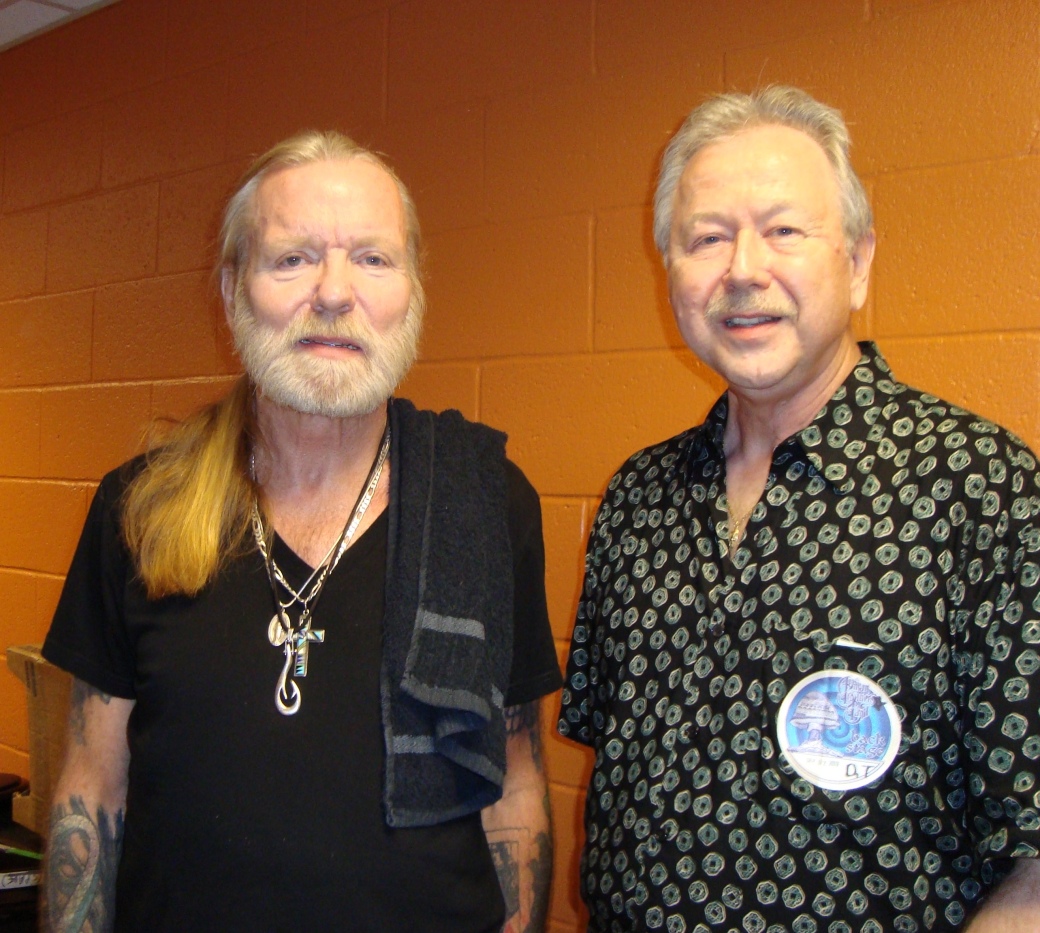 Word to the wise: When talking with music publicist Mark Pucci, don’t ask which roots, blues, and Southern rock artists he has promoted. It’s easier to ask which ones he hasn’t represented. The man is a walking encyclopedia of roots music, especially when it comes to bands from below the Mason-Dixon line.

Pucci has been the ultimate behind-the-scenes support guy for four decades. His staggering list of musical associations includes virtually every act on Capricorn Records’ roster. First, he worked as national publicity director during its Southern rock glory days of 1974–’79, with the Allman Brothers Band, Wet Willie, and the Marshall Tucker Band. Later, he served as VP of publicity from the label circa 1991–’95, taking on clients such as Widespread Panic, the Aquarium Rescue Unit (with Col. Bruce Hampton), Cake, and 311.

Pucci also formed two Atlanta-based independent promotion businesses. The first, Mark Pucci Associates, was launched between his Capricorn stints, starting in 1979. After Capricorn folded for the second time, in 1996 he formed Mark Pucci Media, a firm he still runs.

Pucci hails from New Jersey. In 1967 he headed south to attend Memphis State University, where he began his career as a music journalist. In Memphis, he wrote mostly about Elvis Presley and the Memphis Blues Festival for Rolling Stone magazine (1973–’74) and other publications. But Pucci was a music lover long before moving to Memphis.

“When I was growing up, I was a huge fan of ’50s music,” Pucci says. “Some of the first records I bought were blues, R&B, rockabilly, and rock ’n’ roll. A lot of them came from Memphis.”

He also promoted concerts in Memphis, and got the call from Capricorn in 1974 to work first as a tour publicist, then as national publicity director. 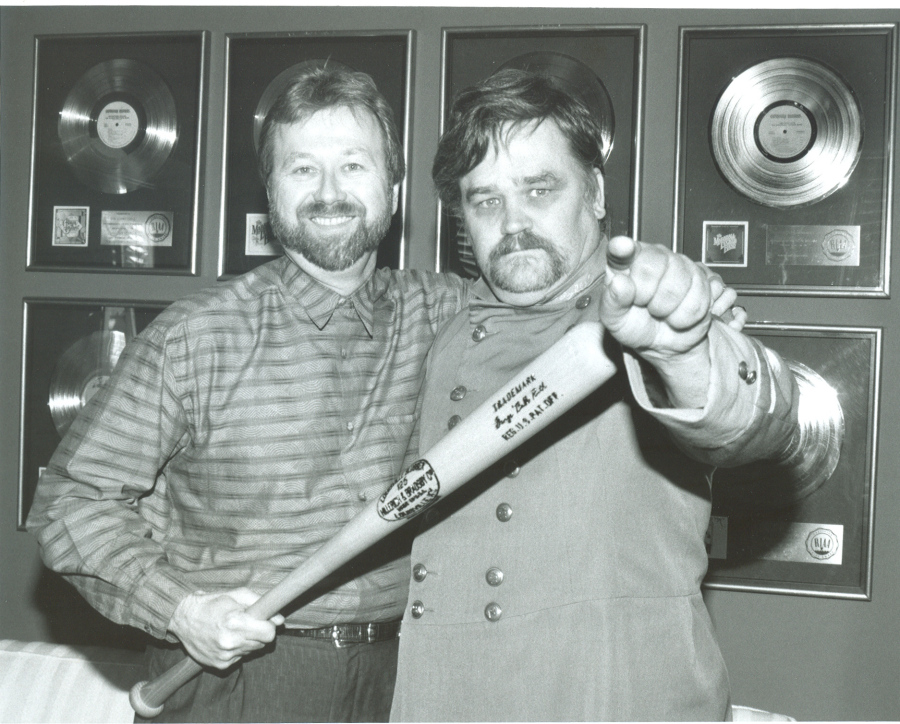 
During his second stint at Capricorn, beginning in 1991, Pucci coordinated box sets of previously difficult-to-find music from Elmore James, Cobra Records (Otis Rush and others), and the Jewel, Paula and Fire, and Fury labels. In his early days, Pucci also worked on the careers of comedian Jim Varney and Billy Bob Thornton, as well as organized videos for some Capricorn artists. He was instrumental in signing Widespread Panic to Capricorn, the label’s first act in its second go-round, and was also involved with Col. Bruce Hampton’s Aquarium Rescue Unit. Only those who inspect liner notes diligently would know any of this.

In 1996, he moved back to Atlanta from Nashville and started Mark Pucci Media. That venture has been so successful that in 2008, he nabbed the prestigious “Keeping the Blues Alive Award” in the publicity category. Pucci joins Delta Moon, Blind Willie’s, the Atlanta History Center, Darwin’s, and this writer as Atlantans who also share that honor. Unlike most others in this business, Pucci only accepts clients in the roots field, turning down offers from other genres because they’re not his taste.

He has been connected to plenty of Georgia acts over the years, like the aforementioned Wet Willie and Bruce Hampton as well as Tinsley Ellis. Lately, he’s incorporated Canadian musicians and labels, which is another vibrant roots and Americana scene. In general, Pucci has “…tried to become the independent publicity company for small record labels that don’t have anyone to do publicity.”

The tagline for Mark Pucci Media, “Full service publicity with old school charm,” describes not only his business but the way he operates. “I’m an old school guy,” he says. “We’re a small company that concentrates on a limited number of artists, and we try to go over and above what we’re contracted to do.”

As the music landscape changes, Pucci sees his job as an independent publicist becoming even more essential. “Major labels are forgetting about this kind of music, which means it’s left to indie labels or artists to do.”

That’s where Pucci comes in, with his decades of experience and an understanding of how to get artists’ names and sounds exposed to the world. Although he remains an under-the-radar Atlanta music industry icon who at 72 years old still enjoys his work, Pucci doesn’t see himself retiring, and remains committed to his first and lifelong profession, promoting the music he loves.

Salute the flag and American roots music with these July show highlights.

Fri. and Sat. July 5-6
— Lil’ Ed & The Blues Imperials, Blind Willie’s. Lil’ Ed Williams has been bringing the good-time, frisky, funky boogie blues to Blind Willie’s for decades. The fez-wearing guitar slinger may not have broken much new musical ground in that time, but nobody leaves a Lil’ Ed show without vowing to return the next time he rolls through town.

Sun., July 7
— Southern Soul Breakout Music Fest, Lithonia Amphitheater. The key word is “breakout.” Organizers promise four hours of “the newest and hottest artists in Southern soul,” and although names such as OC Soul and the Soul Patrol, Black Zack, and Willie Hill aren’t well known, this will be an economical way to sample newcomers in the genre.

Wed., July 10
— The Wood Brothers, Atlanta Botanical Garden. Ex-King Johnson frontman Oliver Wood and bassist brother Chris have broken through to a larger audience with their idiosyncratic mix of blues, folk, gospel, jazz, and singer/songwriter styles through constant touring and great shows. Oliver may have moved away, but he remains something of an Atlanta roots icon, which makes every local show a sort of homecoming. Brent Cobb opens.

Fri. and Sat., July 12-13
— Built to Spill, Terminal West. These Idaho-based indie rockers won’t appear on many blues lists. But the Doug Martsch-fronted act has incorporated tough, twisted blues rock into its Neil Young and Crazy Horse palette intermittently since its 1993 inception. It’s lurking beneath the shards of guitar Martsch wields with Sonic Youth-styled fury.

Sun., July 21
— Sunset Sessions w/Aaron Lee Tasjan, Katy Kirby, and Billy Stonecipher, Park Tavern. In the course of the past three years, Tasjan has gone from up-and-coming Americana singer/songwriter to one of the genre’s most vibrant and exciting musicians. His mix of blues, rock, and even some pop is slathered with a dose of glam, and his live show will leave most newcomers raving about this snappy dresser who tears it up.


Sun. and Mon., July 21-22
— Jimbo Mathus, Sun. 21, Grocery on Home, and Mon. 22, Eddie’s Attic. On again/off again Squirrel Nut Zippers frontman Mathus has been valiantly slinging out his Southern-fried combination of boozy blues, country, soul, and swamp rock for over two decades without much popular attention. But he’s the real deal: a roots guy who carries the torch for a style of music that will likely never be crossover material. Expect tunes from his recent Incinerator release.

Tues., July 23
— Bettye LaVette, City Winery. Soul voices don’t get any more passionate than Bettye LaVette’s. F. Scott Fitzgerald’s famous quote that there are no second acts in American lives didn’t plan on LaVette, who has only been getting stronger since her 2003 revival. She’s an interpreter who finds new meanings of songs through raspy, raw versions. Her 2018 set of Dylan covers, Things Have Changed, is a case in point, but she’s as comfortable transforming music from The Who, Dolly Parton, and Lucinda Williams.

Thurs., July 25
— Jake La Botz, Smith’s Olde Bar (Atlanta Room). Many in Atlanta recognize La Botz as the coolly demonic frontman of the Stephen King play, Ghost Brothers of Darkland County, that played at the Alliance Theater a few years ago. But along with his acting abilities, he’s an authentic swamp bluesman with about a half dozen albums of dark American soul, blues, and rootsy Americana in his catalog.

Thurs., July 25
— Heart and Soul: A Classic Rhythm and Blues Revue with Amy Black, City Winery. Black is a Nashville-based singer/songwriter who has recently tapped into her soul and R&B roots with albums dedicated to the music of Muscle Shoals and Memphis. On this date, she dips into the sounds from those cities with a mix of originals and covers. Better still, it’s a benefit for Street Grace, an Atlanta charity that seeks to end human trafficking and to care for survivors.


Fri. and Sat., Aug. 2-3
— Tedeschi Trucks Band, Fox Theatre. With Blackberry Smoke and Shovels & Rope. Get ready for the TTB’s yearly stop at the Fox, this time for a two-night stand. Blues, soul, gospel, and jazz are all fair game for the ex-Allman Brothers Band guitarist, his singer/guitar slinging wife, and a sprawling band with three horns, three backing singers and two drummers. Local rockers Blackberry Smoke are a strong supporting act who can almost headline the venue on their own.

Send upcoming blues events to consider for CL’s Blues & Beyond concert calendar to hal.horowitz at creativeloafing.com.