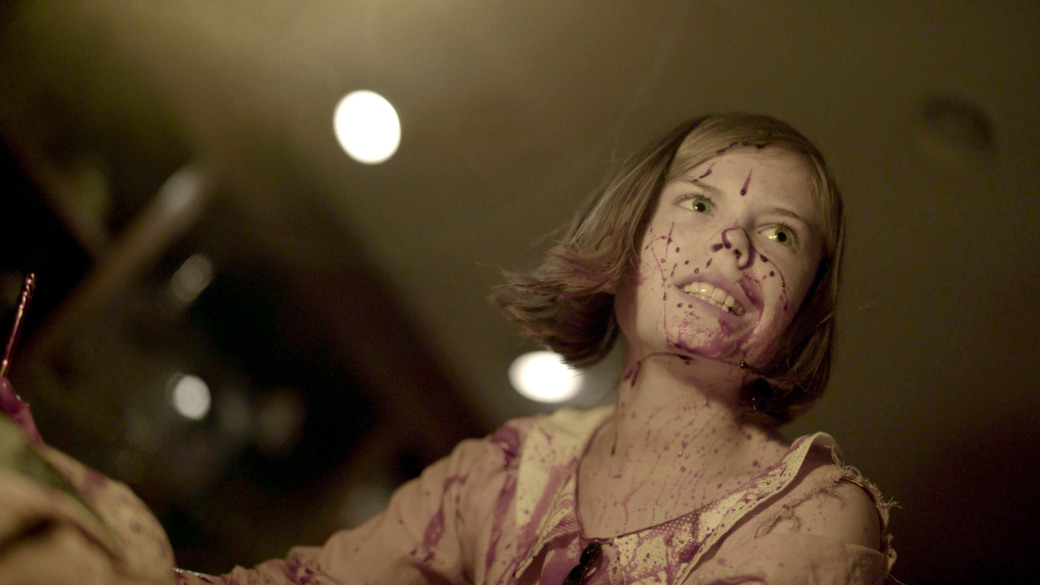 Two films with local connections couldn’t feel more different but convey the breadth of the festival. The 16-minute short, “Budfoot,” featuring effects by Atlanta’s Shane Morton and his Silver Scream FX Lab, embraces trippy, Adult Swim-style humor about an underground toy designer bedeviled by his latest, cannabis-based action figure. Where “Budfoot” is edgy and outlandish, Mark of the Beast: The Legacy of the Universal Werewolf is lovingly respectful of classic film history. Local documentarian Daniel Griffith offers a snappily paced overview of classic werewolf movies, with an emphasis on shaggy transformation effects, from the dawn of cinema through An American Werewolf in London.

The communal aspect will be heightened at a couple of events that blend screenings with live performance. On November 15, Atlanta psychedelic jazz group Samadha will provide a live score for “The Call of Cthulhu,” Andrew Leman’s 2005 adaptation of the eponymous H.P. Lovecraft story in the style of a 1920s silent movie. The November 16 screening of 1986’s The Toxic Avenger will be preceded by a performance, inspired by the cult superhero film, from Blast-Off Burlesque.

Other local features include one of the first screenings of Those Who Deserve to Die, a thriller from Atlanta filmmaker Bret Wood inspired by Thomas De Quincey’s Confessions of an Opium Eater. Local feature “Hellbound,” shot by Ben Winston on black and white 16mm film, sends a pair of bikers on a nightmarish journey into the wilderness.

The festival’s multiple shorts programs include local films such as Josh Gould’s “Meat Wagon,” Tony Reames’ “Playtime’s Over,” Stacey Palmer’s “Toothache,” Ashley Young’s “Ouija,” and Anca Vlasan’s animated “Lizard Queen.” And the fourth annual Sinema Challenge screens results from a competition with Atlanta filmmakers given 13 days to film a short based on a horror genre and subject chosen randomly. Expect any of the Buried Alive Festival’s screenings to share a creepshow camaraderie.

Does The Iberian Pig exist in another dimension? The Spanish tapas restaurant is a delicious destination on Decatur Square, but for HBO’s locally filmed “Watchmen,” it also seems to be set on a city block in an alternate universe version of Tulsa, Oklahoma. The dense, daring superhero series places The Iberian Pig alongside phone booths that can talk to Mars and a bakery called “Milk & Hanoi” that offers the cuisine of Vietnam — now America’s 51st state.

It's always fun to spot local landmarks in films and shows filmed around Atlanta, but “Watchmen” seems to linger overlong on The Iberian Pig’s signage. The HBO show, like the original mid-’80s comic book series from Alan Moore and Dave Gibbons, packs its background details with symbolism and signifiers that hint at the differences in this version of America. Viewers who don’t know The Iberian Pig may wonder if it’s some kind of meta-clue.

Along with the upcoming fantasy show “His Dark Materials,” “Watchmen” is clearly an attempt by HBO to fill the gap left when its epic series “Game of Thrones” finished earlier this year. Like “Thrones,” “Watchmen” has a prestigious pop pedigree and a premise that finds room for plenty of sex and violence while considering serious themes. Damon Lindelof, co-creator of “Lost” and “The Leftovers,” offers a sequel to the iconic series, set 30 years after the fact, in a world where the existence of superheroes has warped U.S. history.

“Watchmen” engages with some knotty ideas that speak very directly to current issues of law enforcement, white supremacy, and America’s racist history, not to mention the cultural obsession with masked vigilantes. Regina King plays the central role of Angela Abar, whose family received reparations for the devastating 1921 Tulsa Race Riot, a real event dramatized in one of the show’s first scenes. Coincidentally (or maybe not), at a time when police officers go masked to protect against attacks from domestic terrorists, Angela’s also a kickass costumed investigator with the alter ego Sister Night.

The cast includes Tim Blake Nelson as an interrogator named Looking Glass for his tinfoil-style mirrored mask, as well as Jeremy Irons as genius zillionaire Adrian Veidt. A pivotal character in the original comic book, here Veidt seems to be in a different show entirely — almost like a steampunk “Downton Abbey” — that proves much stranger than it seems as the show goes along.

“Watchmen” is bold and engrossing but also weird and heavy-handed (particularly in its music cues), and bound to be divisive. If the early installments leave you on the fence, I recommend watching at least through the November 3 episode, which introduces Jean Smart’s wry and unflappable FBI agent, a character with surprisingly deep roots in the series’ lore. If you know the original Watchmen or Zack Snyder’s ill-received film version, HBO’s “Watchmen” is full of fun echoes and Easter Eggs. (My podcast, “The Comics Canon,” devoted four episodes to Watchmen earlier this year.) If you don’t, viewing may require more patience.

Lindelof’s best shows have presented ensembles of compelling characters grappling with cosmic mysteries but have risen or fallen based on the strengths of their endings: The finale of “The Leftovers” was delicate and deeply felt; “Lost,” not so much. Hopefully his “Watchmen” will stick the landing after its initial nine episodes. Maybe we should gather at The Iberian Pig afterward.