Below is our coverage and events for the 2007 Christmas.

I will admit that I am not an expert on beer and food pairings, since I am generally too poor to go to fancy beer dinners where I might learn something. Not to mention that I am just not that picky when I have a good beer AND good food in front of me. If they are good together, that’s just a bonus. But I have found that the more experience I gain, the more care I take in ordering my beer at... | more...

image-1Atlanta probably won't see snow this holiday season, but that doesn't mean there won't be ice. Centennial Olympic Park's ICE SKATING RINK is the city's only outdoor rink. With seasonal lights and music, and ice to support 250 skaters, there's enough winter fun for everyone. The rink is open today, DEC. 24, so grab a friend, rent some skates and practice your triple salchow in the... | more...

My father rejects me from his grave | more...

... Three thousand feet up! Up the side of Mt. Crumpit,

He rode with his load to the tiptop to dump it!

"Pooh-Pooh to the Whos!" he was grinch-ish-ly humming.

"They're finding out now that no Christmas is coming! "They're just waking up! I know just what they'll do! "Their mouths will hang open a minute or two

"Then the Whos down in Who-ville will all cry...

Spencer Grant, owner of Yule Forest in Stockbridge, has been farming Christmas trees for 35 years. The former WWII, Korean War and Eastern Airlines pilot also drops toys to kids on his farm from his plane.

Grant has about 2,000 trees on 35 acres. He used to have three times that many. He blames artificial trees for lower sales.

On Holly Street, a 47-year-old man said "Butch" approached him and they argued. (Butch is his ex-girlfriend's new man.) Then, he said, his ex-girlfriend snuck up behind him with a hammer and struck his face. He said his ex-girlfriend took his wallet, which contained $100 cash and his ID. Medics arrived, but the man refused treatment. The man told police: "Go arrest them. They stay at a crack... | more...

Christmas is a lifestyle choice Article

Outwrite Books in Midtown kicked off War On Christmas 2007 with panache last Thursday with its third annual ceremonial lighting of the storeâ&#128;&#153;s GLBT Holiday Tree. With entertainment by drag queen Ruby Redd and the OurSong gay and lesbian chorus, the event raised...

The week before Thanksgiving I had a fun talk with Will Packer, Atlanta-based co-founder of Rainforest Films and one of the producers of the enjoyable holiday film This Christmas. Back in 2002, I profiled Packer and his collaborator, director Rob Hardy, for a Creative Loafing feature story when they were up-and-coming talents on the Atlanta film...

Theatre in the Square's production of Christmas at Sweet Apple has been extended for another week of performances. The show was scheduled to close Dec. 30, but six more shows have been added that will run until Sunday, Jan. 6. The added shows are:

Theatre in the Square offers a worthy successor to Turned Funny | more...

Macy's at Cumberland Mall this afternoon:

Summer's not over until Sunday. 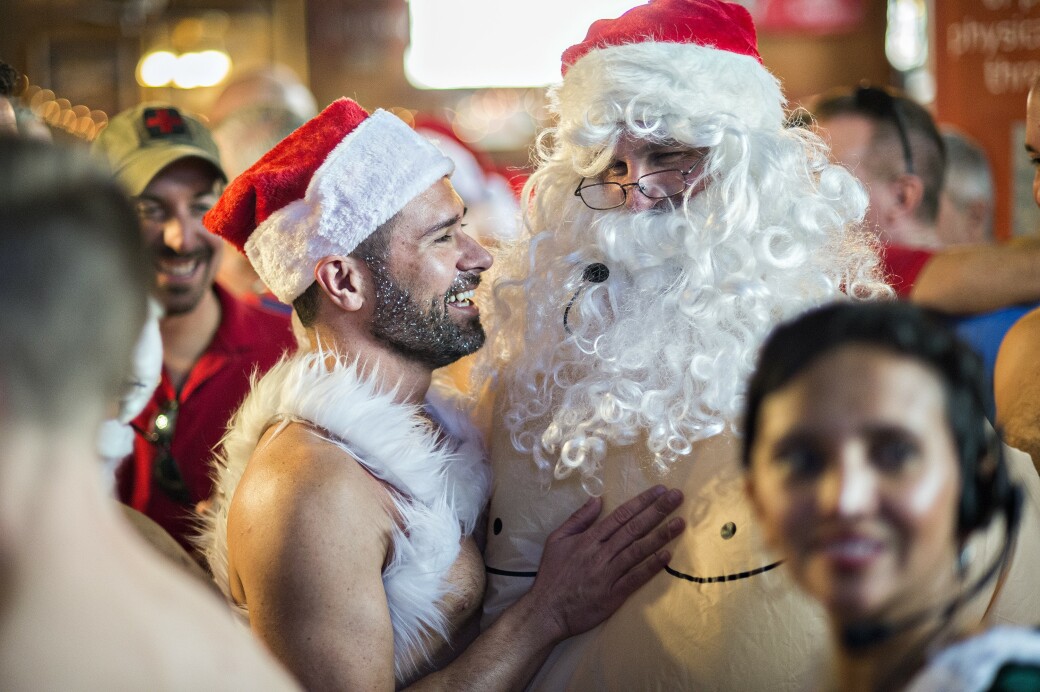 12/25/2022 12:00 AM
Browse Christmas events as well as recommendations for the hottest parties and markets. CL's critics & readers weigh in on the definitive guide to Christmas in Atlanta.
—Read Article
Atlanta Events
dummy