Lockdown invites a closer look at 'Becky,' 'Shirley,' and other VOD releases 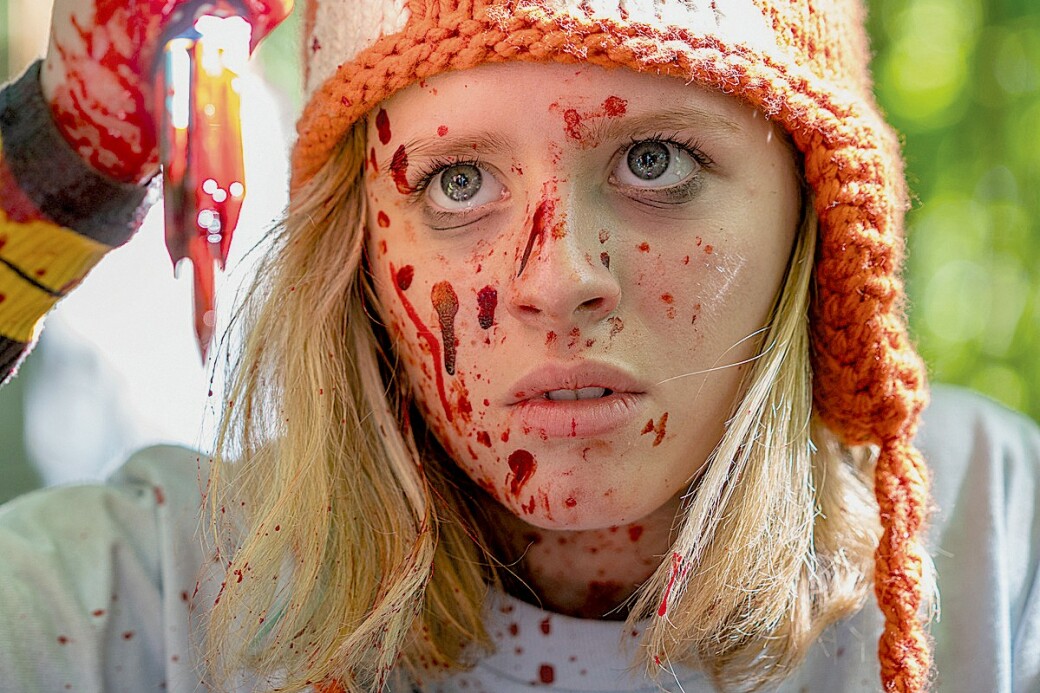 If there’s a silver lining to the COVID-19 lockdown, it may be the resurgence of interest in drive-in theaters. A venue like the Starlight Drive-In allows film fans to enjoy movies while social distancing. As of this writing, some of the Starlight’s fun qualities are still restricted: The concession stand is closed (but not the bathroom), and viewers are required to stay in their cars, as opposed to watching from lawn chairs.

The Starlight, like the pop-up drive-ins hosted by the Plaza Theatre, will offer a warm-weather transition to indoor movie theaters reopening en masse, which could be weeks away. And until that time, new releases will still be limited: The Starlight is mostly showing films that were in theaters when the lockdown began, like The Invisible Man. Hollywood is wondering whether Tenet, a new thriller from Inception director Christopher Nolan, will open on July 17 and restart the summer movie season, or get kicked further down the road

In the meantime, some major motion pictures are going straight to video on demand (VOD) or streaming services, like the Judd Apatow’s The King of Staten Island on June 12 or the original Broadway cast film of Hamilton debuting July 3 on Disney Plus. Also, captive audiences can pay more attention to the kind of low-budget or independent releases that they’d otherwise scroll right past on a streaming platform menu or Redbox kiosk.

In May, The Vast of Night had preview screenings at drive-ins, with the justification that the venues’ retro vibe suited Andrew Patterson’s nostalgic sci-fi thriller. Released on Amazon Prime Video on May 28, The Vast of Night takes place in small-town New Mexico in the early 1950s, with a framing device presenting the story as an episode of a “Twilight Zone”-esque TV series.

While most of the town attends a high school basketball game, a teenage switchboard operator (Sierra McCormick) and a young disk jockey (Jake Horowitz) discover a mysterious signal, and the more they try to determine its source, the deeper they become embroiled in a mystery involving unidentified flying objects.

Once you get past the film’s mannered introductory scenes, The Vast of Night delivers some extremely eerie set pieces that frequently have the heroes listening to long, increasingly unsettling stories. Unfolding approximately in real time, the film expertly creates a mood of dread while serving as a low-key love letter to old-school technology like audio tape recorders.

While The Vast of Night feels like a cunning throwback, Becky refreshes some of the tropes of the home invasion genre. A band of racist convicts terrorizes a family at a Southern lake house, only to have one of their victims turn the tables. The twist with Becky is that the avenging protagonist is the 13-year-old title character, played with memorable intensity by Lulu Wilson.

Becky’s screenplay was co-written by Lane and Ruckus Skye, Atlanta filmmakers who recently relocated to Los Angeles and showed considerable promise with last year’s backwoods crime drama Reckoning. Even more tautly constructed, the new film introduces Becky as grieving her deceased mother, feeling alienated at school, and resenting her father (“Community’s” Joel McHale) and his fiancé. When the others are held captive by white supremacists, Becky gets to express her rage with violence and finds she has a knack for it.

Available June 5, Becky effectively casts comedy actor Kevin James against type as the white supremacists’ leader, and also exhibits a gleeful willingness to show off some graphic practical gore effects. And while the viewer’s sympathies lie completely with Becky, we also grow increasingly uncomfortable with her violent side. There’s a joke that in Home Alone, Kevin McCallister’s vicious booby traps suggest he might be a budding psychopath. Becky explores the dark implications of a similar situation. 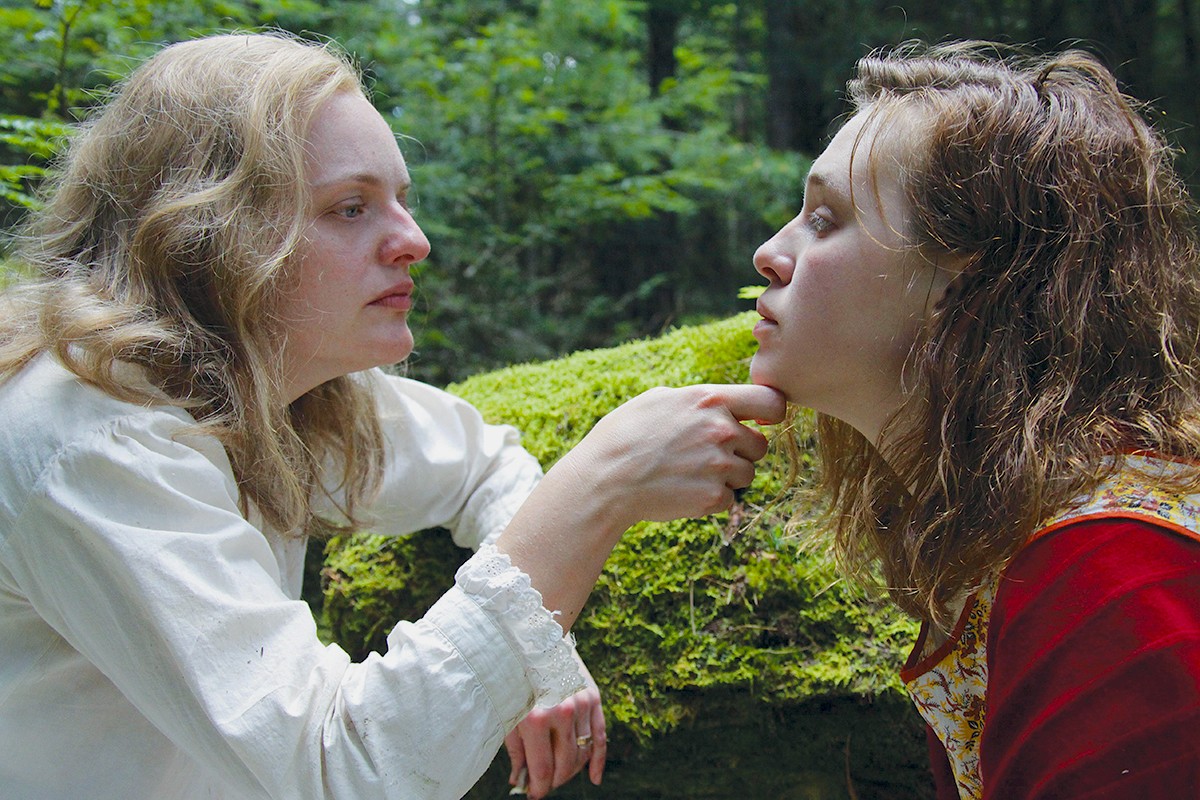 Also available June 5, Josephine Decker’s Shirley offers a biographical portrait of author Shirley Jackson, renowned for such psychologically complex tales as The Haunting of Hill House. Shirley steers away from the horrific aspects of Jackson’s work — as well as the phony uplift of most biopics — to offer a knotty depiction of a famous artist and her creative process, as well as the constraints on women in mid-century America.


Not long after The New Yorker publishes her story “The Lottery,” Shirley and her husband (Michael Stuhlbarg) host a young professor (Logan Lerman) and his pregnant wife Rose (Odessa Young) as boarders. Rose initially finds Shirley both mean and highly perceptive, but the more she assists the reclusive author in both housework and in writing a new book, the more a bond develops between the two women.

With its dynamic of vicious behavior between two pairs of academics, Shirley echoes Who’s Afraid of Virginia Woolf?, with Moss digging fearlessly into Shirley’s self-loathing, resentments, and creative impulses. Her implosive performance is like the flip side of Moss’s explosive turn as a self-destructive rock star in 2019’s underseen gem Her Smell. Cluttered, claustrophobic, and at times difficult to pin down, Shirley is the kind of challenging film that deserves to be met halfway, even on VOD.

June 2 also sees the VOD release of Hallowed Be Thy Name, a thriller from Atlanta-based writer/director Taylor Ri’chard.

And speaking of local productions, the May release of “19 Covid Lane” on Youtube and the 19covidlane.com website showcases Atlanta film artists working in lockdown conditions.

A parody of quarantine-induced cabin fever clearly inspired by 10 Cloverfield Lane, the short depicts two young people sheltering in a bunker with a paranoid prepper. The three actors are very game, and the script crafts some good gags, with mundane tasks like taking out the weekly garbage presented with the menace worthy of a post-apocalyptic thriller by director Ryan Monolopolus. The only trouble with “19 Covid Lane” is that, if you’re already stressing about the virus, it doesn’t exactly offer escapism. —CL—