ATLANTA MUSIC NEWS: Music for guys who like music 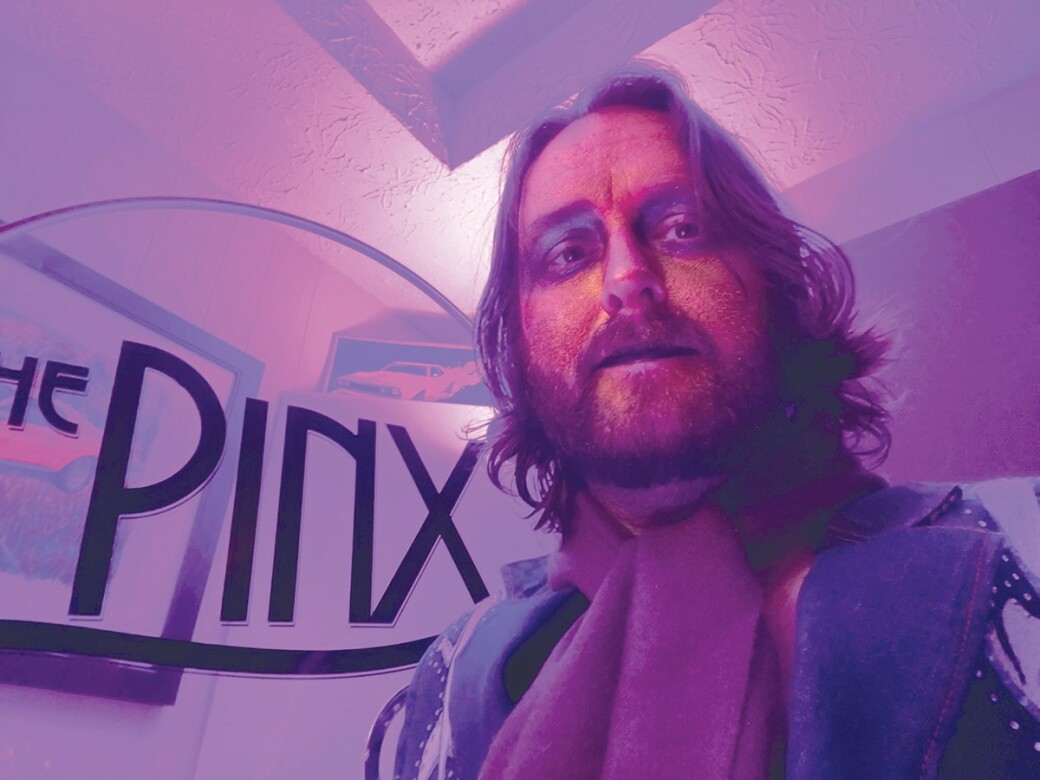 For most of us, after nearly three months of sheltering in place, the charm of quarantine time has worn off. But for Adam McIntyre of The Pinx, the downtime is proving to be quite an inspiration.

“I was a prolific writer as a teenager, and without my daily tasks of driving kids around and doing things I think I have to do but don’t, I go right back to what recharges and equally burns my energy, which is making music,” McIntyre says. “It’s all I want to do. So knowing that I was about to have a lot of time to create, I decided to get naked.”

McIntyre has created a trilogy of albums — a blues album, The Devil Got My Soul!; a more direct rock ‘n’ roll album, You’re Doing It Right; and a third, currently unreleased, album tentatively titled Quarantology III. McIntyre plans to change the name before it’s unleashed unto the public.

All three albums represent variations on a theme: McIntyre’s efforts to get comfortable without the “rock suit” he’s fashioned for himself while singing and playing guitar with the Pinx. “It’s a wonderful, beautiful suit if I do say so,” he adds. “But what if I wasn’t expected to do that? I took off the suit and made a blues record because that’s how I started. You’re Doing It Right is going even farther into removing identity. It’s running around wearing only purple paint. In space.”

Songs on McIntyre’s third record will largely be about becoming nobody, which he says is based on Ram Dass’s talks on ego vs. identity vs. the soul. “I’m looking to make a very fun record about losing yourself and seeing what is still left,” he says. “I guess it’s a trilogy of taking off your clothes, spiritually.”

To kick off this seemingly spontaneous series, in late March, McIntyre rolled out the first single from The Devil Got My Soul!, titled “Do The Damn Thing,” which features a blistering solo by Wayne Kramer of the MC5.

With all of this new material taking shape, McIntyre has also found time for a whole batch of Pinx songs as well. The group has a new EP tentatively scheduled for a July release, and four to five songs are coming together for the next full-length album as well. More details are coming soon.

Following a new single from the LP that previewed in April, “Clone It Off,” Mood Lighting emerges as a layered, inward journey that’s as sentimentally profound as it is psychedelic. Each number reflects on the ins and outs of reconnecting with one’s identity in the wake of a relationship coming to an end. For this outing, Hunter takes up guitar, bass, percussion, and various other musical duties, and is joined by a coterie of Atlanta all-stars including drummer Lee Corum, Rich Morris on keys, and Andy Morrison playing guitar and lap steel.

Keep your eyes peeled for a new video for the album’s closing number “Don’t Be Long” to arrive in June.

In other Chunklet-related news, on June 5, the label is rolling out a handful of stellar new releases including a Honey Radar singles comp featuring liner notes by Byron Coley; a new single by Shark Toys, which includes a Desperate Bicycles cover on the B-side; and 7-inch singles by Atlanta acts Vangas, Reverends, and the almighty Purkinje Shift.

Another Risk Of The Heart is the latest release from longtime Atlanta songwriting hero Blake Rainey and the Young Antiques. Released via Southern Lovers Recording Co., Another Risk Of The Heart is pressed on gorgeous blue vinyl, and finds singer and guitarist Rainey flanked by bass player Blake Parris and new drummer John Speaks (Skirt, the Jody Grind), all reveling in new anthemic songs with titles such as “Euclid Creeper,” “I Think You’ll Never,” and “Goin’ Home” featuring vocals by Atlanta expat Kelly Hogan (Neko Case, the Decemberists, Rock*A*Teens, The Jody Grind).

Grace Bellury’s indie rock outfit Karaoke has a new video out for the song “Lo Hi.” The song is set to appear on a forthcoming album, title TBD. The video, directed by DJ Barbie Corvette, is a single shot — no cuts — in which the group’s synth player Adrian Benedykt Świtoń dances and writhes around a glowing hotel room eating pizza, smoking cigarettes, and staring into the camera with fixed, bedroom eyes. Sultry. Absurd. Awesome. The “Lo Hi” video is the first in a series of five new videos in which all members of the group will get their individual screen time. Look for more coming very soon.

Last, but not least, on May 22, Brian Revels & the Heat Lightning released a brand-new album, Jasper County Blues. Check it out on Spotify. —CL—