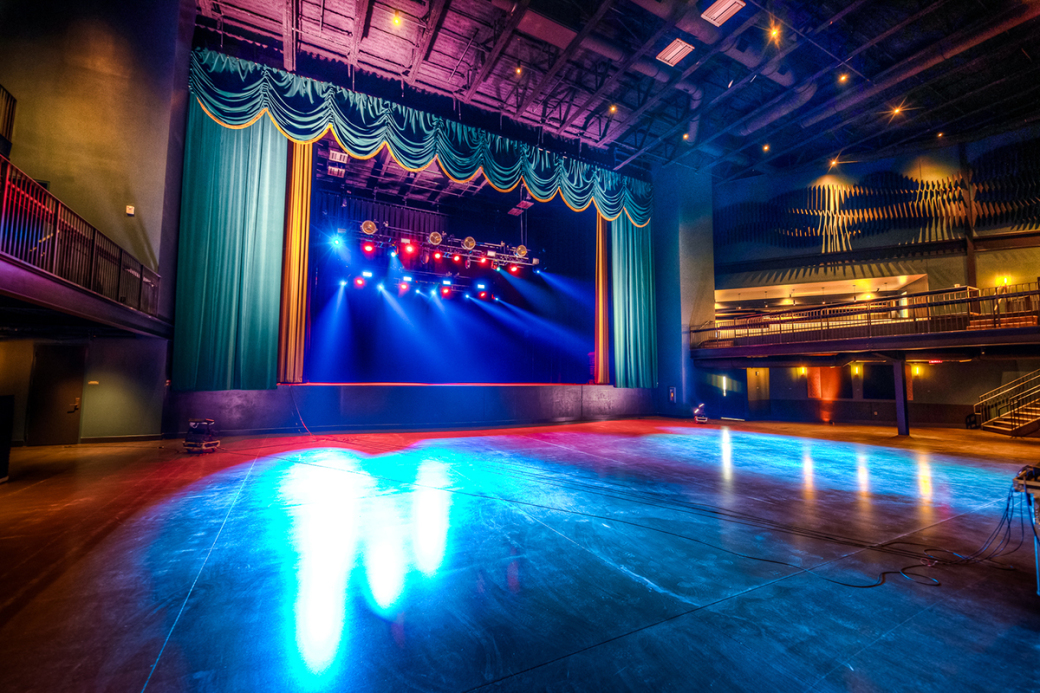 Atlanta’s music scene is cautiously rising out of the confusion the coronavirus wrought after the pandemic was declared over a year ago. Despite the world still dealing with COVID-19 and its variants, clubs, bars and live venues are reopening; stage hands are getting back to work; and bands are on the road again, bringing music back to life.

Nowhere is this more evident than at The Eastern, Atlanta’s newest music venue, located south of Memorial Drive and west of the BeltLine at 800 Old Flat Shoals Road, SE, in the Reynoldstown complex now being called Atlanta Dairies. (You can’t miss the giant milk carton sign adjoining the Art Deco building that the dairy cooperative once called home). One look at the venue’s inaugural line up for September and you’ll see that a wide cross-section of acts have decided the road, does indeed, go on forever.

The Eastern is the result of efforts by the local-based Zero Mile Presents — they own and operate Terminal West and the Variety Playhouse, as well as at the Georgia Theatre in Athens — in collaboration with AEG — the Anschutz Entertainment Group, the world’s second largest music presenting group after LiveNation.

According to Scott Orvold, Zero Mile’s president and talent buyer, “ZMP drove the effort of building The Eastern and approached AEG about working together after ZMP signed a long-term deal with Paces Properties/ATL Dairies and began designing the venue.”

Rick Mueller, AEG Presents’ president of North America, adds the initial discussions between the two companies included the idea “to invest in new venues in the Atlanta,” noting “The Eastern is a perfect compliment to Terminal West and the Variety Playhouse and provides growth in Atlanta for artists.

While there’s already a 2500-capacity venue — The Tabernacle, a LiveNation house  — in Atlanta, The Eastern holds 2700, that’s 200 more tickets, just enough to allow AEG/ZMP to bid slightly higher on acts coming to the city. Mueller also sees Atlanta as “an underserved market. We feel The Eastern will be a great addition to the music scene in Atlanta and help grow the overall number of shows coming to the market.

“With the proliferation of digital music and less gate keepers like terrestrial radio,” he continues, “we have seen an explosion of artists that can sell venues in the 2,000 to 4,000 capacity range. We feel The Eastern is a great investment into an area of live music that is exploding with growth."

With many people now vaccinated — and many not — and the threat of the Delta variant growing, what protocols will be in place at The Eastern to protect the audience and performer? Mueller says, “We will follow local health protocols to give our customers a safe and enjoyable setting. Adding, “there will be some compromises, but we are happy to see live music coming back!”

The Eastern is a ‘purpose-built” venue, meaning it was designed to allow the best concert experience for both the audience and the performer.

But, as Orvold explains, “it was really designed and built to host live gatherings and public assemblies of all kinds. There was a heavy focus on having a musical element at the events. Most buildings that house music venues these days have morphed from their initial purpose to become a music venue. For example, the Variety Playhouse and Georgia Theatre where movie theaters and Terminal West was a heavy industrial use complex. With that can come constraints on what you can do for live events, and in satisfying top tier touring acts.

Having completed extensive renovations on those three venues, Orvold knew exactly what he wanted when designing the new venue. “The Eastern was built from the ground up with a specific focus on hosting live events, so every detail was put in place with enjoyable public gatherings in mind,” he says, noting two different perspectives were kept in mind during the planning.

“For the concert goer,” he notes, “that means things like really good site lines from any single point in the venue, acoustically-treated walls, state of the art sound and lights, general flow related to the ingress and egress of the building so people can get in and get out quickly, the proper quantity of serving stations for refreshments, the convenience of an intown location with walkability and bike access, as well as thought out ride share and parking plans, complementary neighboring businesses for pre- and post-function gatherings, and a really cool rooftop space where you can get food or some fresh air during an event. I could go on and on since it really pertains to every detail of the building.

“For the artist it’s things like a very high-level of production (house sound, lighting, monitors), clean green room amenities that include things like showers, and the ability to do laundry. We also think about the artists experience when they are in Atlanta for one day on a tight schedule. They are really going to enjoy the benefits of Reynoldstown with everything that it offers, much like they have with Variety Playhouse in Little Five Points and Terminal West in West Midtown.”

Much has changed in the concert promotion business since shows were first booked by Kyle Pilgram and Duck Anderson at the Georgia Theatre and by Steve Harris at the Variety Playhouse. You now need more than a subscription to Pollstar and a love of music to keep track of what’s hot and what’s not in a music world of varied genres — and, to be successful — where tastes change as quickly as social media comments are posted.

What are three of the most significant changes to shake the ground underneath the music business in the last three decades? Dennis Dennehy, AEG’s chief communications officer, was quick to answer. He should know. His work in the industry  goes back over thirty years, when he was sending out press kits and new releases by Nirvana and Sonic Youth, two bands then just signed to Geffen Records, where he worked publicity.

“If by shook, you mean completely upended the business,” Dennehy asks, “it would have to be one, the implementation of SoundScan in the early ‘90s. SoundScan brought so many genres of music that were thought of as ‘niche’ to front and center in the popular culture conversation. Rap, country, grunge — it changed the course of the business of popular music.

“Two, digital piracy (turning) into streaming. A 24-hour record store! I dreamed of that as a kid. The music business learned a lot from the transition to streaming: embrace change or it will bury you. That period also gave rise to a real explosion in the live and touring business.

“Three, obviously, is the pandemic we are still dealing with right now. Could anyone have guessed on March 1, 2020, the effect COVID-19 would have on live music? Artists not touring? Theaters closed? So many people who help contribute to live music — the best experiences and memories music lovers can have — just completely shut down for over a year? And so many fans missing out on those experiences — it’s truly too much to comprehend.”

If the coronavirus pandemic taught us anything, it’s that musicians and audiences can adapt — the rise of livestreams is certainly once example — but that in no way can replace the exchange of energy between the two at a live concert.

Dennehy concurs. “I have incredible memories of the first time I heard certain records, but generally they are all trumped by the memories I have of seeing live shows: The Bad Brains at the Rock Hotel in New York City when I was 17, Nirvana Unplugged, OutKast at SOB’s in New York in 2000 for the Stankonia release, Eminem on the Warped tour in ’99 right before he exploded, Lady Gaga at the Wiltern in Los Angeles right before she exploded, Kendrick Lamar opening for Kanye West on the Yeezus tour, Queens of the Stone Age as the sun just started to set behind the mountains at Coachella, my first time seeing Nine Inch Nails. So many shows — and the feelings I got from them are forever burned in my memory.”

Artists have to start somewhere. In Atlanta, the Star Bar, the EARL, Smith’s Olde Bar, and 529, for example, are where many musicians book their first gigs. While most bands won’t progress from such venues to The Eastern overnight, there’s the chance some may get a chance to play The Eastern nevertheless.

“With the rooftop space that will be a part of The Eastern, we designed it in a way for it to be utilized as a showcase stage and, at times, a separate 200-capacity venue,” Orvold explains. “We are excited to offer some specific artists their first steps into the ATL concert scene on the rooftop of The Eastern. There will also be a high level of production up there, including a sizable LED wall so we can extend our use for things like ATL United viewing parties.”

Having waited the better part of a year for people to get vaccinated and the pandemic to start to subside, Orvold declares without hesitation, “We’re pumped to finally get to share this space with everyone.” —CL—

For an up-to-date schedule of shows at The Eastern — and updates on the venue’s COVID-19 safety protocols — check out easternatl.com