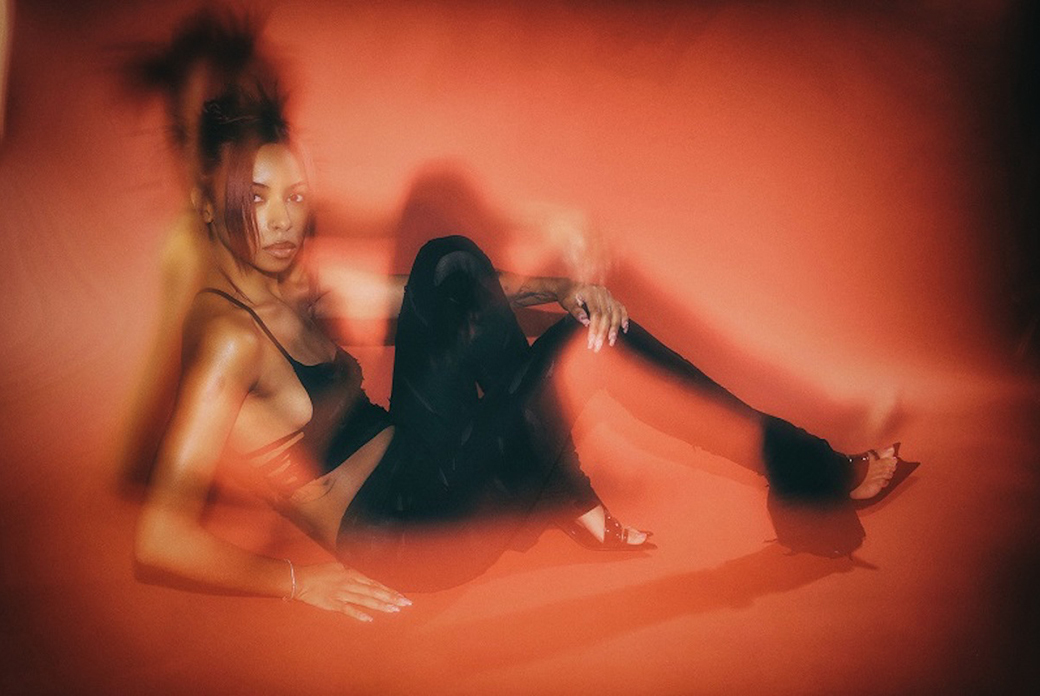 
Ravyn Lenae, Vinyl — I would go see Ravyn Lenae for the third time even if she only played her perfect song “Sticky” then left the stage. Even if you don’t like R&B or soul music and don’t smoke weed, you should stop what you you’re doing and go listen to this song now. The ‘70s throwback sounds of “Sticky” are an instantly addictive earworm, sticky not only in name. Lenae is not a one song artist, but a fully fleshed out powerhouse, and still underrated, but thankfully, on the rise. Her 2018 Crush EP , produced by songwriter/producer/artist extraordinaire Steve Lacy, is a perfect five-pack of bliss, and her recent singles show that she has no plans of backing off or slowing down. Get in while it’s still early.
. Sun., Jun. 5, 8:00 p.m. Vinyl, 1374 W Peachtree St NW centerstage-atlanta.com @centerstageatl 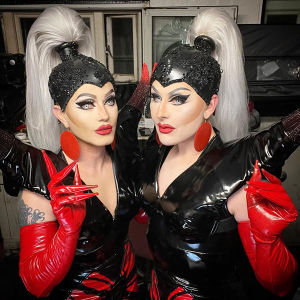 The Boulet Brothers, The Loft — Maybe you think drag is too shiny, clean, and bright. Perhaps parts of Ru Paul’s Drag Race interest you, but you’re a little more rough around the edges. Enter The Boulet Brothers and their show Dragula, the gothic middle sisters of drag. Think Drag Race mixed with Fear Factor and The Texas Chainsaw Massacre. Challenges involve contestants creating more gruesome versions of classic horror characters, and the eliminations swap out lip sync battles for nightmarish punishments, like seeing who can staple the most dollar bills to their legs in three minutes. I was able to see The Boulet Brothers for myself around Halloween 2019. Eliminates of their stage performance include magic tricks, blood, and fire. These are undead drag queens post-guillotine.
$37.50. Thu., Jun. 2, 8:00 p.m. The Loft, 1374 W Peachtree St NW centerstage-atlanta.com @centerstageatl 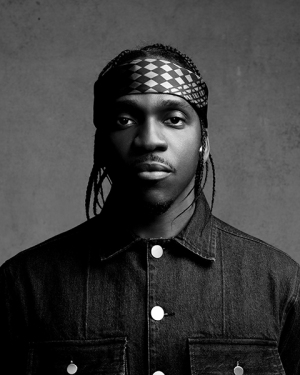 Pusha T, Center Stage Theater — Pusha T has nothing left to prove. The 44-year-old Virginia Beach rap kingpin has been putting in work since 1993 — the year I was born(!!!). He is one half of Clipse, the legendary coke rap duo that, along with their hometown producers The Neptunes, brought their powder-white rhymes to both the streets and the charts. Then, when Push’s brother Malice became a born again Christian and quit secular music, the man became the heaviest hitter on Kanye West’s G.O.O.D. Music label, releasing watertight album after album, culminating in 2018’s modern classic Daytona. I could go on and on ad nauseum — he had a hand in writing the iconic McDonald’s “I’m Lovin’ It” slogan, destroyed rap’s biggest star, Drake, in a rap beef, etc. The point is, Pusha T doesn’t need to be working as hard as he is. In April of this year, he scored his first number-one album with It’s Almost Dry, a declaration of dominance produced entirely by Pharrell and Kanye West. It’s in competition for best album yet, and he recently said he had no plans on slowing down, but, in fact, will be releasing music at a higher rate. Do you need to be convinced any further? “The money counter ding is so exciting.”
$90. Tue., Jun. 21, 8:00 p.m. Center Stage Theater, 1374 W Peachtree St NW centerstage-atlanta.com @centerstageatl 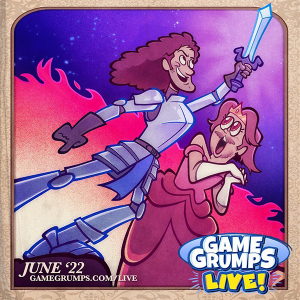 Game Grumps Live, The Eastern — Game Grumps has been my dirty little secret for over a decade now. I typically don’t talk about my love of video game let’s players, instead waiting for another nerd to out themselves before gushing about my latest obsession. Yet, here I am putting my adoration in print., no longer afraid. Game Grumps was my introduction into this world. The comedy duo of Arin Hanson and Dan Avidan have acted as my comforting friends, and occasionally sleep aids, since 2012 with their daily, 10+ minute videos of them making dick jokes while playing video games, old and new. Now, I am embracing my fellow fans — the boys call them their Lovelies — to see my Grumps game live. You don’t have to get it, but with millions of YouTube subscribers and billions and billions of views, you can’t deny their impact.
$42.50. Sat., Jun. 11, 8:00 p.m. The Eastern, 777 Memorial Dr. S.E. easternatl.com @easternatl 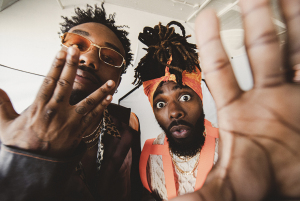 EarthGang, The Eastern — In the wrestling faction that is J. Cole’s Dreamville Records, EarthGang are the Tag Team Champions, jumping from the top rope and crashing into the canvas below. The duo of Olu and WowGr8’s latest release is Ghetto Gods, an album of diverse influence, including trap, reggae, neo-soul, and boom bap. EarthGang effortlessly weave between the popular sounds of today, rapping and crooning about the hard Atlanta life they came out of, and how good it feels to be to have made it. They’re two the most down-to-earth voices in rap, celebrating and motivating their fans, instead of flexing on them.
$37.50- $99. Fri., Jun. 17, 8:30 p.m. The Eastern, 777 Memorial Dr. S.E. easternatl.com @easternatl 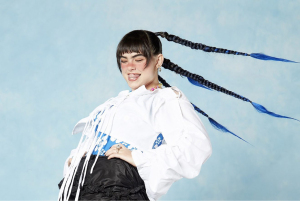 BENEE, Variety Playhouse — BENEE might be one of the best Zoomers doing it right now. She bounces in and out of pop genres, bringing her smart songwriting and melancholic voice to a variety of sounds. Her most popular song, “Supalonely,” is bright and shiny, yet BENEE hums about isolation, an ironic juxtaposition fitting of the TikTok generation. My favorite BENEE tune is “Happen To Me,” a collection of late night intrusive thoughts, mostly revolving around which way to die would be the worst. It’s purely human, relatable whether you’re 15 or 65. The emotions culminate in the chorus with the lines, “I think about these things too much. My mind likes to wind itself up.”
$25- $49. Fri., Jun. 17, 8:00 p.m. Variety Playhouse, 099 Euclid Ave N.E. variety-playhouse.com @varietyplayhouse 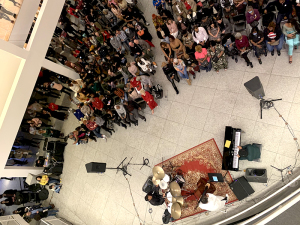 April Friday Jazz Night, High Museum of Art — Hands down, jazz nights are the best way to experience the High. I love museums. But, my biggest complaint about them is that visiting a museum is too similar to going to the library. On jazz night, however, The High is alive. People are drinking and laughing and clapping. Everyone gets dressed up. The main corridor is buzzing from the energy produced by world-class musicians giving their all. And you’re free to walk through the exhibits as usual, but even that feels electrified. Somehow, Atlanta’s biggest arts institution gets even more creative.
$25. Fri. Jun. 17, 6:00 p.m. High Museum of Art, 1280 Peachtree St. N.E. high.org @ highmuseumofart