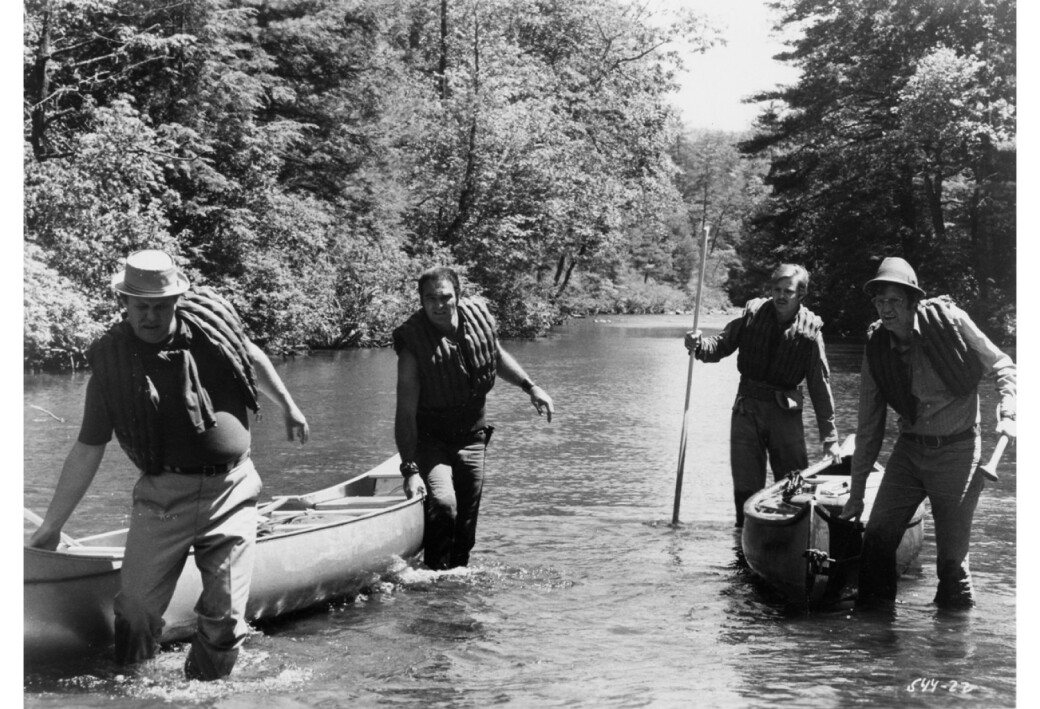 A near-premiere showing of "Deliverance," explosive new movie based on the James Dickey best seller, will officially launch Atlanta's Fifth International Film Festival on Friday night, August 11th. Although "Deliverance" has been viewed exclusively by New York audiences, the film should contain matters of particular interest to Georgians. Its author, James Dickey, still calls Atlanta "home," its four major characters are Atlanta businessmen; and its acknowledged top star, the primeval, relentless Chattooga River, lies nestled deep in the mountains of North Georgia. The Atlanta premiere of "Deliverance" may well reveal how a modern day prophet is received in his own country.

In addition to the Friday night premiere, the film festival will feature 10 exciting days of screenings, symposiums, gala cocktail parties, and equipment exhibitions for all who attend. Festival week is Aug. 11 through 20th. Over 1000 out of town guests including Otto Preminger, Rex Reed, Peter Bogdanovich, Liz Smith, Burt Reynolds and Frank Capra will be hosted at the Sheraton Biltmore in downtown Atlanta. One of the highlights of festival week will be a free seminar by Preminger on Sat. August 12th. The seminar will be held at the Biltmore at 10 am and is open to the public.

Although the Atlanta Film Festival has been in existence but a brief 5 years, already it is one of the 4 major film festivals held in the U.S., the others being Chicago, San Francisco, the N.Y. Film & Television. Unlike the others, the Atlanta festival receives no outside funding or financial help from either public or private sources. It depends solely on ticket sales to the general public and entry fees from participating film makers.

Though it has in previous years operated in the red, this year's festival has seen an unprecedented number of entries, and has generated a great deal of public interest as well. Those who make the film festival possible are hopeful that '72 will be the summer in which the Atlanta Int'l Film Festival emerges as a sound, self-sustaining business venture - and takes its place as a solid addition to the arts in our city. Ticket information to the public is as follows: 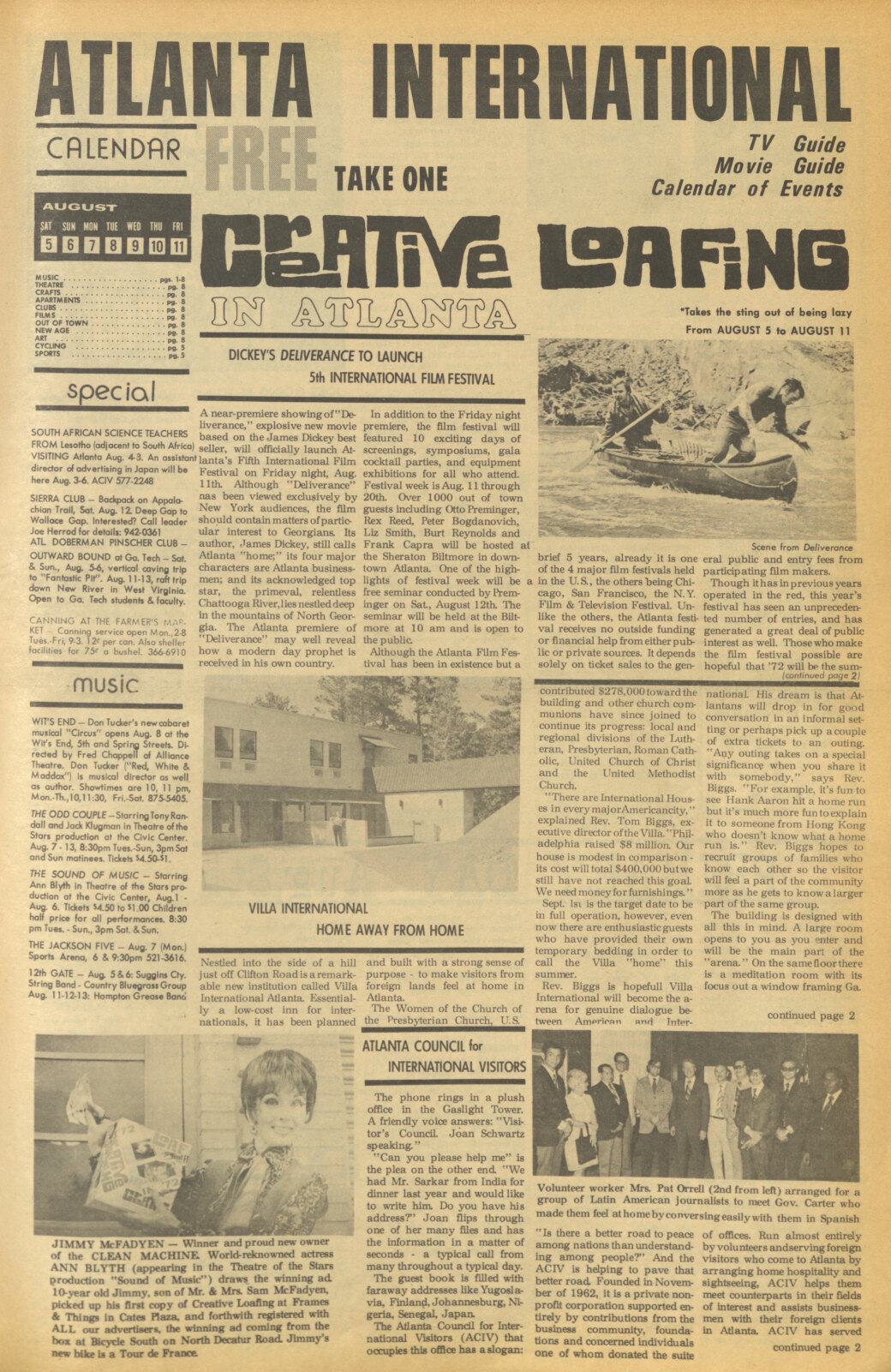