SCREEN TIME: To have and have not

How Atlanta moviegoing has transformed over the decades 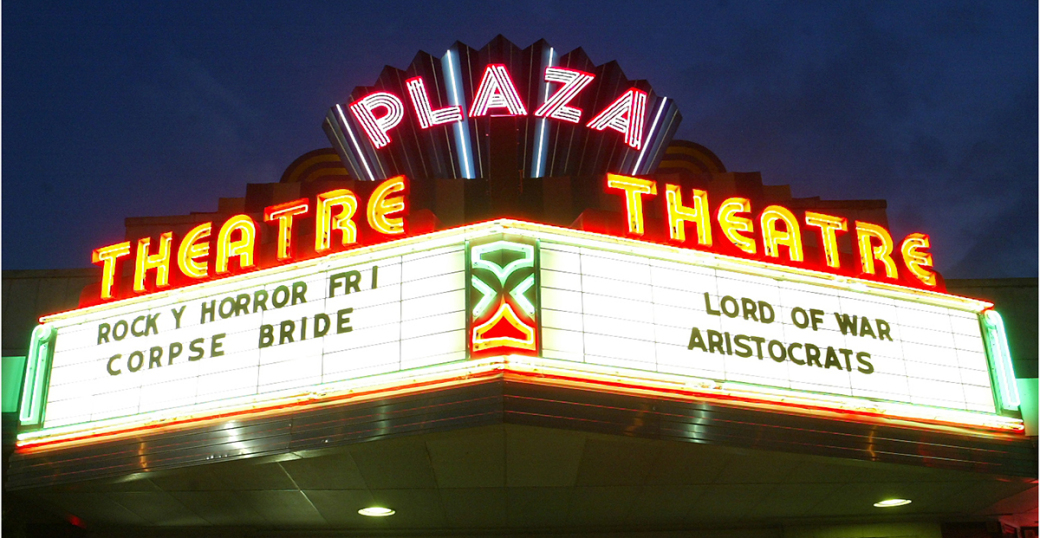 If you’ve ever seen an Indiana Jones movie, you know that Harrison Ford’s swashbuckling archeologist constantly faces deathtraps. A spiky wall may be sliding down from the ceiling to catch Indy in a snake pit, so he’ll have to slide under the edge, then reach back to grab his fedora in the last second before it shuts.

Thinking about local movie culture for Creative Loafing’s 50th anniversary, I feel like I had a weirdly comparable nick-of-time experience as an Atlanta film fan. Of course, I faced no personal jeopardy beyond getting a popcorn kernel caught in the back of my throat. But as a lifelong Atlantan slightly older than the Loaf, I got in under the wire as a moviegoer, just before cinema would change beyond recognition — and then change again. Atlanta’s picture shows, many of them long closed and razed, provided a front-row seat.

Technically, it was a third-row seat. As a teenage film buff with a new driver’s license, my favorite place to see movies was The Silver Screen at Peachtree Battle Shopping Center. There were plenty of other great movie venues, of course. Phipps Plaza’s three massive screens were in bicycle distance for me. The palatial Fox Theatre was becoming a live performance venue but still screened movies. A few blocks away, the Columbia Theater had a curved screen so huge, you’d feel like the xenomorphs from Aliens could spill into your lap.

But my favorite spot was third-row center at the Silver Screen —I knew the exact one because the lining of the seat-back in front was slightly out of place. The Silver Screen belonged to the theater chain of local impresario George Lefont, along with the likes of The Screening Room in Broadview Plaza and Garden Hills Cinema in, uh, Garden Hills. Lefont’s movie houses celebrated foreign and independent films outside the mainstream.

But the Silver Screen, opened in 1976, was special not just because it was a cozy, sleek design with seats that rocked, but because it practiced the repertory model of exhibition. Like Storey Theatre’s Rhodes Theater, located about a mile away down Peachtree (and a close second in my affections), repertory theaters showed classics and obscure movies at a time when VCRs and cable networks barely existed.

Back then, if you wanted to see any older movie, you generally had to watch it on television. Several channels programmed movies, including Atlanta’s WTCG, which Ted Turner would eventually purchase, dub “The Superstation” and make it the flagship of his cable TV empire. But movies on television would be cut to fit the time slot, cropped to fit the TV screen and interrupted by many, many commercial breaks.

Repertory cinemas like the Silver Screen and the Rhodes were a godsend to movie fans. Sometimes they’d schedule a new arthouse release for a one to two week engagement, but usually, they offered three different programs a week: Sunday-Tuesday, Wednesday-Thursday and Friday-Saturday. Occasionally they’d slot a single, epic-length movie like The Seven Samurai, but usually they programmed double features paired by movie stars, filmmakers or genre. A pair of Humphrey Bogart/Lauren Bacall pictures, probably To Have and Have Not and The Big Sleep, may have been my first Silver Screen double-feature.

Between the two theaters, an obsessive planner could see 12 classic or cult films in a single week without repetition — and still have a day off in case you wanted to catch a new release like Raiders of the Lost Ark. And this doesn’t count the Silver Screen’s midnight screenings of The Rocky Horror Picture Show, which I first saw the same night as my future Creative Loafing editor Rob. Walton.

You could compare going to the Silver Screen or Rhodes to a cinema appreciation class, but that makes watching silent movies, black-and-white classics or subtitled foreign language films seem like homework. And that’s wrong: I remember seeing a double feature of, say, Alfred Hitchcock’s 1930s comedy-thrillers,The 39 Steps and The Lady Vanishes, and the jokes killed.

But the best way to connect to old movies is seeing them on the big screen, not just because they’re free from the distractions of home. Films from 1940s and earlier can suffer more on a small screen compared to those of, say, the 1980s. I’ll see people on social media who claim to love film and dismiss movies from before, say, when Jaws came out. (I’m not saying you can’t appreciate old movies if don’t see them on a big screen, but the big screen makes a better gateway.)

I won’t romanticize the celluloid good old days over the digital present. Today’s IMAX screens and projectors can offer a tremendous viewing experience, while technical glitches were common back in the day. Audiences would routine yell to the projection booth if a movie was improperly framed or out of focus after a reel change. At the Silver Screen’s Diamonds Are Forever, a femme fatale asked James Bond “Is there something we can do for you?” and someone in the theater clapped back “We want you to focus!”

Around this time, the marketing of VCRs and movies on videotape was a subplot that would eventually supplant the main story. It’s like the 1980s began with repertory theaters and ended with video rental stores. The Silver Screen closed in 1983 —the last films I saw there were the drag comedies La Cage Aux Folles and Victor/Victoria — and The Rhodes held out a few more years. In the 1990s, my wife and I got married at the Rhodes Hall historic home, in part because it was next door to where the deserted Rhodes still stood, the old marquee facing our wedding party.

The next chapter of film fandom is neatly spanned by the life of Movies Worth Seeing, the beloved video rental store opened by Jerry and Anne Rubinstein in 1985. For decades, Virginia-Highland’s Movies Worth Seeing was the mother lode for classics and cult films, in sharp contrast to the likes of Blockbuster Video.

Video stores offered vastly more choices and greater convenience than the repertory option, at the cost of the communal experience and the mystique movies could cultivate when they were harder to find. Movies Worth Seeing closed in 2011 at the dawn of our present era of Redbox kiosks and streaming channels, with the choices making another exponential increase.

Despite so many options, today’s film discourse is borderline apocalyptic. Between the global corporatization of movie studios, the rise of streaming services and the pandemic, the theatrical experience is increasingly reduced to the most commercial film franchises, with grown-up fare (essentially anything without a superhero) relegated to niche theaters like the Plaza and Landmark Midtown Art Cinema. Ironically. Georgia became a major film location just when fewer types of movies get major theatrical releases.

The Plaza Theatre and Videodrome video store, neighbors in Poncey-Highlands, remain strongholds of classic film culture. While The Plaza mostly shows new art-house fare, its repertory screenings are as creative as they’ve ever been. I’m constantly keeping my fingers crossed that the Plaza and Videodrome’s business models and support systems can keep pace with the area’s real estate prices.

In a roundabout way, the Turner media empire now helps to show a few classics on the big screen each year. Turner Classic Movies partners with Fathom Events for monthly in-person screenings — including anniversary screenings later in 2022 of To Kill a Mockingbird and In the Heat of the Night.

In Raiders of the Lost Ark, Indiana Jones fights to keep the Ark of the Covenant from the Nazi clutches, arguing “It belongs in a museum!” While movies, as great art, belong in museums, they should also be legally available to as many people as possible. Thinking about the trade-offs of yesterday and today, it’s like the richer, more diverse theatrical experience was sacrificed in the name of ready access to countless (but not infinite) films. Had I been forced to choose one or the other, I may have made that call, but not without regrets.

Next year will mark my 30th anniversary writing about movies and the arts for Creative Loafing. I can’t imagine how my sensibility as a writer and critic would have been shaped without the Silver Screen and Rhodes. For the generations that follow the repertory cinema era, those experiences can be imitated, but not duplicated. —CL—