SCREEN TIME: Can A24 Save Cinema?

The company began modestly in 2013 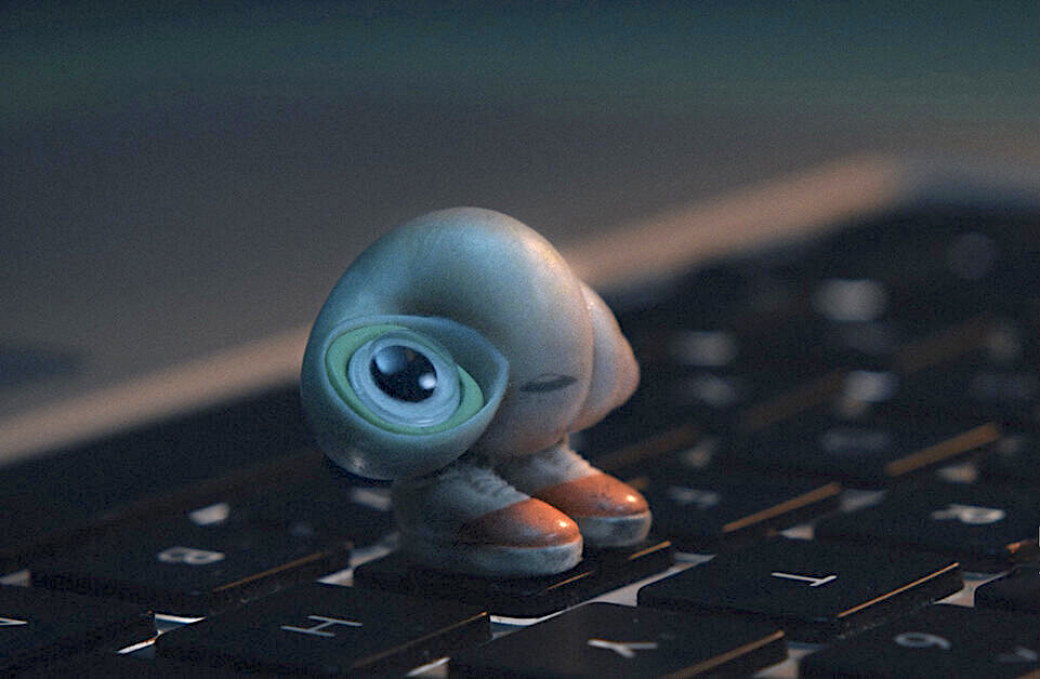 Photo credit: A24
SHELL GAME: Marcel (voiced by Jenny Slate) searches the Internet in 'Marcel the Shell With Shoes On' directed by Dean Fleischer-Camp.
By Curt Holman Friday July 8, 2022 10:50 AM EDT

Some movie studios have iconic logos, like the Disney castle or the Universal view of planet Earth. The ’70s-style design logo of production and distribution company A24 may not be as iconic, but it’s becoming an instantly-recognizable stamp of quality. At a time when movie theaters seem fated to show only the latest chapters of big franchises, A24 upholds the standard for artful, mature cinema.

An American company named for Italy’s A24 motorway, the company began modestly in 2013 but moved quickly, initially just distributing films but now also producing them (as well as such television series as “Euphoria”). A24 has such a keen eye for talent that it has earned 25 Oscar nominations to date, including major wins for such films as Moonlight and Minari. If anything connects A24 fare, which can range from coming of age stories like Lady Bird to confrontational character studies like Uncut Gems, it’s that they seem deeply personal to their creators.

A minority of A24 features are horror films like Hereditary, but they can prove so grim, intense and critically successful, the brand can be erroneously equated with them. Many are thematically rich or aesthetically unusual, but even the crowd-pleasers cater to a cinematically literate audience. Earlier in 2022, Ti West’s X depicted a small team filming a porno on a remote Texas homestead. X played like a hook up between the smutty humor of Boogie Nights and the slasher-film extremities of The Texas Chainsaw Massacre, and while it doesn’t perfectly balance its tonal shifts, it’s better to have a film with too many ideas than too few.

That more-is-better ethos is fervently embraced by A24’s Everything Everywhere All at Once, it’s most successful film to date. Michelle Yeoh plays a struggling middle-aged wife and mother surprised to learn she’s a hero chosen to prevent the collapse of the multiverse, and can draw on the skills of her alternate selves, from movie stars to chefs to martial artists.

The filmmaking duo called The Daniels riff specifically on films like The Matrix, but more broadly on the Hollywoodized hero’s journey that command the multiplex. The action scenes and sci-fi concepts enhance the themes of family relationships and self-actualization. Everything Everywhere All at Once, as the title indicates, can be hyperactive and exhausting, but is also a sheer delight and a deserved love letter to Yeoh.

The latest A24 release, Marcel the Shell With Shoes On (opening July 8 in Atlanta), is similarly quirky but operates on a smaller scale. And I mean small: the titular character is about an inch high. It’s not a snail or other type of mollusk, but just a talking, one-eyed shell with a pair of shoes and an animated mouth. Voiced by Jenny Slate, Marcel lives in an Airbnb and is remarkably resourceful among oversized human furnishings, like one of The Borrowers.

Marcel is based on Dean Fleischer-Camp’s Youtube series of the same name, with the director playing himself as a lonely filmmaker who begins making a documentary on Marcel and putting the clips online. Marcel decides to use his viral fame to find his lost family members, soon learning both the excitement and limitations of Internet popularity.

Marcel the Shell With Shoes On is accessible to younger viewers than usual for A24’s releases, and is a terrific film for kids (as long as they’re old enough to deal with candid but bittersweet themes of mortality). With a much quieter, gentler tone than most children’s fare, it’s a terrific, tear-jerking film about dealing with loss, friendship and the beauty of life. And it may even introduce A24 to a whole new generation.
Opens July 8 at area theaters. 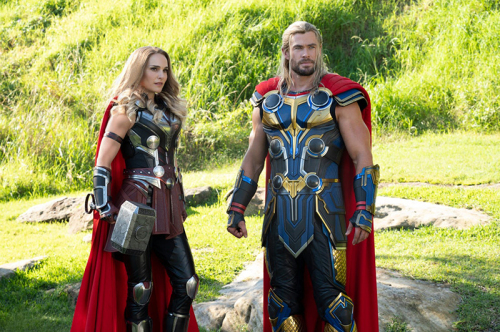 
Cabaret— The singers and other regulars at a Berlin cabaret perform musical numbers and have relationship dramas as the Nazism of the early 1930s rises around them. Winner of eight Academy Awards, including Best Actress for Liza Minelli and Best Director for Bob Fosse, this is one of the greatest musicals of all time, with themes that now, unfortunately, seem more relevant than ever. TCM’s monthly “Big Screen Classics” events, screened monthly in cinemas around the city (and the nation) celebrates the film’s 50th anniversary.'' — Curt Holman
Sun., Jul. 17, 1 p.m. and Wed., Jul. 20, 7 p.m. Atlanta area theaters. fathomevents.com/series/tcm-big-screen-classics 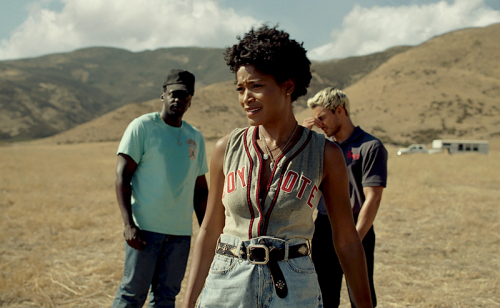 Nope— With the one-two punch of Get Out and Us, Jordan Peele has become a hugely successful creator of commercially and critically successful horror films with sharp social insights. Mystery surrounds his latest release, which involves spooky phenomenon surrounding a Black-owned horse ranch. The cast includes Get Out’s Daniel Kaluuya as well as Keke Palmer and Steven Yeun. — Curt Holman
Opens July 22 at area theaters.

Akira — This stylish, futuristic cyberthriller, released in the United States in 1989, was many American viewers’ gateway to the Japanese anime. Expect this 4K remaster to be even more impressive on the big screen. — Curt Holman
$13. Plaza Theatre, 1049 Ponce de Leon Ave NE, Atlanta, 30306. plazaatlanta.com


The King of Comedy — Martin Scorsese’s scorching satire of celebrity and the hunger for fame was ahead of its time when it was released 40 years ago, and it’s lost none of its punch. Robert De Niro plays deluded would-be comedian Rupert Pupkin, whose obsession with a late-night talk show host (Jerry Lewis) takes increasingly dark turns. This film, along with Taxi Driver, was hugely influential on Joaquin Phoenix’s Joker. — Curt Holman
$13. Plaza Theatre, 1049 Ponce de Leon Ave NE, Atlanta, 30306. plazaatlanta.com


Nashville —A masterpiece of 1970s American cinema, this sprawling ensemble piece crosscuts between multiple characters at the intersections of fame, politics and country music. Director Robert Altman oversees a stellar cast that includes Keith Carradine, Geraldine Chaplin, Henry Gibson, Lily Tomlin and Ronee Blakely in a heartbreaking role as a fragile country music star. Not to be missed. — Curt Holman


Atlanta Underground Film Festival — The 19th annual festival for independent cinema showcases work on film and video from outside the mainstream. — Curt Holman