THE VINYL WARHOL: Tales from the Fox Theatre crypt

And choice music events for November 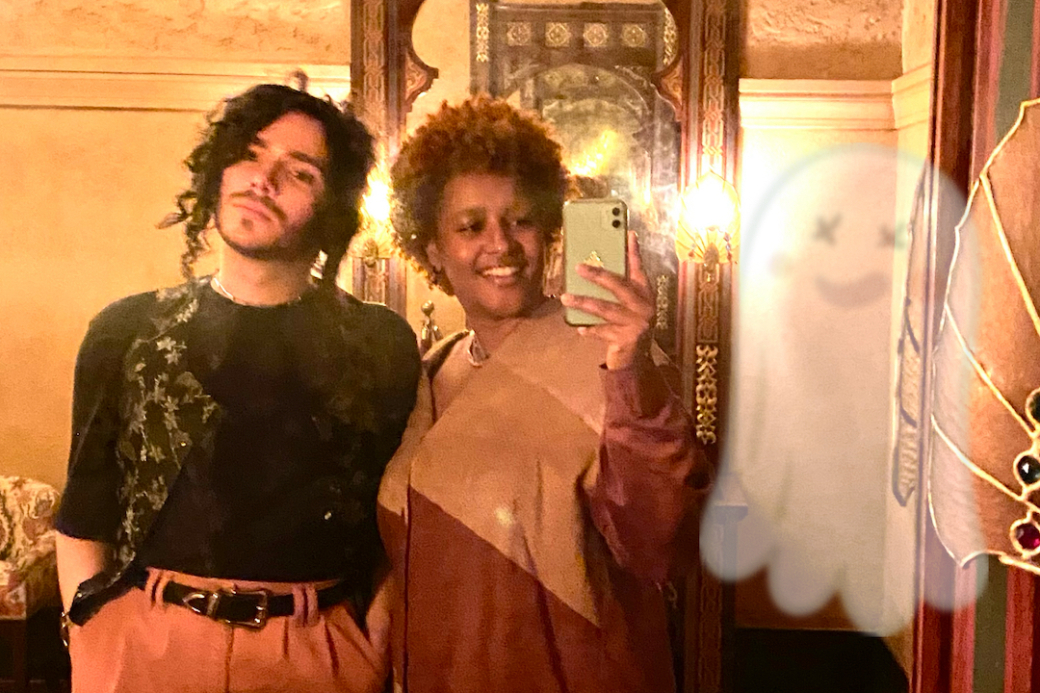 Photo credit: Harvest @dietlucifer
Ghost-Bombing: You may not see a ghost at Fox Theatre, but you will learn something.
By Matthew Warhol Wednesday October 26, 2022 05:40 PM EDT

Did you know Fox Theatre still has the original electrical system from when it opened in 1929? Did you know that Prince performed his last concert ever at The Fox? Did you know the legendary venue is haunted? These questions and more are answered during the Fox Theatre Ghost Tours, which ran through October 27.

To call the Fox Theatre Ghost Tour scary would be a stretch. The fear factor is somewhere between finding an unwanted spider in your house and Micky’s Not So Scary Halloween. It was, however, entertaining and informative. Our tour guide led us through the depths of the theatre, which is way, way bigger than I ever would have imagined.

Stops along our tour included a creepy nurse’s office, a rather unsettling maintenance room, and two fabulous dressing rooms—visited by Elvis, The Rolling Stones, and the aforementioned Purple One. At many stops, we were greeted by an actor playing a spirit that supposedly haunts theFox Theatre. Each gave a fabulous, period-perfect performance that ranged from a funny debutant who lived on the corner of Peachtree Street and Ponce De Leon before the theatre’s construction, to an unnerving maintenance man with a maniacal laugh and a poor understanding of personal space. Every performance was incredible and elevated a not-so-scary ghost tour to a theatrical experience.

The other takeaway from the tour was learning the rich history of The Fox, which is not only a live event space, but a museum to its own past. The staff of The Fox are borderline hoarders with the way they refuse to throw away the theatre’s belongings. In the aforementioned maintenance room, there was large vat of coal that was previously used to run the furnace. Ticket stubs and posters, some over 50 years old, line the walls in the dressing room. The originally manual rope pulley system that opens and closed the curtains is still sitting right off-stage. All of these historic items were highlighted on our tour, and being able to see them as they originally were, not only lets you have context to the stories, but allows you a glimpse into the Fox Theatre’s past. 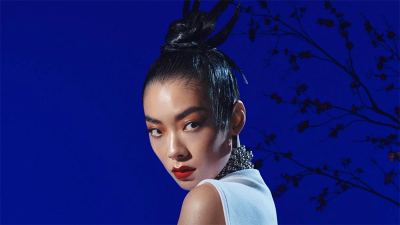 Popstar Weirdo: Rina Sawayama is nothing if not unique. Photo Credit: Thurstan Redding.

Rina Sawayama, The Eastern — If Britney Spears had grown up with the musical knowledge of the entire internet, you’d have Rina Sawayama. Her musical pallet is diverse, encompassing hard rock, techno, pop, R&B, and alternative. A Linkin Park-esque banger will turn into a Disney Channel soundtrack and back again. One moment Sawayama will be singing cute and coy, the next she’s screaming at you to “STFU!” Nothing outstays its welcome, and if one verse doesn’t tickle your fancy, something new is around the corner. Her one constant, hooks. No matter the genre, Sawayama will find away to get a line stuck in brain. — Matthew Warhol
$33-$73. Tue., Nov. 8, 8:00 p.m. The Eastern, 777 Memorial Dr. S.E. easternatl.com @easternatl 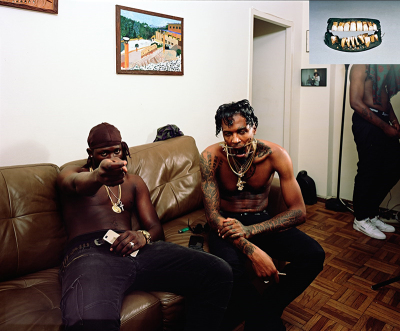 Monthly Exhibition Tour: Deana Lawson, High Museum of Art — Deana Lawson’s self-titled exhibition is one of the most powerful collections of photographs I have ever seen. Taking photos from the last two decades, it showcases black life and identity in huge, breath-taking portraits. Mundane locations like living rooms and bedrooms are elevated to throne rooms with their subjects projecting royalty, history, resilience, and pain. But her subjects are not royals, celebrities, or rich aristocrats, they are everyday people. These people, who are judged and persecuted for the color of their skin, are celebrated in Lawson’s work for purely being themselves. Other themes in her photographs include find black culture, black love, and black family. See the works for yourself and hear someone much better than I at articulating its background and meaning at the High Museum Of Art’s Monthly Exhibition Tour. — Matthew Warhol
$16.50. Mon. Nov. 12, 11:00 a.m. High Museum of Art, 1280 Peachtree St. N.E. high.org @highmuseumofart 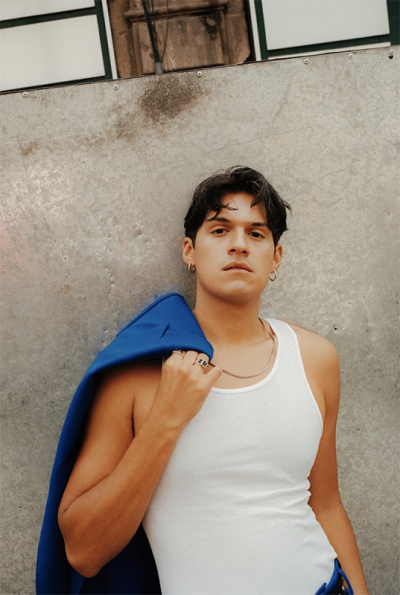 Omar Apollo, The Eastern — Omar Apollo’s music sounds instantly classic. He is able to put that indescribable component that’s in all timeless music in his best songs. Is it the never-failing story of longing for love? Is it the influence of classic soul singers whose emotions bled from their mouth? Is it just purely great songwriting? I don’t know, but I love whatever he is able to tap into. Many of his songs, particularly the slower joints, even your grandma would love. These are wedding tunes. These are tunes that make you feel like the main character of a romcom. These are tunes everyone can find something in. — Matthew Warhol
$32-$75. Tue., Nov. 15, 7:45 p.m. The Eastern, 777 Memorial Dr. S.E. easternatl.com @easternatl 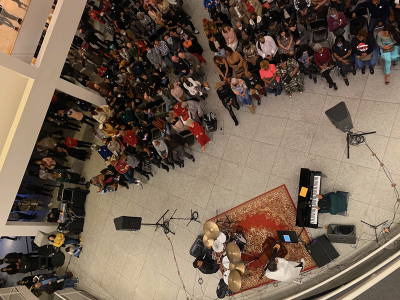 November Friday Jazz Night, High Museum of Art —  Hands down, jazz nights are the best way to experience the High Museum. I love museums. But, my biggest complaint about them is that visiting a museum is too similar to going to the library. On jazz night, however, The High is alive. People are drinking and laughing and clapping. Everyone gets dressed up. The main corridor is buzzing from the energy produced by world-class musicians giving their all. And you’re free to walk through the exhibits as usual, but even that feels electrified. Somehow, Atlanta’s biggest arts institution gets even more creative. — Matthew Warhol
$25. Fri. Nov. 18, 6:00 p.m. High Museum of Art, 1280 Peachtree St. N.E. high.org @ highmuseumofart 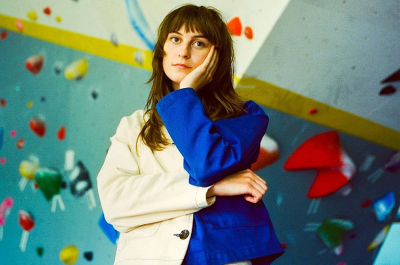 Faye Webster, Variety Playhouse — Atlanta’s own Faye Webster continues to grow in popularity and strength. The release of her fourth LP, I Know I’m Funny Haha, was met with thunderous praise from fans and critics alike. She gained legions of new fans who gravitated toward album’s deeply personal lyrics, Webster’s cool voice, and a relaxed indie-country sound. Earlier this year, I saw Webster opening for HAIM and gained an even greater appreciation of her craft in a live setting. Her generally gentle sound was bolstered with additional instruments. The increased vigor between Webster and the crowd made for a wonderful performance. You’re making Atlanta proud, Faye! — Matthew Warhol
$27.50-$49.50. Sat., Nov. 19, 8:30 p.m. Variety Playhouse, 099 Euclid Ave N.E. variety-playhouse.com @varietyplayhouse 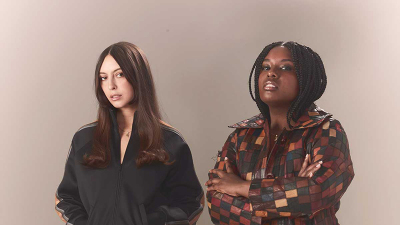 Coco & Clair Clair, Terminal West — I know I’m getting old and am much less “with it” than I ever have been, but to me, Coco & Clair Clair came out of nowhere. However, I know I’m wrong, because this Atlanta duo has been rocking at since 2014 (maybe earlier). They were teenagers crafting a sound of perma-online pop and what I am dubbing sugar rap. Maybe it’s my desire to always shout-out Orlando, my hometown, but I also sense some Kitty Pryde influence. Regardless, Coco & Clair Clair were not on my radar until I saw them perform earlier this year at a house show where over 300 people crammed into a backyard to hear this duo perform their fun and petty music. So many fans were clamoring to see Coco & Clair Clair that dozens climbed onto the roof to catch a glimpse. No less than 10 minutes after their performance, cops broke up the chaos, and we left knowing we saw something special. This is one of Atlanta’s most special young acts, who will hopefully be climbing the music industry in the coming years. They definitely deserve it. — Matthew Warhol
$17-$20. Wed., Nov. 30, 8:30 p.m., Terminal West, 887 West Marietta St. N.W. C. terminalwestatl.com @terminalwest

Men I Trust, Variety Playhouse — Men I Trust have been my white whale for the the last few years. And now is my time to grab the bull by the horns. I became a fan over 2020’s quarantine—their smooth, spacey sounds perfectly fit the prolonged insular malaise of that time. I would go on lonely walks and think of a better time while listening to some to their best singles, “Tailwhip,” “Numb,” “Lauren,” and “Show Me How.” Emmanuelle Proulx’s voice is fragile and soothing—she almost whispers into your ear while you’re listening. However, my favorite element of Men I Trust is the superb bass playing of Jessy Carson. He could have phoned it in on these songs and they would still be great, but he chose to put his whole foot into every bass line, creating face-scrunching grooves that would leave the best bass players green with envy. It’s that craftsmanship that separates this Montreal trio from the endless sea of ever-growing indie rock. — Matthew Warhol
$24-$36. Sat., Dec. 3, 8:30 p.m. Variety Playhouse, 099 Euclid Ave N.E. variety-playhouse.com @varietyplayhouse 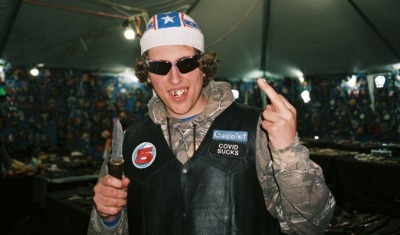 Andrew Callaghan, The Eastern — Andrew Callaghan might just be the best interviewer of our time. On his YouTube channel—Channel 5, previously All Gas, No Brakes—he’s racked-up hundreds of millions of views traveling around the country and capturing unique facets of American life. From right-wing extremists like Alex Jones and White Lives Matter protesters to cringe-inducing pick-up artists and lovable gang members, everyone gets their turn in front of the microphone. Whether they end up looking good, is up to them. While Andrew is clearly a leftist, his on-the-street interviewing style doesn’t let his guests in on his own thoughts. His strength is asking simple, open-ended questions and making people feel comfortable enough to share their opinions. He acts as a mirror to these American subsets, letting them appear as their genuine selves, for better or worse. The result is often comedic, as the people he speaks to mostly come across completely insane. But often, the results are deeply insightful and emotional. For example, when interviewing NRA members at a conference in Houston days after the Uvalde shooting, he juxtaposed their gun-loving ramblings with members of the Uvalde community speaking on the tragedy and America’s gun problem. It’s a heartbreaking look at this ongoing issue. How will any of this translate into a live experience? I have no idea. I do know he has been working on a documentary on the January 6, 2021 capitol insurrection, so maybe fans will get a taste of that. Regardless, this man has carefully-crafted everything he has done so far, so I imagine a live experience will have the same thoughtfulness. — Matthew Warhol
$30-$59. Wed., Dec. 7, 8:30 p.m. The Eastern, 777 Memorial Dr. S.E. easternatl.com @easternatl