Confit of suckling pig at the Cockentrice 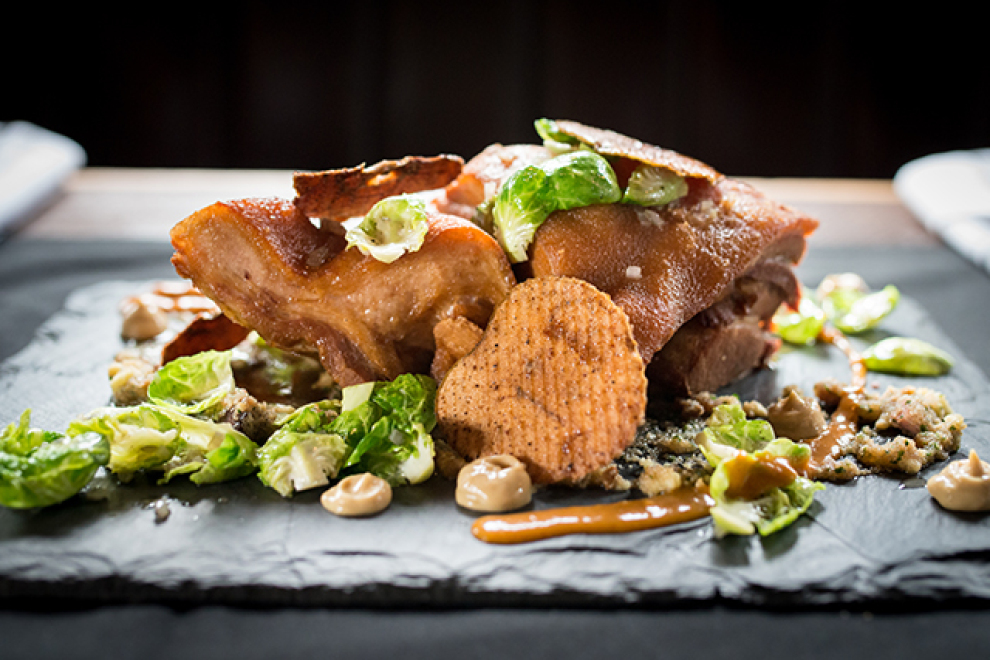 Available at The Cockentrice !
Chef/owner Kevin Ouzts initially wanted to put a whole pig on the Cockentrice’s menu but had to settle for one 12-ounce section per plate. Each towering hunk of pork is slow-cooked in its own fat, and then deep-fried till golden. This two-step method creates a flavor-texture combo that’s a cross between crisp pork belly and braised pork shank. Accoutrements change often, but a recent version included toasted amaranth (an ancient grain similar to couscous), pickled Brussels sprout petals, and a smattering of cinnamon-black pepper apple chips. Ouzts finished the dish with a sweet, local-peach barbecue sauce, ham-fat mustard, and roasted pork jus. $29.
Departments