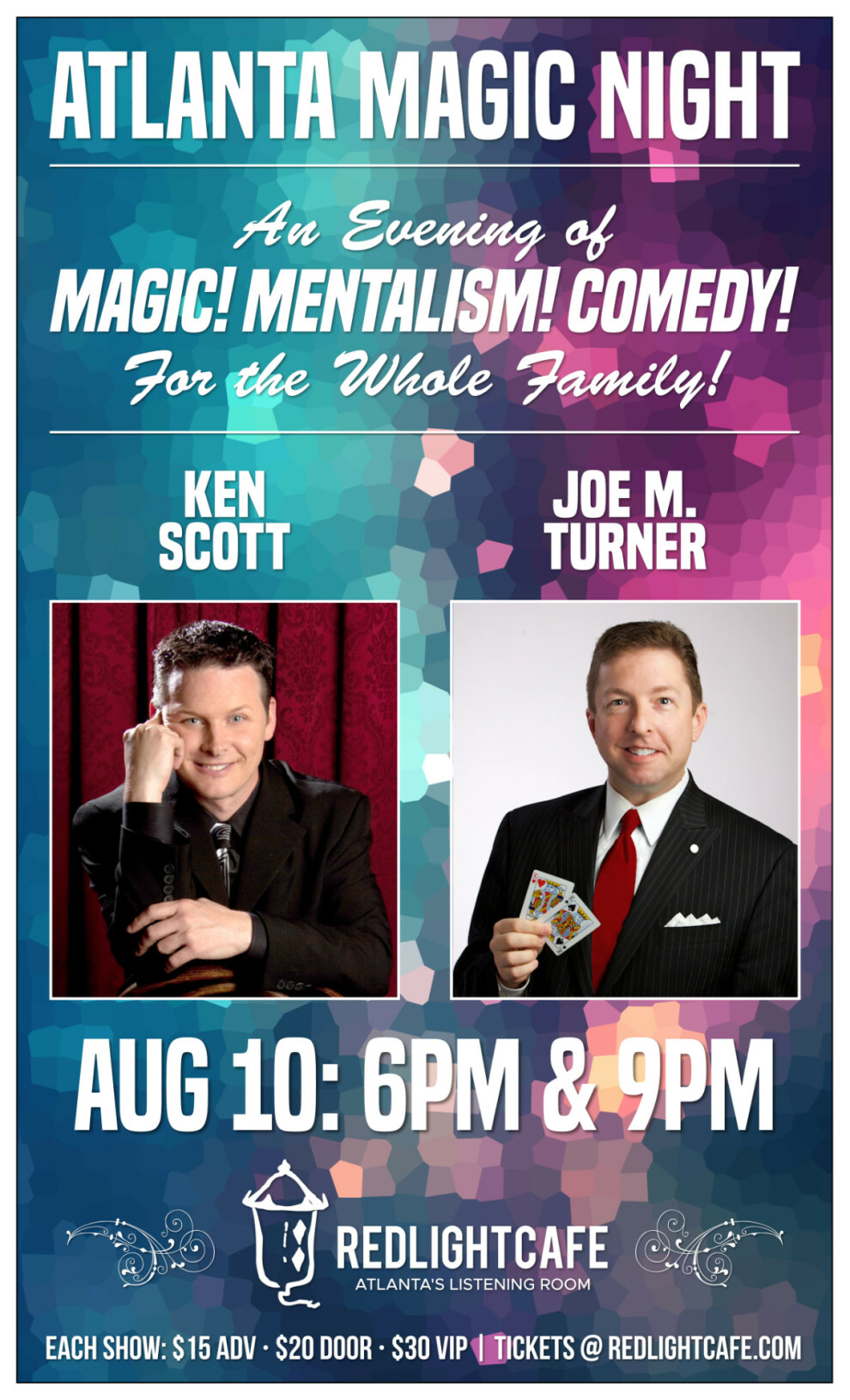 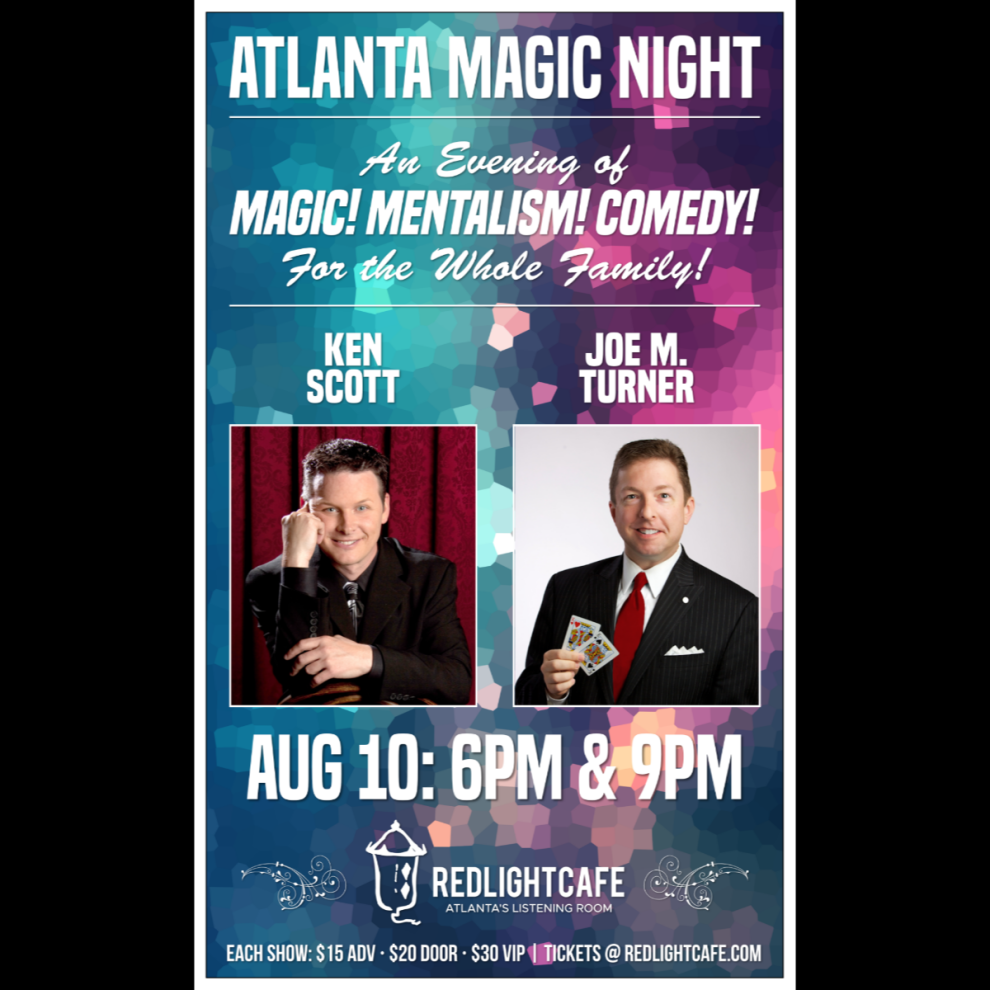 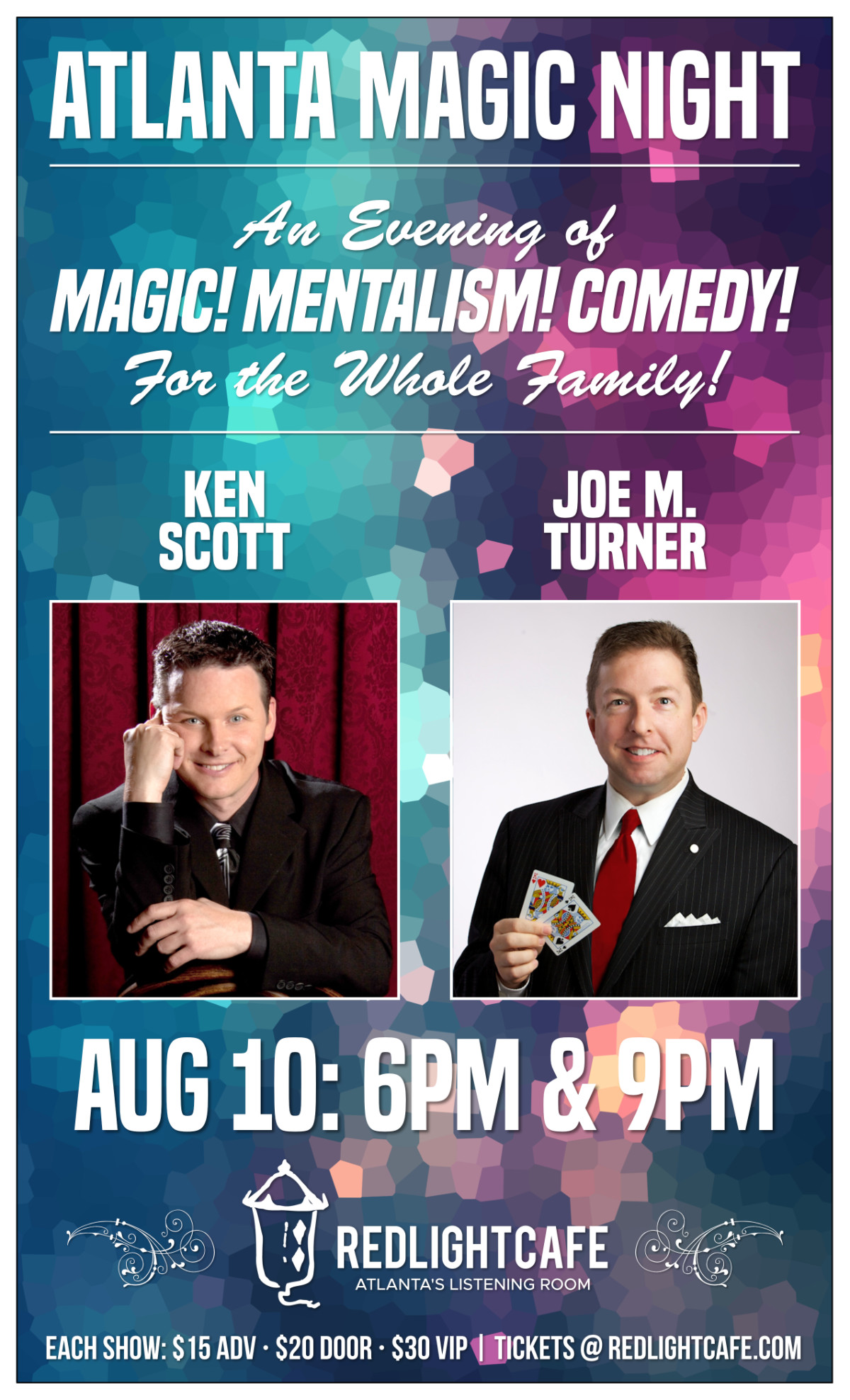 Ken Scott has over 20 years of experience, performing over 350 shows a year. He has entertained over a million people with his unique cutting edge programs. Ken is a THREE time winner of the Greater Atlanta Magician of the year award. In addition, Ken was also featured on CNN Headline News, where he headlined their segment on A Day of Magic. Ken performs yearly in Hollywood California at The World Famous Magic Castle, which is home to the Academy of Magical Arts. Ken has also performed five times at the White House. Ken has also appeared on ABC’s America’s Funniest Home Video.

Joe M. Turner has entertained audiences across America and around the world for the last two decades. While working primarily as a keynote speaker and entertainer in the corporate market, Joe has also performed on cruise ships, at colleges, and in theatres. He is a writer and consultant on the use of magic for theatre, film, and television. His own television appearances include Good Morning America, Nightline, CNN Headline News, CNN Chile, and a national network magic special in Europe. He has appeared at the Chicago Magic Lounge, Monday Night Magic in New York, the London Palladium, multiple times at the Hollywood Magic Castle, and at a variety of other events on six continents. Joe has co-produced Atlanta Magic Night since it began over 5 years ago.