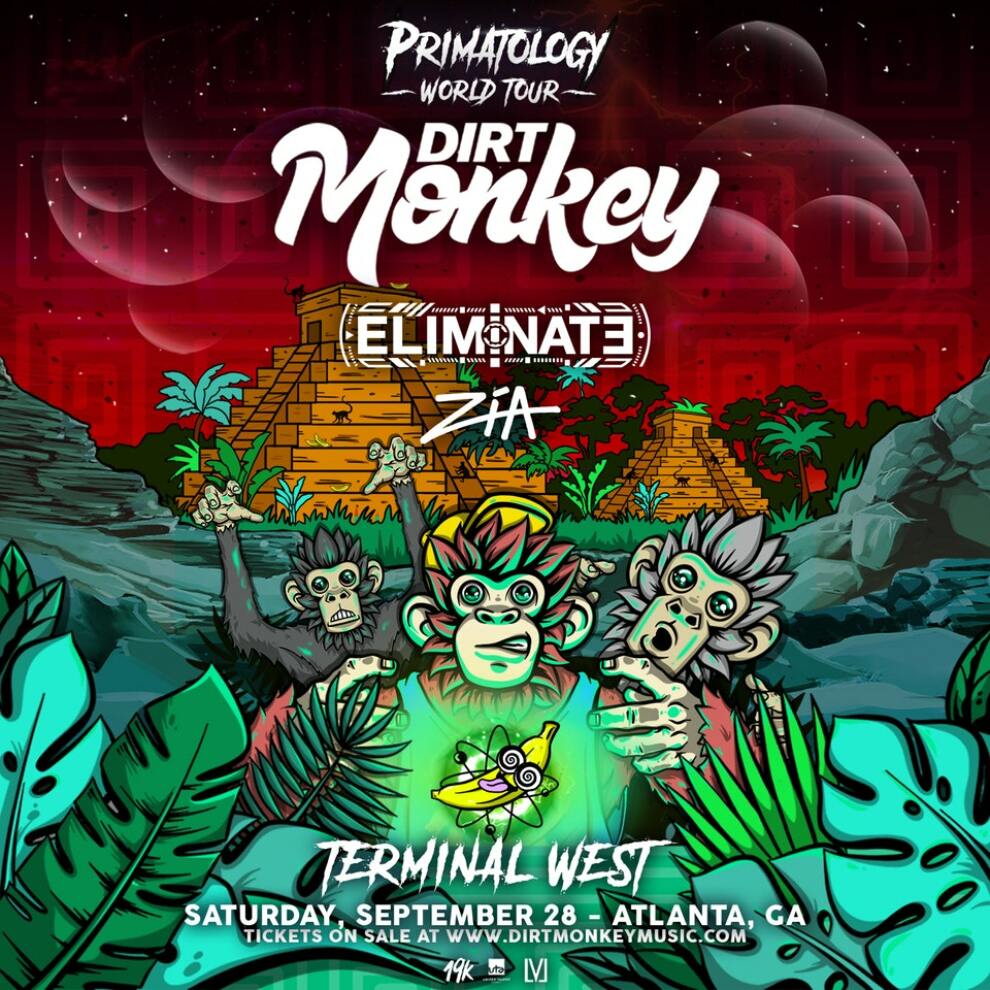 Courtesy of Terminal West
Cost: $18-$21
Dirt Monkey, aka Patrick Megeath, has carved his uplifting, bouncy, and unique sounds within the Denver, Colorado dubstep scene and has gained international acknowledgement with his punchy and playful sound design. His tracks have gained support and captivated audiences via many pioneers, such as: Skream, Benga, Rusko, Datsik, Excision, A-Trak, Virtual Riot, Anna Lunoe, Annie Nightingale (BBC Radio 1), Downlink, Ganja White Night, and Protohype. Dirt Monkey’s Remix of Rusko’s “Woo Boost” has recently hit the world by storm, was released on Subcarbon Records, and to top it all off, is supported by the don himself, Rusko. Although this eclectic music junky enjoys a wide-variety of music, he has gravitated towards the trippy, crisp sounds of IDM and the wonky, high-energy sounds of old school dubstep and strives to fuse the two together. He has worked with a wide-variety of artists including: DMVU, Space Jesus, Illenium, Party Wave, Run DMT, AMP Live, and Jantsen. Dirt Monkey has performed at a countless number of breathtaking venues, including Red Rocks Amphitheatre, clubs in France, and Beta Nightclub in Denver, CO (where he has held a residency for the last 5 years). Also, for the past four years, he established and ran the record label, Kairos Audio, with the help of co-founder, Jantsen. In the future, expect this virtuoso to continue carving a niche that does not exist yet in the music scene and stay on the look out for a 5-song EP coming out in Spring 2017 on one of the most reputable labels in the world. Although, Dirt Monkey is extremely versatile to say the least, his true wobbly greatness will continue a movement within clubs, both boutique and world-class venues, and the colorful festival scene.
More information