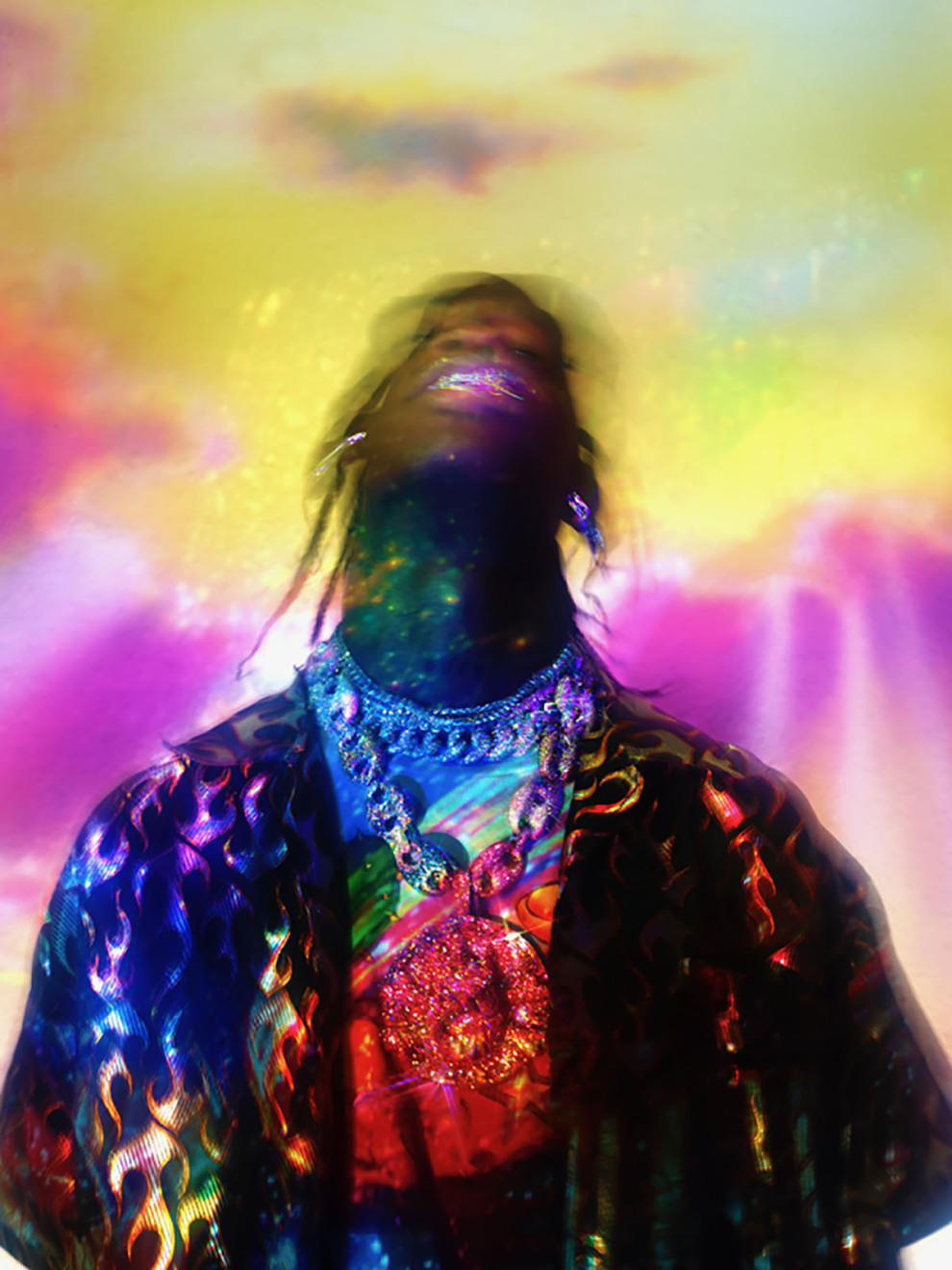 Like the wildest rollercoaster imaginable, Missouri City, Texas-born and Los Angeles-based multiplatinum artist Travis Scott flips popular music, culture, and fashion upside down. Bathed in bright lights, scents of carnival pleasures, and the climactic screams of millions worldwide, his third full-length album, ASTROWORLD [[[Cactus Jack Records/Epic Records], opened up as the ultimate musical attraction of 2018. Upon arrival, it catapulted to #1 on the Billboard Top 200, earned the second highest debut of the year, and raised the bar by achieving the biggest ever first-week streaming total for Sony Music, with 349.43 million streams worldwide in under seven days. Not to mention, it emerged as "the best Epic Records debut since 1999" with total sales of 537,000 - 270,000 comprised of traditional sales in its first week. Internationally, ASTROWORLD hit #1 in 7 markets: Canada, Australia, New Zealand, Sweden, Norway, Italy, Belgium; Top 3 in UK, France, Netherlands, Switzerland, Finland, Ireland. #4 in Germany! Additionally, #1 on iTunes in 65 markets, Top 5 in 89 markets, Top 10 in 92 markets and on Spotify all 17 album tracks debuted in the Global Top 50 chart. This marked the highest pure sales week of the year as well. Moreover, to celebrate the success, he gave out $100,000 to fans. Acclaimed by Pitchfork, Entertainment Weekly, Rolling Stone, and more and gracing the cover of GQ, this takeover paved the way for his second MTV VMA performance, ASTROWORLD Festival in Houston, and a gargantuan world arena tour starting in November of 2018. Musically, ASTROWORLD ushers the artist, producer, songwriter, designer, style icon, and Catcus Jack Records founder into the hip-hop pantheon. A sonic funhouse, classic Houston drip bounces off the walls between psychedelic instrumentation, woozy rhymes, and candy-coated hooks, evincing his clever lyricism and unshakable cadences in widescreen HD bliss. This wonderland magnetically attracted everyone from Stevie Wonder, Drake, John Mayer, and Tame Impala to James Blake, Gunna, Swae Lee, and more to participate in the ringmaster's vision. Welcome to the most lit place on earth… The record simply represented the next natural step for Travis whose lifelong grind began to pay off big in 2016. Magnetically attracting one of the most diehard fan bases in music, his second consecutive platinum full-length opus Birds In The Trap Sing McKnight [[[Epic Records/Grand Hustle] crashed the Billboard Top 200 at #1 and Top Hip-Hop/Rap Albums Chart at #1. Among a bevy of unpredictable, undeniable, and uncontainable bangers, "Goosebumps" [[[feat. Kendrick Lamar] earned a triple-platinum certification from the RIAA, the Young Thug collaboration "Pick Up The Phone" [[[feat. Quavo] went double-platinum, "Beibs in the Trap" [[[feat. Nav] soared to platinum, and "Through the Late Night" [[[feat. Kid Cudi] became gold. Consistently "One of Spotify's 100 Most Streamed Artists in the World," his total streams surpassed 1 billion by 2017. To date, ASTROWORLD has crossed over 2.1 billion streams worldwide. Joined by his giant animatronic bird "Jack," the incendiary shows for Birds In The Trap Sing McKnight would be equally legendary. He supported Kendrick Lamar on the sold out DAMN. Tour across the United States in addition to now storied main stage spots at key festivals such as Coachella and Bonnaroo. Along the way, he graced the covers of Complex, XXL, The Fader, Paper, GQ Style, and many others as well as performing on ABC's Jimmy Kimmel LIVE! After penning and featuring on various cuts for Kanye West's Cruel Summer and the gamechanging Yeezus, Travis began leaving his mark on hip-hop with 2014's seminal Owl Pharaoh and Days Before Rodeomixtapes. A barrage of punk intensity, anesthezied production grime, and wild, warbling flows, he instigated a burgeoning movement online - a precursor to the "Soundcloud Rap" phenomenon to follow a few years later. 2015's Rodeo elevated him to the status of a mainstream contender. Powered by the triple-platinum "Antidote" and gold "3500" [[[feat. Future & 2 Chainz], it garnered a platinum plaque and stormed the Top 200 at #3, while notching his first #1 on the Top Hip-Hop/Rap Albums Chart. His infiltration of fashion remains just as seismic. Beyond appearing in shoots for Vogue, he has collaborated on launches with Ksubi Denim, Helmut Lang, and Nike and gone on to star in notable campaigns for Alexander Wang, Saint Laurent, Ricardo Tisci, and numerous other top designers. However, ASTROWORLD hints at even crazier surprises come. The rollercoaster is only going to get bigger, bolder, and better with Travis in the driver's seat. Brace yourself and buckle up…