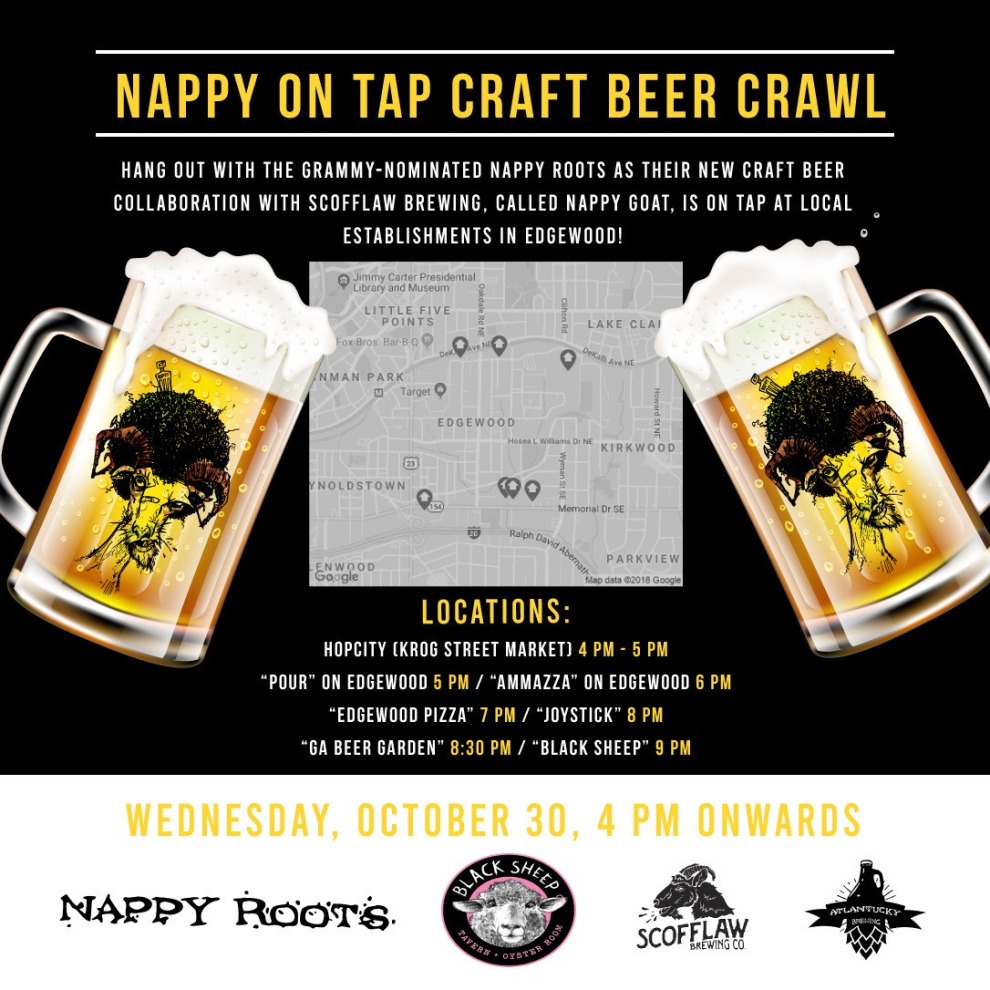 Categories: Craft Beer
After more than 20 years in the public eye, GRAMMY-nominated Nappy Roots has added to its repertoire by expanding beyond music into the craft beer industry. Nappy Roots wants to share their passion with its Atlanta fans by conducting a "Tap Takeover" on Wednesday, Oct. 30.

Fans are encouraged to drink the group's latest beer - Nappy Goat (a strawberry-banana milkshake IPA made in partnership with Scofflaw Brewing), as well as eat and hang out with the group as they visit three locations in Edgewood carrying their beer:


The band began experimenting making craft beer in their home brewery, Atlantucky, which fermented their passion for microbrewing. Since 2017, the group has introduced 10 craft beers across the country.