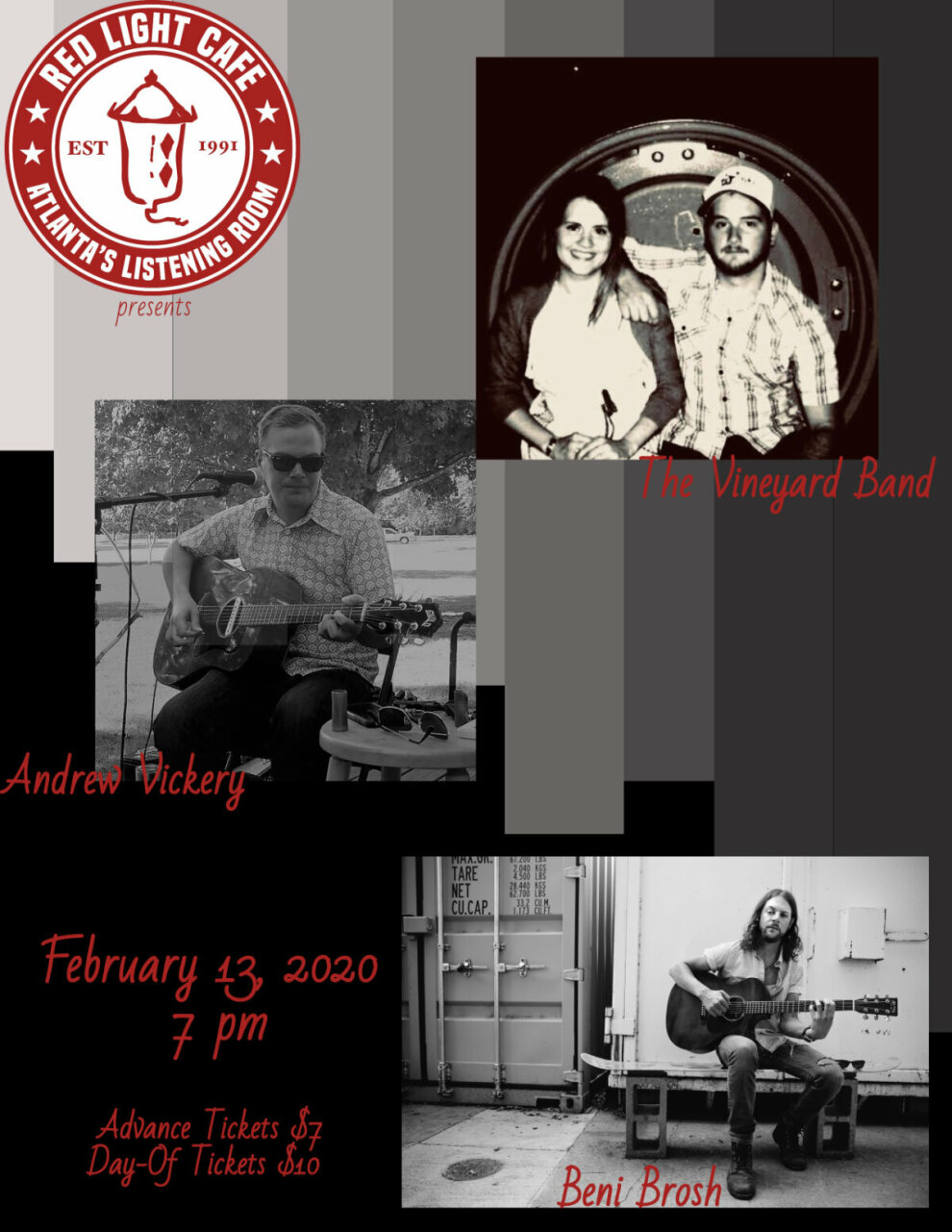 Andrew Vickery is a singer/songwriter and multi-Instrumentalist from Atlanta. He is a veteran of the Athens, Georgia music scene for a decade where he fronted the Replacements-inspired Worn Out Welcome, performed solo and played slide guitar, mandolin and pedal steel guitar for the Burning Angels and the Ken Will Morton band. He is currently finishing a new set of originals for a full-length album to be recorded later this year.Beni Brosh is an Americana Singer-Songwriter based out of Fort Collins, Colorado. His songs are honest and heartfelt, cleverly crafted and musically rich. Utilizing his guitar case as a kick drum, Beni's one-man-band set up showcases his original songs based in rock and roll, folk, blues, and outlaw country music. His influences range from Neil Young and Rolling Stones to John Prine, Willie Nelson and Townes Van Zandt to more modern folk/Americana music like Jason Isbell, Brandi Carlile and Nathaniel Rateliff & The Night Sweats. Beni captures audiences with his salt of the earth performances that are sure to make you laugh, cry, and contemplate this crazy world we live in.
The Vineyard Band is a 4 piece band with male and female lead singers (lots of harmonies), acoustic guitar, fiddle and cajon box drum that’s described as having a very Classic Country sound - think Hank Williams Sr, Patsy Cline, etc.