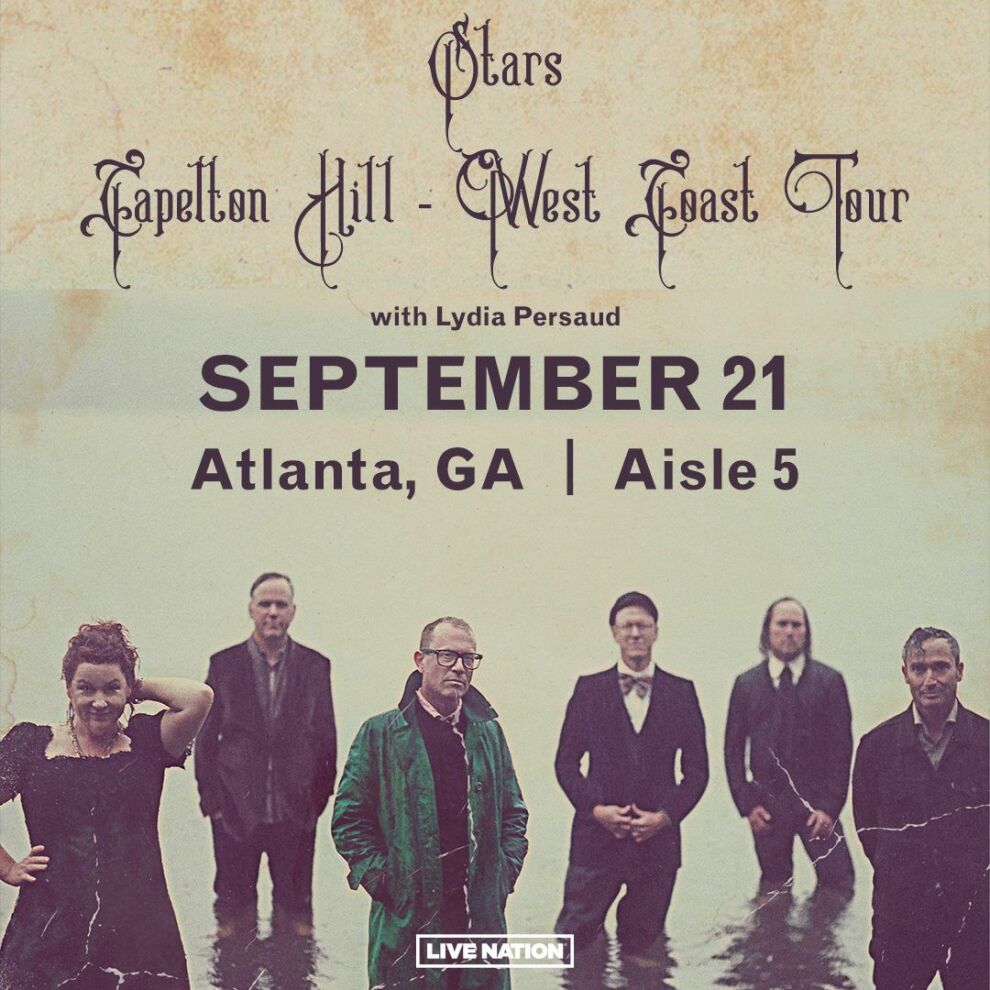 For the members of Canadian band Stars, Capelton Hill is a place where things don't change. - From Capelton Hill, the new record from the band, is about this place, the relationships formed there, the inevitable decay of it all, and the joy and life that happens in between. More than ever, - From Capelton Hill - feels like a direct channeling of Stars' decades-long pursuit: "This band has always been us trying to navigate what it means to be inside a life that is going to end," says vocalist Amy Millan. "And we're getting closer."Musically, the record feels like walking into Stars' familiar teenage bedroom. Campbell says it cuts to the band's "founding principles": it's brimming with gothic, dazzling '80s and '90s Britpop arrangements, but rendered with intimacy and warmth rather than with cold, digital remove. A wealth of horn and string arrangements unfold across the record in true Stars fashion, romantic and macabre. The fretwork and key strokes feel closer than ever before; Millan's and Campbell's vocals are tender and undressed, as if they cut all their takes together.The music for - From Capelton Hill - was composed between Seligman and Cranley over the first half of 2020, and after a first attempt to assemble the record from afar with mixed results, the band convened in Montreal to record with Marcus Paquin and Jace Lasek at Studio MixArts, Lasek's Breakglass Studio, and the band's own space, Zoomer.From Capelton Hill - is about a group of people who have spent more than 20 years together, and who have now started to face the awful, necessary calculus each human eventually must do: when will all of this end? The lyrics of "Capelton Hill," in its bittersweet, end-of-season farewell to the ramshackle house in North Hatley, offer a useful equation: "Close up the house for one more year, wave to the lake and drive away/That feeling in your chest, it isn't fear, it's just the passing of the day."Stars has partnered with PLUS1 so that $1 from every ticket goes towards the PLUS1 x NOISE FOR NOW Reproductive Health Access Fund, which supports grassroots organizations working tirelessly throughout the USA to provide and protect our Reproductive Rights.
More information