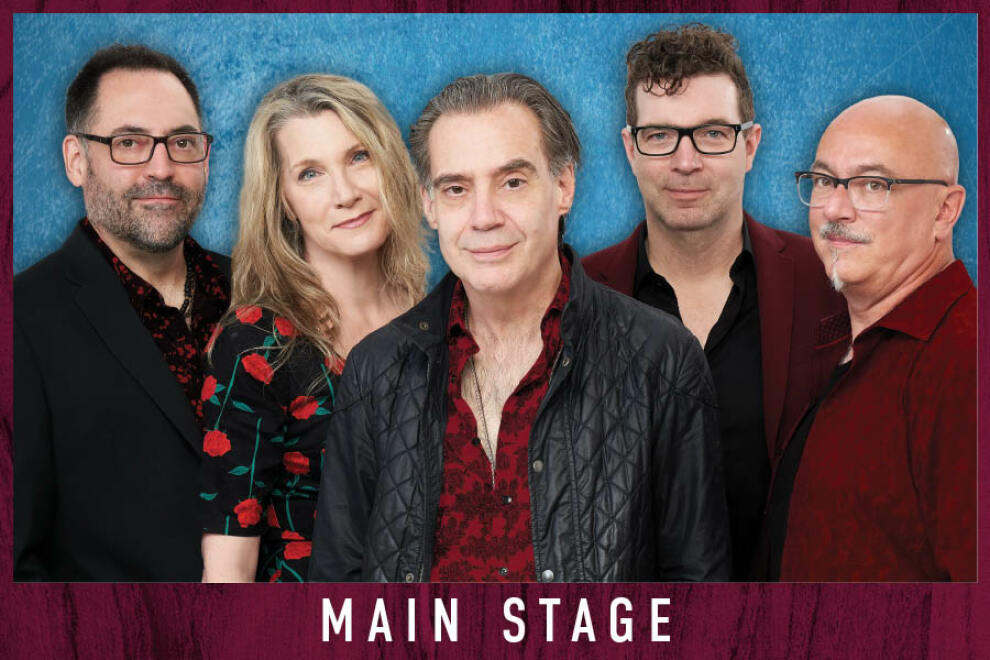 ABOUT THE SHOW
In 2018, 25 years a/er the release of their mul8-Grammy nominated hit album "God Shuffled His Feet"?, The Crash Test Dummies hit the road for the first 8me in 20 years with an Anniversary Tour that spanned North America. The overwhelming recep8on led to a 30th Anniversary Tour in 2022 for their debut release "The Ghosts That Haunt Me"? that touched down in the US, UK, Germany, Austria, the Netherlands, Luxembourg, and Canada.

And the band is showing no signs of slowing down . . .
"Touring again was not something we'd planned on, but surprisingly - at least to me - there are lots of people who many years later, s8ll want to come and hear us. The folks that are coming out to see these shows tell us their stories, some of them very funny, some very dark and all very personal. It's very humbling, being in the confidence of so many people"? says lead singer-songwriter Brad Roberts, "and it has inspired us to con8nue to tour and make music."?

Early 2023 will see the release a new, original Crash Test Dummies single "Sacred Alphabet" as they again hit the road in North America and Europe.