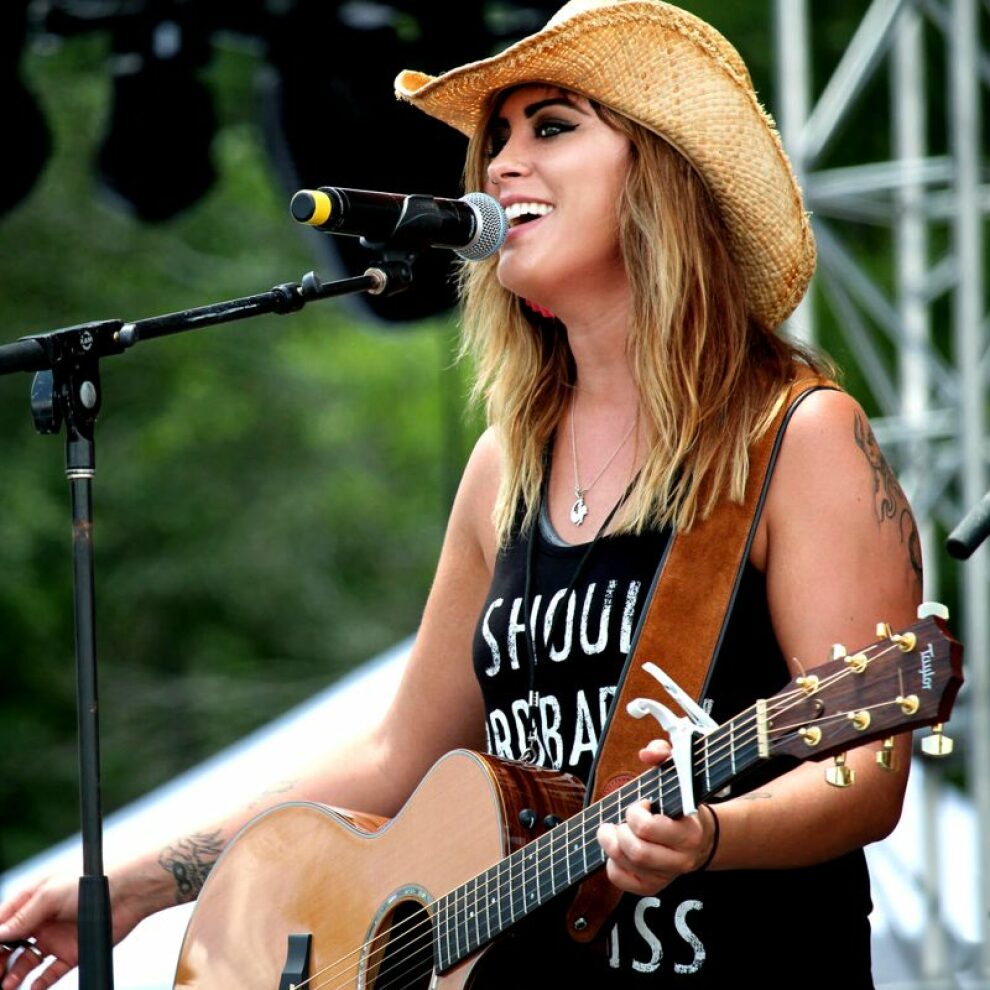 Jessica Meuse is an American performer from Slapout, Alabama. She has wowed audiences since the age of 10 and plays several instruments (guitar, piano, and classical violin). At 20, Jessica won the statewide artist showcase, Stars of Alabama.

A spot on Season 3 of NBC’s The Voice followed, where she made it to the blind auditions and was on Vans Warped Tour. Jessica was then selected by American Idol’s judges, Keith Urban, Jennifer Lopez, and Harry Connick, Jr., for Season 13 of the TV series where she rose to be a Top 4 National Finalist. Jessica also became the first person in the history of Idol to perform her own original song during the finals and joined Idols LIVE Tour, performing in 40+ cities across the USA and Canada.

Jessica Meuse at the Dogwood Festival