Dust-to-Digital’s song of the South and beyond

Lance and April Ledbetter shine a light on forgotten music 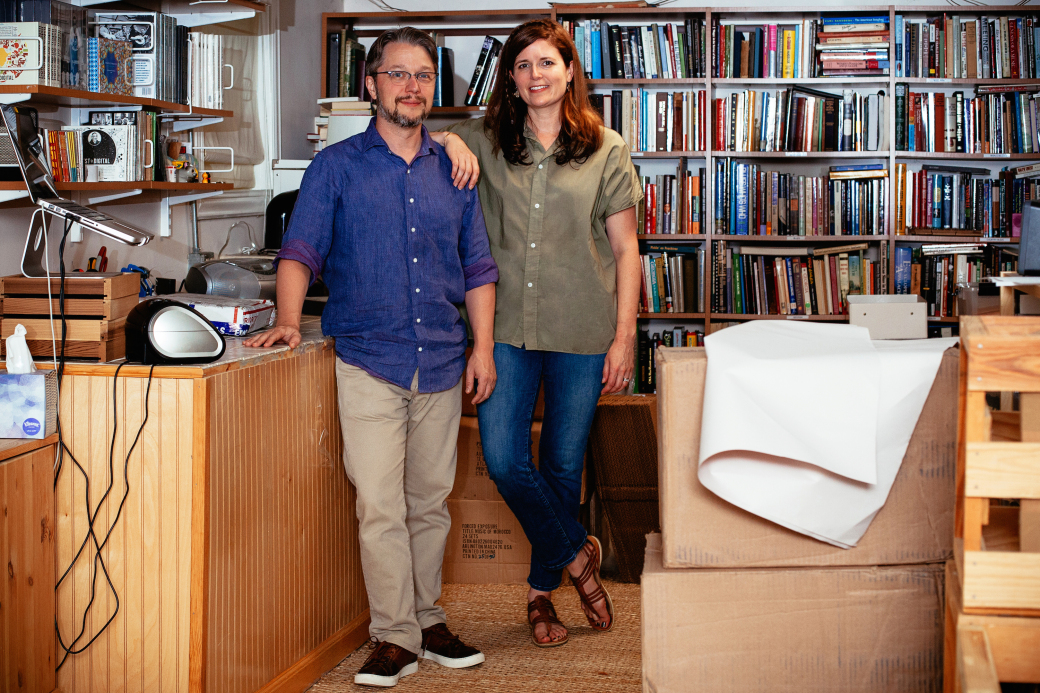 April and Lance Ledbetter have built an impressive legacy for themselves in music. It hasn’t always been easy, but they’ve lived an archivist’s dream running Dust-to-Digital Records, releasing dozens of LPs, CDs, box sets, and books documenting long-lost music from around the world. With a catalogue that boasts titles such as Don’t Think I’ve Forgotten: Cambodia’s Lost Rock and Roll, Qat, Coffee & Qambus: Raw 45s from Yemen, and Listen All Around: The Golden Age of Central and East African Music Dust-to-Digital scours the world to uncover a truly global sound.

But the label’s most celebrated victories — Grammy wins for Art and Margo Rosenbaum’s 2007 Art of Field Recording: Volume I and 2018’s Voices of Mississippi: Artists and Musicians Documented by William Ferris — underscore an unmistakably Southern identity.
Since the 2003 arrival of Dust-to-Digital’s inaugural Goodbye, Babylon box set of folk and gospel music and sermons recorded between 1902 and 1960, the label has remained firmly planted in Atlanta. Basing its operations in the South presented some obstacles in the early days, but for Lance and April, staying close to home keeps the label moving forward.

“You often encounter this idea in the visual arts world, and in the music world, that in order to be successful you have to move away,” April says. “Being here works well for us. There is a lot of freedom that comes along with being in a place where the cost of living is a lot lower than it would be somewhere else, and accessibility to people is just much greater here.”
Lance agrees and adds that, perhaps, being Southerners themselves gives them a certain amount of insight as to how music from the South should be produced and presented to a broader audience. After all, William Faulkner once said, “To understand the world, you must first understand a place like Mississippi.” And when it comes to the meticulous attention to detail that Dust-to-Digital gives to releases such as Ferris’ Voices of Mississippi, the word Southern is synonymous with authenticity.

Lance gained his first hands-on experience presenting music circa 1996 through 1998 when he interned with the formerly Atlanta-based label Table of the Elements. Working with co-owners Kristina Johnson and Jeff Hunt, he soaked up TotE’s lavish treatment of releases by artists such as minimalism luminary Tony Conrad, Lee Ranaldo and Thurston Moore of Sonic Youth, and early electronic music pioneers Eliane Radigue and Pauline Oliveros. The label was a cornerstone for music from outlier artists and composers who contributed to social, historical, and aesthetic contexts of more significant movements in music and art but remain outside the realms of mainstream attention.

While interning with TotE, Lance began formulating an idea to breathe new life into the long-forgotten gospel, blues, jazz, and antique music he’d researched for the "20th Century Archives" radio show on Georgia State's student-run radio station, WRAS. He also made the acquaintance of graphic artist Susan Archie, who worked closely on many of TotE’s releases. Archie was also actively working with the Austin, Texas-based record label Revenant Records, and landed a “Best Boxed or Special Limited Edition Package” Grammy win for her work on 2001’s Screamin' and Hollerin' the Blues: The Worlds of Charley Patton. It was an impressive win for Archie, one that’s also fundamentally tied to operating in Atlanta.

Archie was born in Florida, trained in graphic arts work in New York City in the ’70s and ’80s, and moved to Atlanta in the summer of 1989. Her musical interests lay in the then-thriving Cabbagetown music scene of the early ’90s that had developed around outsider and alternative rock bands such as Smoke, the Opal Foxx Quartet, and the Jody Grind. She was also at home in the city’s queer cultural scene that coalesced around the now defunct public access variety show The American Music Show . It was through these organically formed relationships that her career found its beginning.

“Living in Atlanta improved my professional standing because I wouldn't have gotten noticed in some place like New York or LA,” Archie says. In 1994, when TotE started putting out feelers for a graphic artist who could help execute the label’s vision, it was her friendship with former Atlanta Journal-Constitution writer Steve Dollar that the connection was made. “When Steve heard that Jeff was looking for someone to work with at the label, he said ‘Oh, I’ve got somebody for you,’” Archie says. “Maybe that could have happened in New York, but it didn't. It happened here in Atlanta.”

It was through her affiliation with ToTE that Archie went on to work for labels as varied as Drag City, Tompkins Square, and Dare2. Since winning her first Grammy in 2002, Archie’s work has received six nominations and three wins — in 2015 she took home another Grammy for her work on Third Man/Revenant’s The Rise & Fall of Paramount Records, Volume One (1917-27). The following year she won again for The Rise & Fall of Paramount Records, Volume Two (1928-32), both in the category of Best Boxed or Special Limited Edition Package.

Archie and Dust-To-Digital collaborated on the label’s first dozen or so releases, but have since moved on to their various respective endeavors. Archie has ongoing new projects with many different artists, from Paul Anka to U.S. Maple. Some of her more recent work as an art director includes Clay Harper’s Bleak Beauty, Delta Moon’s Babylon Is Falling, and Drivin N Cryin’s 2019 LP, Live The Love Beautiful.

In the meantime, Dust-to-Digital continues releasing archival material from around the world, leading up to last year’s Voices of Mississippi.

The label is still driven by Lance and April’s ongoing mission to continue uncovering and presenting music from the past that deserves as much attention now as it did when it was created. Be it from the American Southeast or Southeast Asia, they shine a light on forgotten music. “The best thing about winning Grammys is that it brings the message to people,” says April.

“People pause when they see a Grammy, they pay attention. So we spend all of our time making it clear why people should care, we show them where to look, and how to listen.”

This kind of real-world engagement injects the music into a much larger conversation.

“It puts it in the PR world and in the morning edition, into different magazines, and it makes people take notice,” Lance says. It’s one thing for Dust-To-Digital to deem an artist, a sound, or an era important. But it raises the stakes when there’s a Grammy involved. “Most people don't know what the word ‘folklorist’ means,” Lance says. “Most people don't know what the term ‘field recording’ means. But most people do know what ‘Grammy’ means. It gives the music a different sense of wonder — people want to know why it’s important, and they'll seek it out.” -CL-