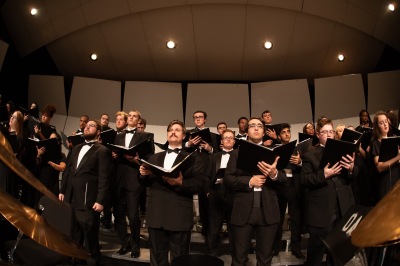 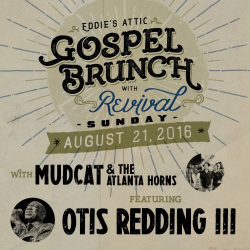 No value assignedTry a little tenderness…at the buffet, that is. Eddie’s Attic brings back the Gospel Brunch with the soulful sounds of Otis Redding in the most authentic way. 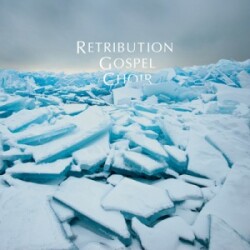 image-1Alan Sparhawk doesn't have a reputation for writing exciting music, which makes his ascent into the exuberant rock of Retribution Gospel Choir's aptly titled second coming, 2, so remarkable. "Hide It Away" opens the album with undulating guitar and drum rolls that create a reflexive spiritual outlet. The vast and searing riffage of "Your Bird" and "'68 Comeback" are far away from the... | more...

Cotton Patch Gospel has been a local theater mainstay for decades. The bluegrass treatment of the New Testament premiered in...

Francine Reed gave Lyle Lovett the blues and took him to church | more...

The Gothic and the Gospel Music Features

Atlanta's gospel community lost a prominent citizen March 2. Leonard "Tippy" Calloway, longtime DJ for WAOK-AM, died in the Hartsfield International Airport parking lot, apparently of natural causes, after returning from a concert in Jackson, Miss. The exact cause of his death is unknown, according to his widow, Jennifer Calloway.

Tippy Calloway manned the 2-6 p.m. shift at WAOK until...