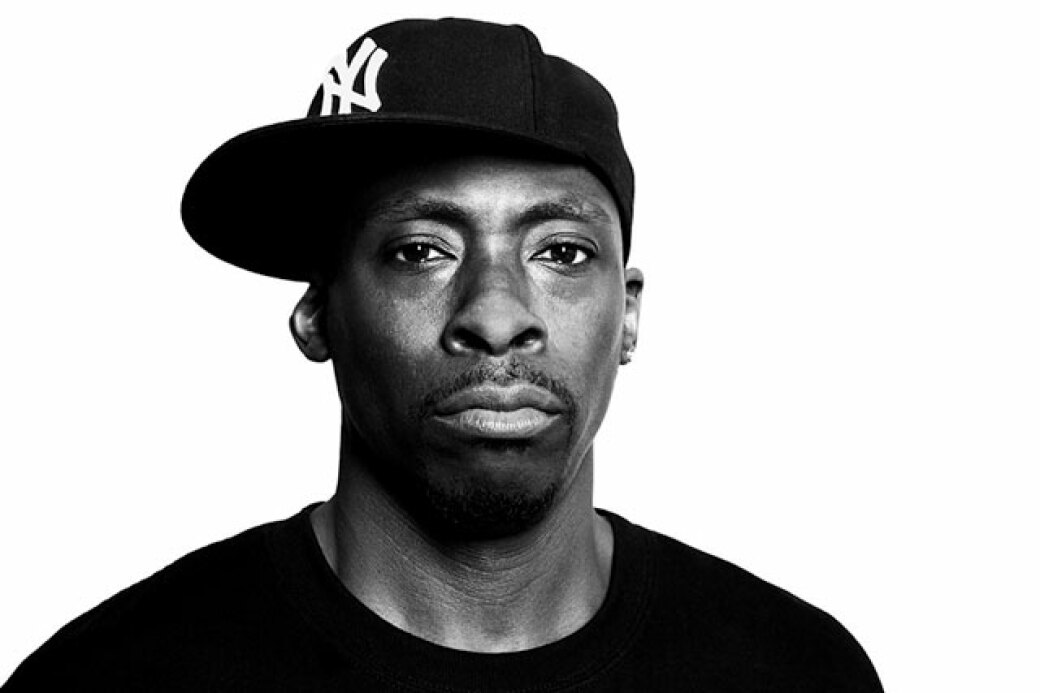 The annual A3C Festival and Conference has stepped up the production on all fronts for 2015. From its partnership with Morehouse College to address social issues affecting hip-hop culture to pairing up with the Atlanta Streetcar to shuffle attendees around the festival grounds, the whole experience is cohesive in ways that transcend past years'. But with so much movement across platforms, let us not forget the music gracing A3C's stages this year. More than 1,000 artists and DJs are performing in venues stretching from Edgewood Avenue to the East Atlanta Village. For the following list, CL scribes call out just a handful of this year's must-see shows.

??
SpaceGhostPurpp draws influences from underground artists such as Three 6 Mafia, Odd Future, and the Wu-Tang Clan, and leads a shadowy group dubbed the Raider Klan Mafia. He makes a strange but appropriate signee to 4AD, the British label known mostly for working with indie and post-punk acts from the Mountain Goats and the Breeders to Deerhunter. As an artist with informed skill and immense breadth, SpaceGhostPurrp brings unpredictability to the live stage - you never know what you'll get. 10:30 p.m. Wed., Oct. 7. Department Store. — Sonam Vashi

??
Sista's Gonna Work it Out: Womanhood in the Face of Hip-Hop

??
Ask anyone on the street at this year’s A3C fest and they’ll tell it like it is: Pete Rock is one of the greatest hip-hop producers of all time. The man is a living legend who has earned a place alongside J Dilla, DJ Premier, RZA, et al, by blending jazz and hip-hop, giving rise to much of the underground sound that defined ’90s rap. He has worked alongside everyone from CL Smooth to A Tribe Called Quest, the Roots, and many more. This year he takes the mic for a series of talks and a live performance. Identity and the Black Aesthetic w/ Dr. David Rice, 3:30 p.m. Thurs., Oct. 8.. Loudermilk Center Ballroom; Q&A w/ yours truly (CL Music Editor Chad Radford), 5 p.m. Sat., Oct. 10. SAE Institute Live Room; Live performance, 5:25 p.m. Sat., Oct. 10. Main Stage; Pretty Sweet: A3C Edition, 2 p.m. Sun., Oct. 11. The Sound Table. — Chad Radford

??
No creative mind should be shut out from the scene they love. To that end, energetic AB+L Radio DJ Dani "da Ninja" Constable welcomes all kinds of talented guests on her NinjaNoize show, from producers to visual artists. In the spirit of her show, Constable hosts a feast of sights and sounds on the Delightful Eatz rooftop. On the DJ side, expect smooth grooves from Whitney Abstrakt, wild beats from Mikkoh and Decoteau, and mad bangers from ZenSoFly, among others. Meanwhile, take in an eye-popping art installation from local feminist and visual artist the Makeda, and witness live art from RAW artist Chantrelle LeNoir and local abstract artist Amina Person 10 p.m. Thurs., Oct. 8. Delightful Eatz's Swisher Sweets Rooftop Lounge. — Lee Adcock

??
One of Awful Records' newest recruits, Vancouver-based Tommy Genesis turned heads in June with her muggy, druggy debut World Vision. She swings from the untamed wilderness of Eden to heady street prophecy with the blunt force of a machete. 3:30 p.m. Fri., Oct. 9. Artist Project Stage. — LA

??
Harlem-raised Cam'ron let Puff Daddy and the Bad Boy crew usher him into the rap world as a young buck. Even though he never signed with Puffy, he did take a fistful of pages from the crossover mogul's guidebook to mainstream success. Since dropping hits such as "Hey Ma" and "Oh Boy" (both Roc-A-Fella) and enchanting 2002 radio-worshippers, he's shown a bit more grit — along with a reputation for wearing girly colors. Honestly? If someone can make pink mink coats look lit as hell, it's Killa Cam. 6 p.m. Fri., Oct. 9. Main Stage. — Beca Grimm

??
As a rapper, singer, writer, comedian, columnist, and director, Jean Grae is always up to mischief. Currently in cahoots with Quelle Chris, she's worked with Mos Def, Talib Kweli, the Roots, and countless others since breaking out in 1996. Recently, Grae launched a web sitcom, penned hilarious "instructional books for adults," and returned to rapping on her last EP, iSweatergawd. 9 p.m. Fri., Oct. 9. The Earl. — LA

??
Native ATLien Key! co-founded the platinum hip-hop collective Two-9 before propelling off to pursue solo efforts. His heavy tongue drags on beef-aggravating lyrics, but not out of laziness. The 20-something hustles hard, collaborating with other locals such as Sonny Digital, OG Maco, and Metro Boomin to keep an expanding fan base 80 percent full — so they're always hungry for more. Thus far, he's proven himself individually as an artist worth hitting up for seconds. Maybe even thirds. 6 p.m. Fri., Oct. 9. Main Stage. — BG

??
Best known as one-half of Eric B. & Rakim, William Michael Griffin Jr. aka Rakim, is one of the original boom-bap and East Coast MCs, highly regarded for his impressive lyrical flow. Rakim plays songs from his solo record The 18th Letter as well as the classic Paid in Full and Follow the Leader. Don't miss his conversation on the famous Juan Epstein nerdcast at 3:30 p.m. Saturday in the Loudermilk Center Room Two. 5:25 p.m. Sat., Oct. 10. Live performance on the Main Stage. — Ben Braunstein

??
Taking a break from working on the group's second album, Atlanta's psychedelic hip-hop luminaries bring a kaleidoscope of colors to the A3C lineup. Turn up, tune in, freak out. 5:25 p.m. Sat., Oct. 10. Main Stage. — CR

??
2 Chainz graces marble floors and big dog rap record credentials on the regular. Aside from professional success rocking on joints with Lil Wayne, Drake, Nicki Minaj, and too many others to name here, 2 Chainz continues to holler loud and proud for his Atlanta roots. It's hard to imagine anyone forgetting the 2 Chainz night at Philips Arena in support of the Hawks anytime soon. It's true. 10 p.m. Sun., Oct. 11. Terminal West. — BG