The former attorney general is nowhere to be found 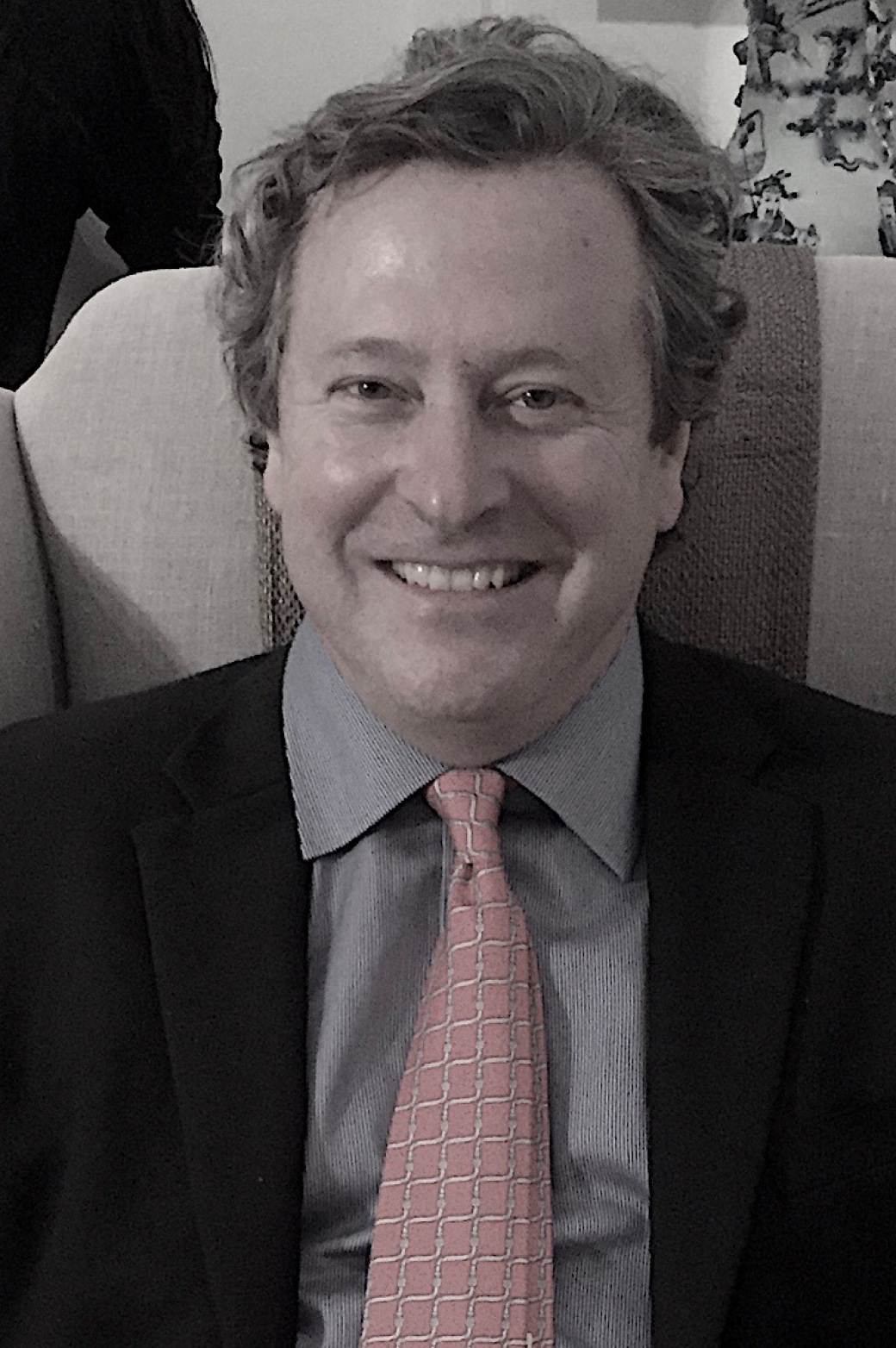 “If you can help the Cobb sheriff find Sam ‘Waldo’ Olens, you’re a WINNER!!!”

Suing the state is not always serious business. Sometimes it exudes its own special strain of dark humor. Take the well-oiled coordination between state and local officials that made it impossible for former Georgia attorney general Sam Olens to be served in Cobb County.
Service of process is a simple yet necessary step in commencing a lawsuit. It simply means that the defendant is served with the complaint and a summons giving notice that a response is required. Usually a lawyer hires a private server who will lie in wait, if necessary, to hand the summons and complaint to the defendant, even if they are trying to avoid service.

In the case of my attempt to serve Olens as a defendant in a government corruption lawsuit after he left the Attorney General’s office, I decided to be economical and use another option, sheriff’s service. You fill out the summons, give the sheriff in the defendant’s county $50, and the sheriff is supposed to send a deputy out to deliver the papers. Once the defendant is served, a return of service form is filed with the court where the lawsuit is pending.

Normally I would be surprised to hear that the sheriff of Cobb County couldn’t find Sam Olens to serve him. After all, Olens is not only the former attorney general of Georgia, but also former chair of the Atlanta Regional Commission and the Cobb County Commission. At the time I was trying to serve Olens with the lawsuit alleging he was illegally appointed president of Kennesaw State University, he was serving as the head of KSU, the largest organization in Cobb County.

The form the sheriff’s department returned a few weeks later marked “Non Est” — meaning Olens could not be found in Cobb County to serve him with papers — gave some clues to the problem. It stated, for example, that several attempts had been made to find Olens at the office of the president of Kennesaw State University, including sending a deputy out to the office address to try to serve Olens at night. But apparently neither Olens nor his support staff was burning the midnight oil.
Cobb County-Sam Olens return of service non est #1

But the Cobb County sheriff didn’t give a refund. I had to start all over again — and pay cash money again — to get Olens served with process.

Even after Olens was served, neither the judge nor the new attorney general, Chris Carr, ever responded to the lawsuit, as required by law, to address the claims and evidence: that the University System of Georgia illegally appointed Olens to a $500,000-a-year job as KSU president (after Olens obstructed a criminal investigation of the USG for financial fraud at Georgia Perimeter College).

The evidence, filed with successive motions over the course of a year, points to everyone up to current USG chancellor Steve Wrigley making felony misrepresentations about $9 million in taxpayer money that remains unaccounted for to this day.

In the RICO suits pending for GPC and KSU, the University System of Georgia and AG Carr are hiding more evidence of financial fraud in defiance of the Open Records Act.

Also of interest, the same sheriff who marked Olens “Non Est,” when I first attempted to serve Olens, and said sorry we can’t find the former Cobb Commission chair and president of KSU anywhere in Cobb County, is the same sheriff who was texting Olens to razz him about KSU cheerleaders kneeling during the national anthem. After all, it is a lot easier to text people on their personal cell phones than it is to serve them with papers at their office at midnight.

I can be sure that is true because I filed another lawsuit against Sam Olens — this time for obstructing the investigation of criminal identity fraud and evidence tampering by former University of Georgia president Michael Adams to cover up another scandal at UGA. By now you may not be surprised to learn that the same sheriff who can text Olens on his cell phone, could not find Olens to serve him the second time, either.

The second time the sheriff did at least give a different reason for finding Olens “Non Est” — cannot be located in Cobb County to serve him. This second time, Olens had already slunk out of the KSU presidency, with the unanswered lawsuit with evidence of obstruction pending against him, so I gave the sheriff Olens’ home address in Cobb County to serve him.

When I got the service forms back a few weeks later marked “Non Est” by the Cobb County sheriff again, that wily sheriff had not gone to Olens’ house to try to serve him. Instead, he had repeatedly tried to serve him at the KSU president’s office — where Olens no longer worked!
Cobb County-Sam Olens return of service non est #2

If you were obstructing so many criminal investigations, you might not want to be found either. But with all these amazing coincidences, it’s no wonder Olens calls me an “outlandish conspiracy theorist” as I continue to try to bring him to trial and show the evidence to a jury.

(More on that evidence in coming weeks — but another favorite part of the story is when a UGA dean impersonated UGA students online and sent out false correspondence using their names and Social Security numbers, as documented in state records in our possession, despite the AG’s attempts to hide those same records from us. Too late — I already had them, including the memo from a state official warning his confederates to make sure the UGA students never found out about the fake correspondence sent out in their names to manufacture evidence.

To add one more outlandish twist, AG Carr directly obstructed service of UGA’s Adams in the second lawsuit (of the two in which the Cobb sheriff could not find Olens to serve him) in the scandal at UGA. Adams, though no longer UGA president, kept an office with two secretaries on the UGA campus. Even if Adams were hiding out in Malibu, the secretaries could accept service, but Carr assistant Mac Sitton instructed the UGA Office of Legal Affairs to refuse service and say that Adams’ office was not a real office.
Clarke County return of service / can't serve Mike Adams at UGA

For good measure, Carr—who was also a defendant in the same case as Adams — also refused to accept service on himself. No one in the AG office could ever explain the basis for the state’s top legal officer defying the legal process.
Attorney General refused service on...Attorney General

If that does not sound outlandish enough, there is yet another strange coincidence: Judge Tom Campbell, who was presiding over that lawsuit — in which Olens, Adams, and Carr could not be seem to be served — knew to issue an order a month after the suit was filed to dismiss it for lack of service. No one filed a motion or asked for such an order, or otherwise called the judge’s attention to our inability to serve Olens or Adams or Carr, but word gets around somehow.

I thought the Cobb County sheriff texting Sam Olens on his personal cell phone — while stating Olens couldn’t be found to be served — would make a good satirical story for some reporter to poke fun at the absurdity of government corruption. I sent all the “Non Est” return of service forms to several media outlets, but got no takers. (One columnist did write a piece, but it was killed by management as too controversial and too likely to cause Cobb County to pull its legal ads.)

I don’t know for sure that was the reason the story was spiked, that’s just what I was told. However, a federal investigator might find it a more rewarding lead for non-publicity purposes. It’s the kind of thing a prosecutor like Mueller includes in his indictments and plea agreements to establish the element of intent that is so important in criminal cases, especially when you are dealing with a public official who claims to be preoccupied with doing the people’s business while meeting with Sergey Kislyak.