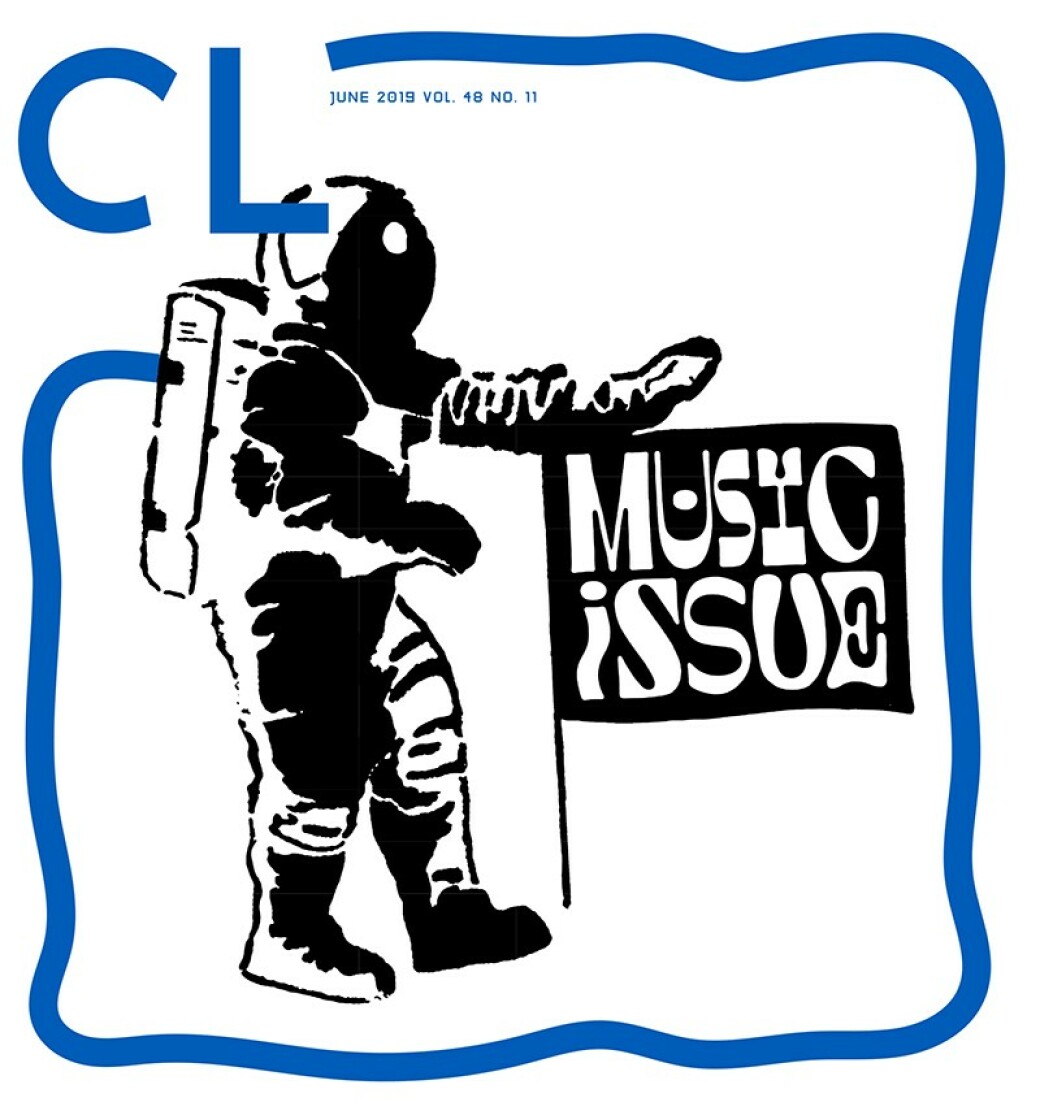 While assembling CL’s 2019 Music Issue, I was only vaguely aware of a few loose threads that could tie the whole issue together. It was during my conversation with Drivin N Cryin frontman and principal songwriter Kevn Kinney that the answer revealed itself. Kinney and I talked about his early days in Atlanta, hanging out in his apartment with the members of Milwaukee punk band Die Kreuzen, who, left to their own devices, silk-screened their own T-shirts, making their own merch to sell at shows. Later, he offered insight into Drivin N Cryin’s 2009 LP (Whatever Happened to) The Great American Bubble Factory. We talked about the death of American industry, how even bubbles are imported from China, and how for this year’s album, Live The Love Beautiful, he looked deep within himself to break the mold and find a means to thrive, based solely on his own, existential devices. No concepts, no trends — just stories, personal observations, and rock ’n’ roll.

From cover to cover, this sense of self-reliance emerges. It’s behind Sadistic Ritual’s drive to reach deeper into metal’s darkest recesses. It’s in Dust-to-Digital and Susan Archie’s respective efforts to foster deeper connections with music. It’s what impels Sequoyah Murray, branching out to see the world, and why a whole community of Cabbagetown musicians comes together to pay homage to the neighborhood’s musical legacy.

When the buffoons in charge of everything have botched the system so badly that the only way to fix things is by deploying D.I.Y. muscle and elbow grease on the ground level, then so be it. There is a truly defining American industriousness running throughout this issue, whether it’s a survey of rising local music MVPs, this year’s long list of summer jams or a feature on WLPWR’s new East Point production facility, BNDWTH. Speaking of which, the latter of these stories finds former music intern-turned hip-hop writer Josh Robinson settling in behind the wheel for the monthly Atlanta Untrapped column.

Create your own scene, in spite of the modern world’s rising rents, debilitating technology, and poor governance twisting up everyone’s perception. Build your own culture. It is the human experience, told through these stories, that will persevere.

And what you see here is merely the tip of the iceberg. The city is teeming with music, from Bankhead to Buckhead. More stories are rolling out online with our weekly podcasts. The June issue also brings with it an online rebirth of CL’s Musician’s Exchange. It’s your one-stop for finding a new bass player, buying and selling gear, and scoping out bands with whom you’d like to share the stage.

The bottom line is, it’s all about the music, and in the words of Sadistic Ritual drummer Joe Sweat, “... we’re Americans. We want to play something that’s actually fucking good, something that has some bite, something with fire, and the attitude to back it up.”

— Sadistic Ritual pays homage to death: The Atlanta metal staple is back with bite and the attitude to back it up by Chad Radford

— Sequoyah Murray’s family affair: The rising songwriter wants to unite all listeners with ‘Penalties of Love’ by Chad Radford

— Kevn Kinney still lives around here: The Drivin N Cryin frontman delves into the songs on ‘Live the Love Beautiful' by Chad Radford

— Dust-to-Digital’s song of the South and beyond: Lance and April Ledbetter shine a light on forgotten music by Chad Radford