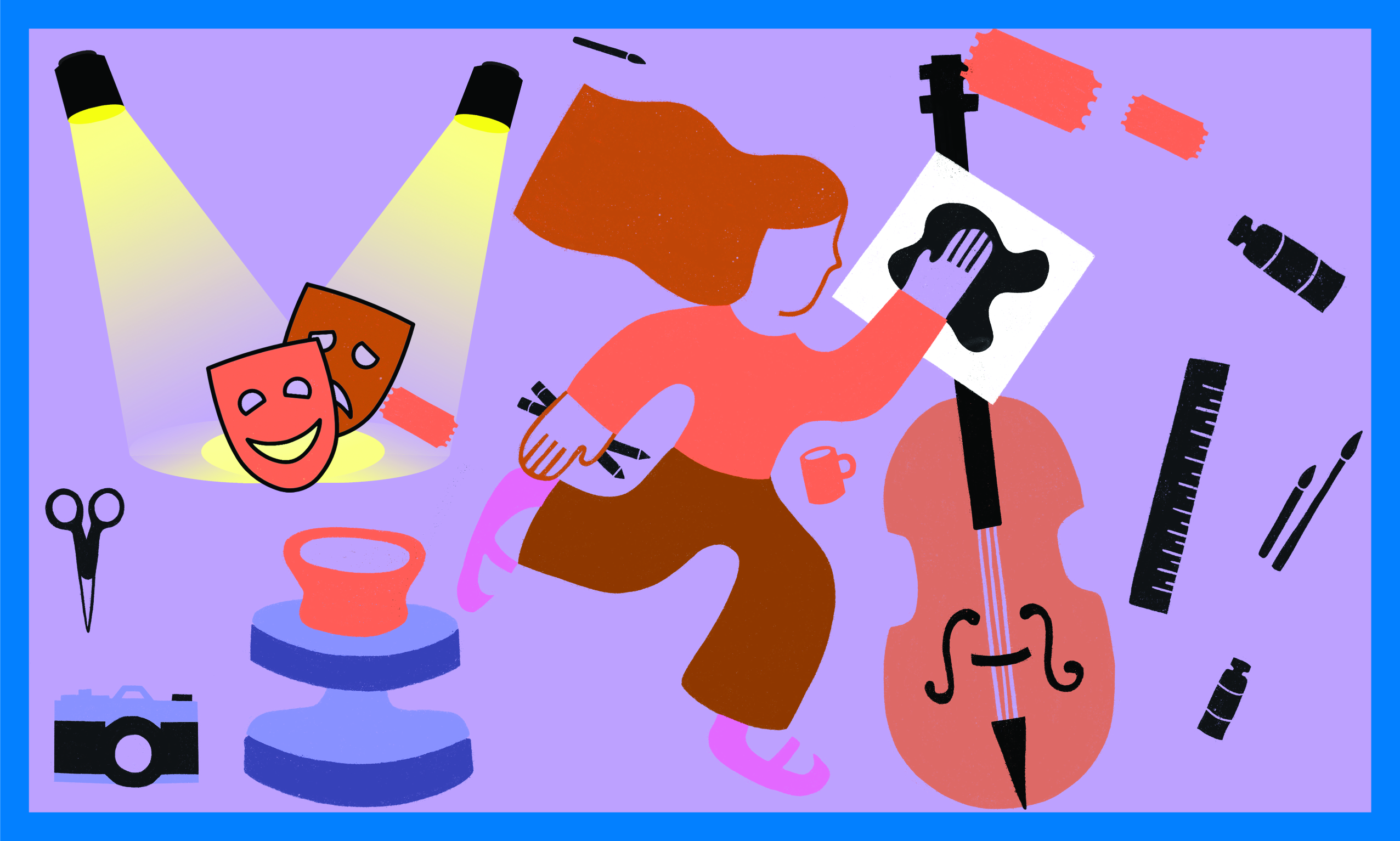 Like a treasured, homemade, quilted blanket, stitched together from different pieces of fabric gathered from different material sources, each of which comes with its own original purpose, place and history, the Atlanta arts community represents a fantastically varied, deeply enriching keepsake. Over the years and decades, the blanket rends and frays, pieces wear out and get replaced, but a symbolic community of otherwise disparate players and places stays together, collaborating in a public process that brings recurring joy, mindful reflection and keen insight into our lives.

For the special “Fall Arts Guide,” a small group of editors and writers stitched together a few words to cover a subject too expansive and multifaceted to succeed in any genuinely comprehensive way. What was possible is the following collection of waypoints and descriptions of coming events laid out in four sections: Visual Arts, Classical Music, Theater and Dance. The plan was to entice readers into skipping an occasional flat screen binge-watching session in favor of engaging with a community of non-virtual humans who channel their energy and talent into creating, performing, and presenting art, which exists primarily for its own sake.
Let us know whether the plan worked.

For many of us who grew up in Atlanta, our first encounter with “the Arts” was likely an elementary school field trip to Symphony Hall to see the Atlanta Symphony Orchestra perform Vivaldi’s “The Four Seasons.” I still remember the experience vividly. Nonetheless, despite whatever sensations we may have felt as the Italian composer guided us through the changes marked by the solstices and equinoxes of this planet’s annual orbit around the sun, chances are, very few of us made the Woodruff Arts Center a birthday celebration destination as our primary education progressed.
Pop culture has a tendency to get in the way.

This 2019 issue of Creative Loafing’s Fall Arts Preview shows the Arts, as found in museums, galleries, exhibitions, onstage in theaters and concert halls, are as much a reflection of today as they are a representation of the evolution of the human spirit. Too often we forget yesterday is the today of the past.

Correction and clarification
Readers of the August 2019 print edition of Creative Loafing will notice that page 44 of the issue was reprinted as page 45, leaving our Fall Arts Preview to conclude without the final page. This precluded entries for Rialto Center For The Arts, Terminus Modern Ballet Theatre and Zoetic Dance, as well as a feature by Angela Harris on the status of dance collectives in Atlanta, from appearing in the print publication This unfortunate mistake was caused by an error made by our print during the press run. We regret the inconvenience to our readers and apologize to those left out of the story. To view the complete, corrected version of the story, you can download the digital edition by clicking here.

The renaissance in arts advocacy 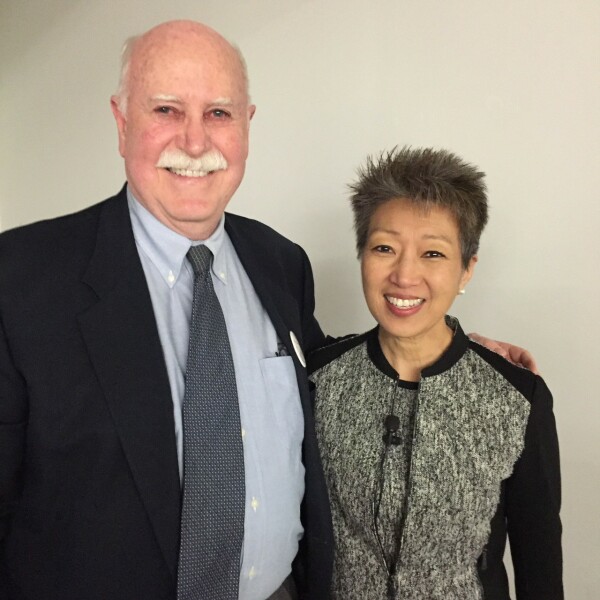 ADVOCACY IS NOT ONLY ABOUT FUNDING: W. Gignilliat and Jane Chu at the Atlanta Contemporary in January 2016. Photo credit: COURTESY W. Gignilliat
The Arts Economy

“The arts light every corner of Georgia” is the new slogan of ArtsGeorgia PLACES, the directory service of ArtsGeorgia, which supports the arts community through a variety of advocacy efforts, resources, and programs.
The slogan reflects the reality that arts and culture are essential to Georgia’s thriving economy and one of the keys to future economic development. As an economic sector, Georgia arts and culture represents 3.8 percent of the state’s GDP. In 2015, according to the U.S. Bureau of Economic Analysis, the arts and culture sector contributed $19.6 billion to Georgia’s economy; the following year, the amount increased to $22.1 billion.
It’s not only money we’re talking about; it’s jobs. In Georgia, 21,673 arts-related businesses employ 129,386 people. In Chatham County, where Savannah is located, 629 arts-related businesses employ 2,681 people. In Fulton County (Atlanta), the tally is 4,675 arts-related businesses employing 45,219 individuals. The latest studies count 140,182 workers in Georgia’s arts and culture sector earning wages and benefits totaling $10.2 billion. In 2015, Georgia arts and culture jobs grew by 5.5 percent, while the national average was 2.1 percent.
Aside from sheer economic impact, where the arts and culture thrive, the quality of life is elevated. In 2015, more than 20 percent of Georgia adults attended live music, theater, or dance performances; 9.5 percent visited arts exhibits. An estimated 82 percent of Americans believe arts and culture are important to local businesses and the economy, while 87 percent believe the arts and culture are important to the quality of life. A vibrant arts community not only keeps local residents and their discretionary spending close to home, it attracts visitors who spend money and support local businesses.

Sources of Arts Funding
Since the creation of the National Endowment for the Arts in 1965 and the establishment of the Georgia Council for the Arts (GCA) three years later, public funding has been recognized as one of the cornerstones for building and sustaining a healthy arts sector. In the past five years, the National Endowment for the Arts (NEA) distributed more than $8,008,400 million in grants to Georgia artists and arts organizations. In 2017, the NEA distributed $742,000 in federal funds to the GCA, which the council re-granted to nearly 200 cultural organizations in the state. In the same year, 41 nonprofit arts organizations received direct grants from the NEA totaling $3,247,340.
In the past five years, the Georgia legislature’s budget allocation for the arts ranged from $670,000 up to $1.2 million. At 19 cents per resident, Georgia ranks dead last in the United States in terms of per capita state arts funding, according to the National Assembly of State Arts Agencies (NASAA).
Not too many years ago, state support for the arts had reached $5 million annually, including a grants program under the umbrella of the GCA with an annual budget of $1 million, which reached into the smallest rural communities in Georgia. During the recent recession, state arts funding was decimated. A 90 percent cut in state arts support in the early years of the recession left barely half a million dollars in the annual budget. The GCA, which was relocated to the Department of Economic Development, adjusted its budgeting strategy to the new reality. Since 2008, the GCA has received limited line-item increases in state funding. The number of grants fell from more than 1,000 annually to fewer than 200, with all recipients awarded less funding. Being relegated to last place for the past decade has stressed the state’s arts sector and sparked a new breed of arts advocates.

Arts Advocates Arise
The year 2010 saw the emergence of ArtsGeorgia and C4 Atlanta as newly formed advocates for Georgia’s arts community. In 2013, ArtsGeorgia created an advocacy division under the auspices of Georgians for the Arts. In 2017, the Arts and Culture Alliance of Chatham County and the United Arts Front were established. The Atlanta Regional Commission has become a champion of public art, while entities such as Living Walls, Wonderroot, and Tiny Doors Atlanta have become de facto arts advocacy organizations by creating work in the public sphere.
As a direct consequence of local arts organizations taking up the challenge posed by minimal public funding, advocacy at the local level has helped boost the Atlanta Office of Cultural Affairs’ budget from less than $1 million to $2 million, while the Fulton County Arts Council budget has risen to more than $5 million. Local advocacy has likewise supported dynamic public art programs in cities such as Duluth, Chamblee, Roswell, and Suwannee.

Advocacy Renaissance
In 2013, ArtsGeorgia published the first Arts Advocacy Handbook. That same year, ArtsGeorgia published the first issue of a statewide newsletter with articles focused on arts advocacy. The organization’s new eNewsletter covers arts advocacy topics and happenings. In 2013, ArtsGeorgia became a national co-sponsor (and is now a national partner) of the Americans for the Arts Action Summit, held each spring in Washington, D.C., which supports increased funding of the NEA.
In 2018, ArtsGeorgia convened the first annual arts advocacy roundtable to unite efforts and agree on action steps. In 2019, the second annual arts advocacy roundtable met at the Woodruff Arts Center where more than two dozen advocates from the metro area and around the state discussed federal and state arts funding, arts education, policy, and legislative priorities. Participants included ArtsGeorgia, C4 Atlanta, the Arts & Cultural Alliance of Chatham County, and Atlanta’s United Arts Front, along with representatives of the Georgia Association of Museums.
Arts advocacy is no longer just about funding. The new advocacy paradigm is a matrix of support for creativity, arts education, favorable policy, working with political candidates on their cultural platforms, inclusion, fair housing for the creative sector, and support of legislation affecting all arts sectors including film, music, and the fine arts.

Advocates Look Forward
Working in unison, the new generation of arts advocates are taking local action, recruiting and training more advocates, and tapping into new resources with a single goal in mind: to elevate Georgia’s profile as an arts leader while highlighting the state’s arts sector as a major economic engine and source of revenue.
Imagine the impact of raising state funding for the arts from 19 cents to $1.00 per person. Imagine board and staff members of state arts councils as outspoken advocates for their own agency. Imagine arts advocates from all over the state focusing the reflected light of the arts in their communities on the future of Georgia.

W. Gignilliat is the President/CEO of ArtsGeorgia

It isn’t just the music of dead white guys wearing wigs anymore. Far from it: “Classical music” in the 21st century is enjoying widespread popularity as well as growth in terms of diversity, inclusiveness, and eclecticism. While broad acknowledgment exists among those at the forefront of this transf...
| more... 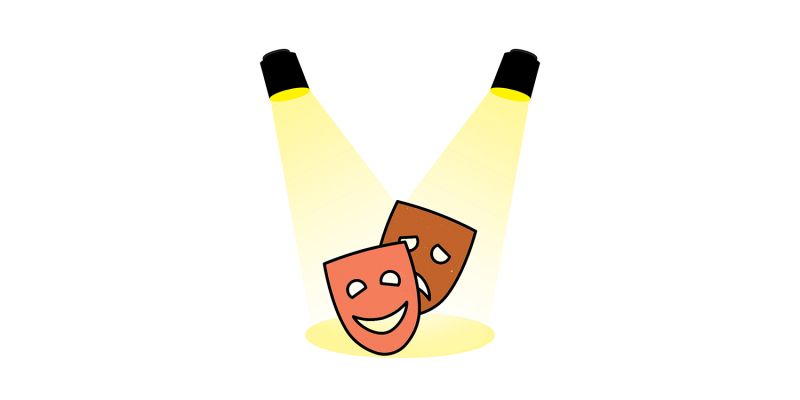 Since its founding more than 40 years ago, 7 Stages Theatre — www.7stages.org —has been devoted to producing provocative material and confronting difficult subjects...

Same as it ever was, the visual arts scene in Atlanta is in a state of flux, particularly at the street level where the West and Southwest flanks of downtown mark the next major front for the newest of the new to appear. With the Goat Farm closing and morphing...
| more...
(Cached)