Rampant greed and hiding behind increased property values. White privilege. Entitlement. Spoiled bitches. Career politicians. Condos. Bro culture. Okay, bro culture isn’t an important problem, I just hate it. I think class war is at the foundation of all of this. Gentrification. I moved to Atlanta because it was cheap. Now it’s not. People hide behind property values like that justifies their actions. Personally? I want the weirdos and artists around me because they’re not lame. 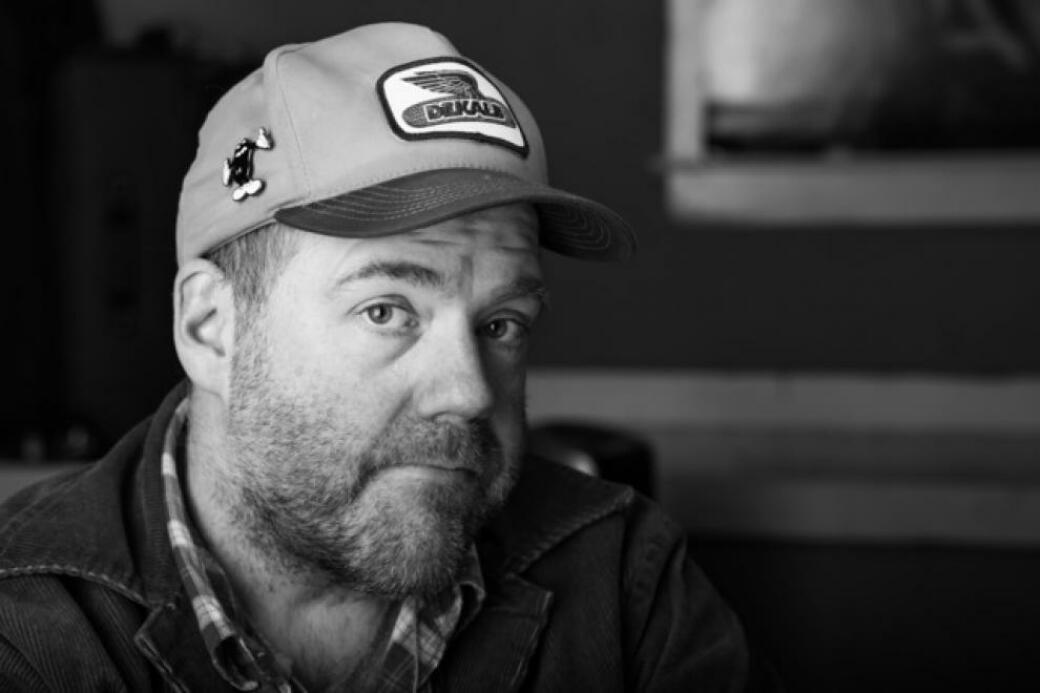 Entrepreneur Henry H. Ownings is a 22 year resident of East Atlanta, where he has booked and produced many concerts and shows. He’s the founder/publisher of Chunklet Industries which spawned twenty issues of a widely reviled magazine, countless records, and even a few books that people have read (he’s also the creative mind behind those gold “Mueller” buttons you see people wearing). He’s the art director for Light in the Attic Records and routinely does work for The Numero Group. He’s designed records for artists such as Blonde Redhead, The Glands, White Zombie, Lee Hazlewood, Husker Du and countless others. He’s also an archivist, record producer, stand up comedian and proud husband, equally proud father and labradoodle owner.

Henry H. Ownings: Rampant greed and hiding behind increased property values. White privilege. Entitlement. Spoiled bitches. Career politicians. Condos. Bro culture. Okay, bro culture isn’t an important problem, I just hate it. I think class war is at the foundation of all of this. Gentrification. Whatever you want to call it. I moved to Atlanta because it was cheap. Now it’s not. People hide behind property values like that justifies their actions. Personally I want the weirdos and artists around me because they’re not lame. And they think for themselves. Anybody that clamors to “The Magic Sidewalk” (aka The Beltline) without wanting actual public transit to be better or bike lanes up and down major thoroughfares is a total fake. Let’s make all of Atlanta easy to get around. Not just where there’s a path. Otherwise it's utter horseshit.

Henry H. Ownings: Spend less time staring at cell phones or computer monitors and more time experiencing life and enjoying the company of others. Turn off your TV. Maybe take a few psychedelics and spend time laughing and less time wringing your hands about “the world.” Experience things in the now.

Henry H. Ownings: When the orange one was elected president, I felt very betrayed and very alone. However, the one thing I’ve realized is that the entire country can go to shit, but I’m 99.99% sure that my neighborhood and/or Atlanta will be okay. I come from a small town where people don’t have much experience with anything outside of their own hetero-normative experience. Meaning, they stay in their lane. Meaning, they’re living life with blinders on. What do I love about living in Atlanta? I don’t look at people who are different from me as a threat. I look at all of us as being part of the equation to make things better. Whatever “grass roots” activism I might be party to is almost just to make my day-to-day existence tolerable. Yes, horrible things are happening everywhere, but at least I feel like Atlanta’s got my back. That’s an amazingly great feeling.

Henry H. Ownings: It’s a tool. And like any tool, it can be used for good, but also bad. Once the Cheeto was (illegitimately) elected, I went off social media almost completely. I felt lied to. We were all lied to. Now? I tread very lightly on social media and relying more on things like the AP, Reuters, the BBC, The Guardian, the New York Times - places that are known for reporting facts. Do I have my opinions? Yes. But I consider my opinions as being generated by looking at the facts and not by the opinions (op-eds) journalists offer. I fancy myself being able to come to my own conclusions based on facts. All the more reason I avoid the echo chamber of social media. The few times I’ve found myself in the crosshairs on Facebook is to tell trolls to come and find me or talk to me on the phone. It’s not a question of disregarding another person’s opinion but rather of living in the moment and listening to and respecting each other.

Henry H. Ownings: This is going to sound really cornball, but I respect and trust my wife’s opinion more than anyone else’s. Especially about local politics. I don’t check blogs. I don’t pay attention to social media. I look to my wife who is actively defending those trying to enter this country peacefully. She knows more about the courts and those that are working to help (or hurt) us than anybody I know. I should add that my wife is an immigration attorney and is on the Board of Governors for AILA (American Immigration Lawyers of America). She’s as legit as they come. She’s tapped into what’s going on locally (and nationally) more than anybody I know.

Henry H. Ownings: I’m going to tell you a story that will tell you everything you need to know. About two years ago, a few months before the presidential election, I encountered two gentlemen selling a sticker of a skull with crossbones, and underneath it said “East Atlanta Village.” They were selling it during a local beer bash where they close down the streets. Allow me to stress, they weren’t “legitimate” vendors.” Anyway, as I passed them, I recognized the skull and crossbones as being that of the Totenkopf, which was the symbol of the SS soldiers during WW2. When I brought that up to these gentlemen, they acknowledged it, but couldn’t believe that I had a problem with its use. I proceeded very strongly — and at the top of my lungs — to urge them to burn the stickers, to which they responded, “What’s your problem, man?” I said, “My problem is that you’re putting a Nazi skull along with the name of my neighborhood on it.” After a good 20 minutes of this nonsense, they left.

At no point did I hide behind my phone. At no point did I back down. At no point did I try to spare my (then) five-year-old daughter from this. And I seriously do believe they were either Nazis (likely) or idiots (more likely) who didn’t know the power of that very nefarious symbol. Did I want to encounter that while I was walking around with my daughter? No. But out of respect for my fellow brothers and sisters who are of different complexions, beliefs, etc., than me, I felt compelled to combat it one-on-one. So I’m not sure if that’s a good answer to your question, but I really do believe that we all have the ability to actively say no to hate in our everyday lives. Meet it head on. It’s not to say you’ll be perfect in fighting it, but out of respect to those who have died or suffered before us to combat this bullshit, you at least have to make a stand. We all do. Period.