OUTLANDISH CONSPIRACY THEORIES - When First We Practice to Deceive 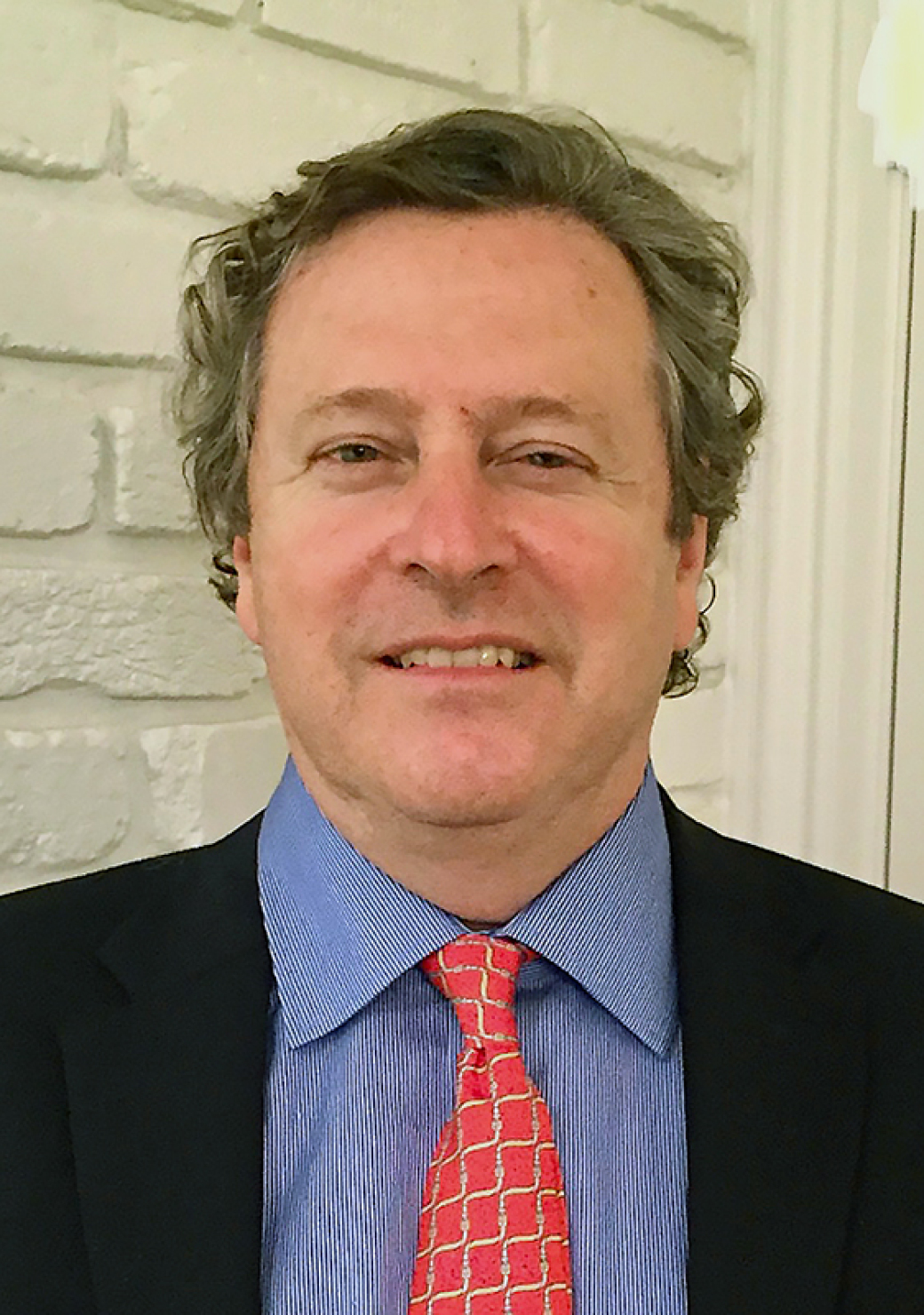 
Most of us, excluding John Barron, agree that lying is wrong. And almost everyone would agree it is a bad thing for Georgia state officials to tell lies about a Georgia citizen to destroy his life and career. That sounds more like something that would happen in Stalin or Putin’s world than in America.

I made a very costly decision 10 years ago, as an attorney, that I would not be a party to that kind of lie, told by the government, in the cause of injustice. In particular, I said to myself that it could not be the job of Georgia’s attorney general — and there have been more than one since then — to knowingly make false charges while hiding state records that prove the charges are fake and calling witnesses to the stand to give perjured testimony about manufactured evidence.

I’m often asked how I got started suing a wide range of state government officials — from the chairman of the Georgia Board of Regents to the attorney general of Georgia.

Last month in CL, I told how I defended a professor at the University of Georgia who was a vocal critic of former UGA president Michael Adams. Adams enlisted the AG to revoke the tenure of Professor Dezso Benedek. That attempt to destroy Benedek’s career crashed and burned, with the University System of Georgia’s board of regents paying Adams to go away, instead.

There is a long and interesting story of how I got to that point, but for today, let me skip straight to the lying. And there are many lies to choose from in this saga of the failed tenure revocation. You have the AG caught red-handed trying to hide UGA records that proved the charges brought against Benedek were false. You have Adams and the AG denying the existence of other documents which I later found. You have those documents that “didn’t exist” having Adams’ signature on them.

For now, let me focus on my favorite Keystone Kops caper that has it all — evidence tampering, identity fraud, perjury, violations of federal student privacy law and the Georgia Open Records Act — and much more.

The main false attack launched on Professor Benedek in 2009, for reasons not understood even today, was that his award-winning study abroad program in Budapest, attended by hundreds of UGA students, was not legitimate. Specifically, the AG of Georgia charged Benedek with falsifying the transfer-credit transcripts from the host university, Eötvös Loránd University, or “ELTE” for short.

Months before this charge was even brought against Benedek, the Adams administration wrote to ELTE inquiring about the legitimacy of the transcripts. ELTE responded that they were indeed authentic ELTE transcripts. But that was not helpful to the Adams’ administration’s intention to revoke Professor Benedek’s tenure, which was the goal of this clandestine operation.

Dissatisfied with not getting the response the Adams administration wanted, UGA dean Noel Fallows basically called Dr. Boros, the responding ELTE official, a liar. Then Fallows had Provost Arnett Mace contact the head of ELTE directly. The rector of ELTE provided the same response as Boros, telling Mace that the transfer-credit transcripts were authentic — and adding that he did not understand why UGA was questioning the excellent study abroad program.

At the hearing called by Adams to revoke Professor Benedek’s tenure, I asked Provost Mace exactly what prompted him to be so suspicious of the nondescript transfer-credit forms from ELTE. I showed him a copy of one, with the seal of ELTE, the oldest and most prestigious university in Hungary, emblazoned across the top.

Mace responded that the version Fallows showed him did not show the seal of the university. In the copy Fallows showed to Mace, the official seal had been whited out. Sometimes misrepresentation occurs by omission.

Fallows had been sending the transcripts out, trying to get someone to say they were fake. Unable to get such a response, Fallows made a few more runs at ELTE, signing in to computer databases using the real names and Social Security numbers of UGA students, sending fake correspondence along with the transcripts to ELTE through third parties, as though the students were applying for grad school and needed their transcripts confirmed. This is all documented on paper, in the state’s own records that I introduced at the tenure revocation hearing.

Provost Mace noted that it was unfortunate that Fallows was sending out these transcripts, including the names and Social Security numbers of UGA students, without their knowledge or permission. That violates federal student privacy law. Oops!

Meanwhile, those third-party intermediaries were advised by Fallows, in writing, to make sure the UGA students never found out “under any circumstances” about the fake correspondence being sent out in their names.

One third party sent out a fake letter to ELTE saying UGA needed to know the status of the transcript so that the university would know “how to deal with the student,” who was identified in the correspondence by name and Social Security number.

No matter how hard they tried, Adams and Fallows could not get a different answer from ELTE. Nor would anyone else say the ELTE transcripts were not authentic. Not very promising for Adams’ dictatorial demand that Benedek’s tenure be revoked.

How did this failed attempt to get dirt on Benedek turn into a charge of academic fraud against him, even after ELTE confirmed its transcripts were authentic? First, the Adams administration and the AG tried to hide any evidence of the transcripts being legitimate. And until I revealed I knew the evidence existed, I got to watch state officials lie a lot. I knew they were lying. But they didn’t know I knew.

In fact, I obtained that correspondence with ELTE as part of what we would have once called a counter-intelligence operation when I was working in Washington, D.C. I then took the letters in my possession, that supposedly came from UGA students, and showed them to the students whose names were on them. The UGA students had no knowledge of the letters, nor had they even been applying to graduate school. Oops again!

So the real UGA students (as opposed to a dean pretending to be a UGA student) did a funny thing. They made open records requests to UGA asking for correspondence being sent out in their names concerning the transcripts.

What was the response from UGA to this inquiry authorized by state law, to which a state agency must, by law, respond honestly and produce the requested records?

The UGA response said, “No responsive documents exist.” That was enough to make a KGB assassin laugh, since I was holding the nonexistent documents in my hand. The official UGA response to the students who made the open records inquiry continued, “Please see Dean Fallows, who would like to speak to you about this.”

Imagine being a UGA student around age 19 and being asked to go see the dean about letters sent out in your name, that UGA denies exist, so you could be “dealt with.” Tell the truth — would you freak out?

All of my documentation was sent to the Georgia Board of Regents, which oversees the entire University System, but they did not see anything wrong with any of it.

As for Professor Benedek, there was nothing left for him to do but sue the state officials who tried to frame him. On his behalf, I did something that had never been done before: I sued the state under the RICO statute for criminal racketeering acts. All the hijinks I’ve outlined above meet the definition under criminal statutes for evidence tampering, identity fraud, wire fraud, computer fraud, knowing falsification of state agency reports, perjury, and the apparent specialty of the then-Georgia attorney general — subornation of perjury — not to mention willful and therefore criminal violations of the Georgia Open Records Act.

For 10 years I have been trying to pierce the defense argued by that attorney general: that Georgia state officials have sovereign immunity protection for committing these documented felonies.

For 10 years, I have been pursuing Professor Benedek’s case and other government corruption cases that have come to light. And in every court, state defendants have refused to answer discovery. The AG and University System continue to stonewall open records requests. Deposition notices and subpoenas are quashed without so much as a legal reason.

For 10 years, I have been gathering the rest of the evidence, along with the documentation I have already collected of all this lying, to present it to a jury.

In fact, I was on the phone trying to schedule a deposition when the senior assistant attorney general told me, before running to the courts to seek an order barring lawful discovery, “Your cases are crap because you’re a liar.”

I’m the one with the documentation from state records, the one who has been trying to show the truth to a jury, for 10 years now. But every time I get discouraged by the phony obstacles thrown in my path, I flip on the recording system and listen to it over and over again:

“Your cases are crap because you’re a liar.”

Funny how motivating it can be to know the truth. -CL-