According to your state government: the US Constitution does not apply to Georgia—again! 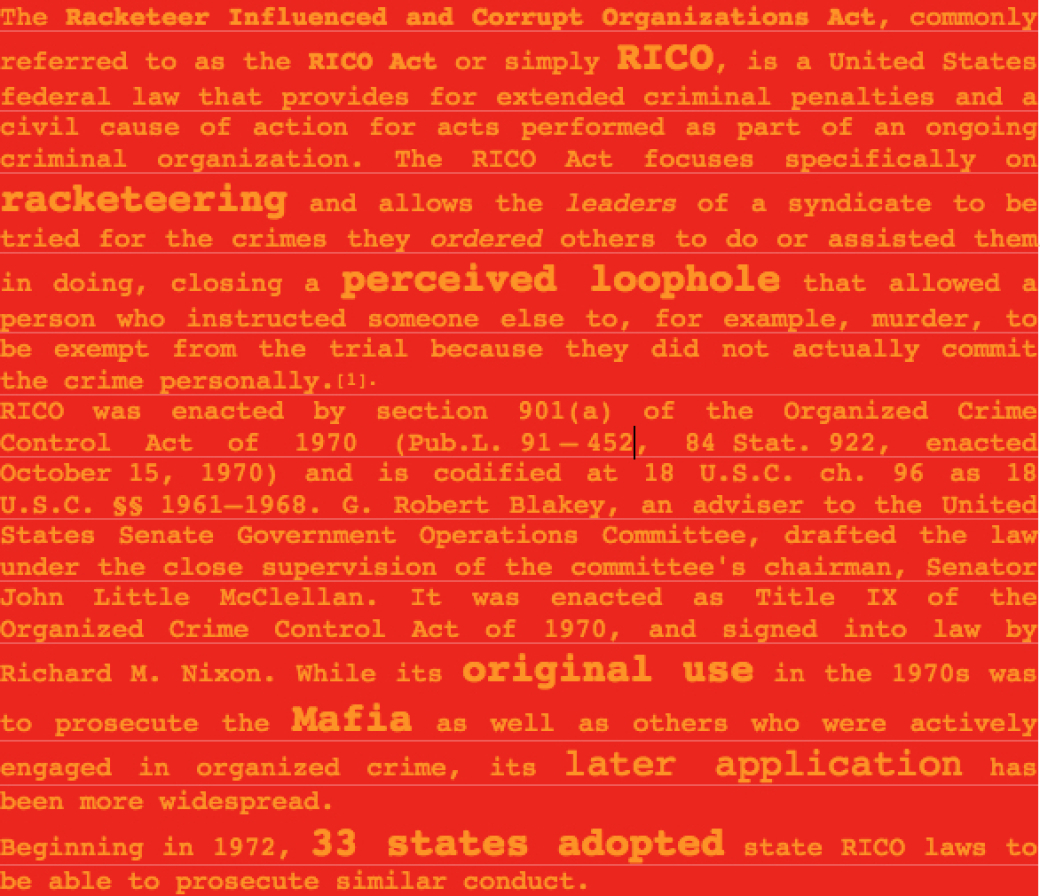 Photo credit: Detail from Wikipedia
By Stephen Humphreys Saturday May 4, 2019 09:51 AM EDT

Whatever springes the State may set for those who are endeavoring to assert rights that the State confers, the assertion of Federal rights…is not to be defeated under the name of local practice.

What would you say if state government officials falsified the financial reports of a state college to conceal the transfer of $10 million for unknown purposes, and then colluded in secret to gang up on you to publicly accuse you of being responsible for the $10 million shortfall on the ledger sheet? Take a minute to imagine yourself in that place.

And add to that scenario you were fired from your job in the University System of Georgia (USG) and you appealed your case to the Board of Regents, but they ignored you and denied you a hearing?

Imagine the Attorney General did not conduct an investigation into the $10 million discrepancy but let the USG officials who concealed the misappropriation of funds issue a report clearing themselves—and leaving you holding the bag. Are you starting to feel like you’re living in an Alfred Hitchcock movie?

So you turn to the courts and they say: Don’t look at us. State officials have sovereign immunity protection to falsify state financial reports to conceal wherever the $10 million went and blame you for it.

You argue that state officials could not possibly be immune for criminal acts of falsifying state agency financial reports to hide the theft of taxpayer money—and holding you responsible—and that is not what the law on the books says, at all.

But the courts rule against you. In their orders, they do not mention the laws and case precedents that support your legal position that the state officials can be held accountable. The courts say it does not matter even if the state officials stole the money — because they have sovereign immunity. You cannot sue them and the Attorney General is not going to prosecute them. In fact, Sam Olens and now Chris Carr are defending the state officials who falsified the financial reports, and defending themselves for blocking any investigation of what is happening to you.

Franz Kafka could not have dreamed up a worse scenario in The Trial. Dreyfus could not have received more unfair treatment when he was scapegoated for the failure of the French government. But this is exactly what the USG, Attorney General, and Georgia courts did to Anthony Tricoli.

Tricoli is not alone. The same has happened to Dezso Benedek and others in the last ten years. Notably, there are people alive in Georgia today who can remember similar treatment by a failed justice system in Georgia in a time we thought had long gone by.

Fifty years before Tricoli was denied due process in 2012, African Americans seeking redress in the courts got the same run-around, in which both Georgia law and the US Constitution were equally elusive. The US Supreme Court had to intervene.

In Wright v. Georgia, black kids playing basketball in a public park were ordered to leave by police officers. Georgia courts upheld the police, even though they could identify no law that prevented blacks from playing basketball. Georgia defended its actions all the way to the US Supreme Court, which said no, Georgia courts could not make up their own law to protect the established order and create an extra-legal hierarchy.

Birmingham police ordered Fred Shuttlesworth off the sidewalk in front of Newberry’s Department store. When Shuttleworth responded by actually entering the store, police arrested him under an ordinance prohibiting anyone from blocking a public sidewalk. Alabama courts all ruled against Shuttleworth, even though it was undisputed that Shuttlesworth could not block the sidewalk—that he was not on at the time he was arrested--by himself. Birmingham and Alabama authorities defended their position all the way to the US Supreme Court by saying there was another law giving police officers authority to direct traffic.

The US Supreme Court said in 1962 that Birmingham could not swap a law that applied to traffic in the streets to Shuttlesworth standing on a sidewalk he was not blocking. The high court said this bait and switch of legal pretexts denied fundamental constitutional due process of law.

In 1958, the US Supreme Court said that Alabama could not deny the NAACP access to the courts--based on a procedural requirement that had never been applied to white litigants—and thus could not foreclose the constitutional right of freedom of association.

Now we are back full circle again, with the Attorney General of Georgia arguing that these evasions of the law that deny due process are quite all right again in 2019. So far, as in the 1960s, the courts of Georgia have agreed.

And, as in the 1960s, that has required ignoring the written law, making up non-existent law, and substituting law that does not apply for the law that does.

The Georgia Constitution says sovereign immunity can be waived by a legislative act expressly authorizing a civil action against the state.

The Georgia RICO Act defines a criminal RICO enterprise to include “governmental entities.”

Moreover, using the definition of RICO enterprise that includes the government, the statute also says that government employees can violate the act and be held liable for damages by the people they harm.

The statute says that this protects the state itself from harm, and that state agencies can be enjoined from unlawful conduct under the RICO Act.

In other words, the state does not have sovereign immunity protection from a civil RICO action, under the law as it is written.

That is consistent with another provision of the Georgia Constitution that says the sovereign immunity of state employees may be waived under the law where they act with actual malice and actual intent to cause harm.

That corresponds to the criminal intent required under the RICO statute.

Georgia courts have ignored the language of the RICO statute and the controlling Georgia Supreme Court authority to give sovereign immunity protection to state officials who, according to the doctored state records, committed felonies. Ignoring the law written in the books, for example, Judge Gary Andrews opined that it was an “imaginative theory” that “the state itself” could be held accountable—but that was all it was, “pure imagination.” That is just as ethereal as any legal theory Georgia relied on in the 1960s to protect the status quo.

The courts have also pulled the Shuttlesworth Switch, applying mere negligence standards under the Georgia Tort Claims Act to say, for example, that state officials who knowingly falsify state financial reports to hide the theft of taxpayer money are immune for performing “financial oversight” activities.

Only one judge in the entire state of Georgia, Court of Appeals Judge Yvette Miller, has taken the position that state officials are not immune for criminal RICO predicate acts and that Tricoli could not be denied a hearing he was entitled to under due process of law.

Fifty years ago, the US Supreme Court had to tell the Attorney General and courts of Georgia that they actually had to follow the law. The decisions in which they did not were overturned for denial of constitutional due process.

Now the Attorney General of Georgia, Chris Carr, has done the segregationists one better. He says the First Amendment does not apply to Georgia.

Because I have persisted in arguing that Georgia state officials do not have sovereign immunity protection for committing crimes against the public, the Attorney General moved for sanctions against me—seeking an order requiring me to pay the state’s legal fees.

Why? Because I followed the legal process and filed a motion to set aside the orders in which the law was ignored and due process denied. I will tell the full story of how that happened in the next installment.  Suffice it to say, for now, that retaliating against an attorney who comes to court supported by recognized legal authority violates the Right to Petition in the First Amendment to the US Constitution.

So what is the conclusion to this horror movie?

Sovereign immunity means no accountability in civil court. That leaves criminal prosecution as the only remedy. But what if it is the Attorney General who blocked the investigation in the first place, and joined the USG in denying you a hearing?

What about the Kalberman whistleblower case where the Attorney General was fined for hiding evidence?

What about the Tricoli case where Sam Olens overlooked evidence of crimes and actually obstructed a criminal investigation into the USG (and then the USG appointed Olens to a $500,000 a year job for which he was not qualified)?

What about the Benedek case where the Attorney General was caught—again—concealing evidence, improperly influencing witnesses, and suborning perjury?

If the Attorney General is defending the criminals, and even committing the crimes, that means state officials can commit criminal acts with impunity if they also have sovereign immunity protection from a civil suit by Tricoli or Benedek.

To complete the thought experiment, now you have some small idea how Wright and Shuttlesworth must have felt when they were denied justice under the laws as written, and the US Constitution, in the Georgia of the 1960s.

Back then, Georgia’s legal establishment attempted to nullify the Constitution to maintain an evil system of segregation and discrimination. Today, Georgia’s mandarins seek to undermine the rule of law to protect state government officials who have committed felonies and create a safe space for criminal conspiracies against the public interest.

Can they evade Georgia law and the US Constitution to do that? Fifty years later, we are about to find out again.