See: All Outlandish Conspiracy Theories columns
There was a full investigation. I can’t say more because of pending litigation.
— Text message from then-Attorney General Sam Olens

When former Georgia Perimeter College (GPC) President Anthony Tricoli sued the Board of Regents of the University System of Georgia (USG) after Tricoli was scapegoated for the disappearance of at least $10 million, then-Attorney General Sam Olens said Tricoli’s civil RICO action was an “attention-seeking gimmick,” and that the fraud claims were an “outlandish conspiracy theory.”

That is only one of many questions to which Sam Olens never had even a shred of an answer. And talk about having it both ways, when Olens was pressed on this point by Georgia activists, he gave the contradictory answer that there had been a full investigation.

What we now know is that Olens allowed the USG to investigate itself. The first question you might ask yourself is why a state agency charged with misappropriation of millions in taxpayer money would be given leave by the top law enforcement official in the state to investigate itself and get back to him.

But that is exactly what is documented in the USG’s after-the-fact self-review, that began after Tricoli had already been blamed and fired over the financial scandal.

Not surprisingly, when the USG’s self-review, also known as the “Special Report,” came out, it was found to contain many discrepancies. [[[Tony: is that the right word, or should it be fraudulent claims, or something else? Ask Steve? Also not sure about “came out” – should it be “was made public”? We can’t say the review “found that” and leave it hanging, because the following information is not in list form.]

The self-review lied about the advance knowledge of USG officials such as then-Chancellor Hank Huckaby and then-Vice Chancellor, now Chancellor, Steve Wrigley. The Special Report perpetrated the fiction that these USG officials knew nothing about the brewing financial scandal at GPC that began in January 2012 when mid-level GPC administrator Keith Chapman sent an email to GPC Vice President of Finance Sheletha Champion to ask why millions of dollars were “gone with no explanation” from GPC’s reserves.

The author of the Special Report, USG chief of audit John Fuchko, said no one at the USG knew anything about that till months later — when the financial discrepancies were supposedly discovered by an overnight review of GPC’s books on April 26, 2012.

That is demonstrably false since Sheletha Champion sent a report to the USG, for purposes of reaccreditation evaluation, over a month earlier, in March of 2012. That report from Champion, that went only to the USG and not to President Tricoli or the rest of the GPC administration, documented a $14 million deficit — at the same time the VP of Finance was reporting to the GPC administration.

The Special Report admits two sets of books were kept at GPC, and that reports to Tricoli and the GPC administration were wildly inaccurate. Yet the USG self-review found, nonetheless, that Tricoli was to blame. The Special Report engages in its most improbable legerdemain when it postulates that Tricoli was part of the GPC “financial team” responsible for the lies that were told to him.

Attorney General Sam Olens later argued in court that it was all Tricoli’s fault because Tricoli should have examined the accounting worksheets and ledgers himself to ascertain that the VP of Finance was lying to him.

Olens also said there was no need for the attorney general’s office to investigate because there was no evidence of anything wrong — even though two sets of books is textbook evidence of criminal fraud.

Yet there was even more fraud Tricoli did not find out until much later — in fact, after the courts dismissed his case, declaring state officials enjoy sovereign immunity for any financial crimes they may have committed with millions in diverted taxpayer money.

The Special Report, the USG’s review of its own actions, was illegally used in place of the independent audit required for reaccreditation review. It is essential that USG institutions meet the financial requirements to qualify for reaccreditation every 10 years — because accreditation is a prerequisite for receiving federal assistance.

How did the USG get by with substituting a self-review for an independent audit? And why did SACS, the regional accreditation agency authorized by the federal government, comply with this violation of the legal requirements? SACS now refuses to produce any of the public documents related to USG accreditation at this time, even though those documents are public record.

That is the real reason Olens allowed a USG self-review, to cover evidence that funds were diverted from GPC reserves and that USG financial reports were falsified — a felony by itself under OCGA 16-10-20 — in order to fraudulently qualify for federal financial aid. That federal aid consists of about a billion dollars a year in Pell Grants alone, and falsifying the finances to qualify for that aid violates the Federal False Claims Act.

No wonder the USG appointed Olens to a $500,000-a-year job after Olens obstructed the investigation that should have discovered this billion-dollar fraud scheme. When all these claims were filed into court, Olens’ appointed successor, Attorney General Chris Carr never responded. Carr did not say whether he investigated or not. —CL— 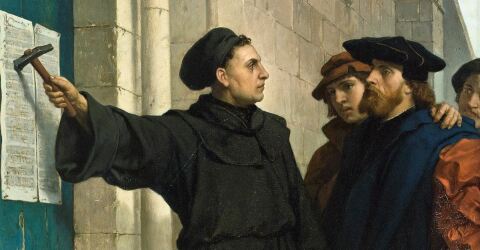 OUTLANDISH CONSPIRACY THEORIES: The October Surprise is not what Georgia Attorney General Chris Carr had in mind Article 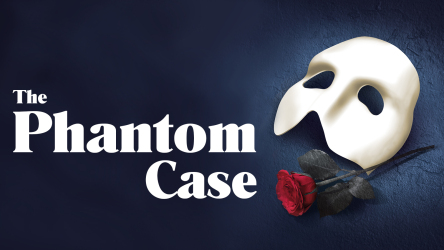 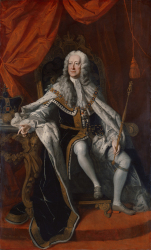