Atlanta according to Bangladesh 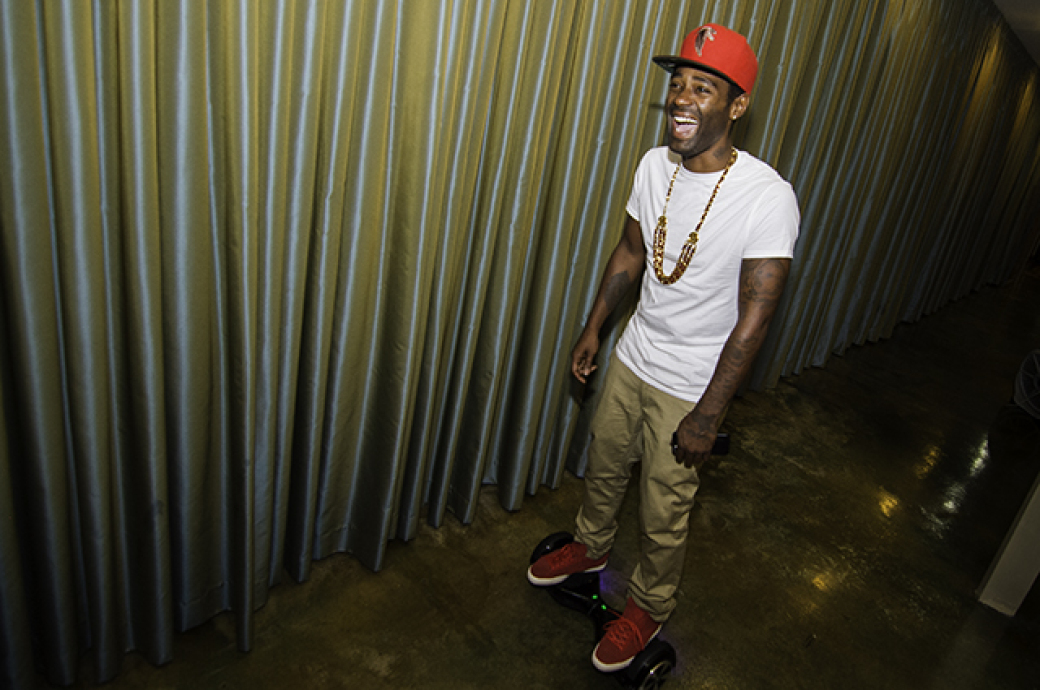 It's surprising to hear Shondrae "Bangladesh" Crawford say he's a naturally shy person. With a track record that includes everyone from Lil Wayne ("A Milli," "6 Foot 7 Foot") and Beyoncé ("Diva," "Video Phone") to Kesha ("Sleazy") and Kelis ("Bossy") the producer has collab'd with some of music's most extroverted personalities. One could argue that Iowa transplant, who landed in ATL two decades ago, and his future-rap production sound has been one of the loudest and most influential in hip-hop. At his Grammy House studio space, Bangladesh shared some of his favorite (and not so favorite) things about the city.

The first three words that come to mind when I think of Atlanta are ... you know I want to take it into a time period, late '80s, early '90s, 2000s ... authentic, original, and the essence of black. The weekends, you could just go Downtown; you'd be in traffic and you're having fun with no money. That shit was a whole other thing; there's no experience like that now. It was the essence of black lifestyle on a higher level.

The most overrated thing about Atlanta is the music scene. It's not that Atlanta doesn't run music and pop culture but you can't really get too much done here. It's like you've got to go to Cali. Everybody in Atlanta's in Cali, and everyone from Cali is in Atlanta. Everybody, they'll try it here, and it's slower. Then, they'll go to L.A., and it's expensive, so they'll come back laughs.

My favorite living Atlantan is probably my family.

One thing about Atlanta that's really weird to me is the idea everybody's somebody. Like all the chicken wings you see on the ground — all of them important. Everybody's important; there's no regular shit no more. People are really living out fantasies in their heads. There's a lot of people that aren't really comfortable with who they are. They've always gotta be sauced up and got to have extra sauce on it. It's just extra. It's not transparent. When people move here or come here they had already sauced their selves. It's not even cool to say who you are now. It's like me saying, "I'm a producer." Everybody's doing that shit.

The one place that every Atlanta-based musician should visit is Grammy House Studios.

Two Atlanta musicians I find inspiring are Peewee Longway and Famous 2 Most.

The one place in Atlanta I like to go to for relaxation is well, relaxing and escaping is kind of a weak tendency. Honestly, the type of person I am, I don't relax. I can't relax. I don't know how it feels to relax. I think a girl rubbing my head and me falling asleep is the most relaxing shit.

My favorite building in Atlanta is the Daughters of the American Revolution building off 14th Street, by the W Midtown. It's some old-school shit and it's just a wall, just the front of the building standing up on these pieces of wood.

The motto for Atlanta should be ... The motto? I just want the old Atlanta back, the more creative, open-minded people. There was a whole other level of creativity that's just not accepted anymore. The shit OutKast was doing, this generation wouldn't fuck with that. It's totally different now.

The one Atlanta moment I miss the most is the clubs being open in Buckhead, and staying open till 4 or 5 in the morning. I miss Club 112, I miss the non-violent era till the violence happened and it got shut down. I remember you could just go out your house, get in your car, and you could just drive up there and be turnt up. You could pick up girls, and you don't have to go in the club, you don't have to pop a bottle, you don't have to spend all this money. Now it's a bottle war. People are bringing caskets full of bottles. That shit's stupid! That shit's kind of corny now. I miss that freedom, and that it was just cool to be who you are.